Skip to Content
Home / Latest / My Journey Away From The Acronym 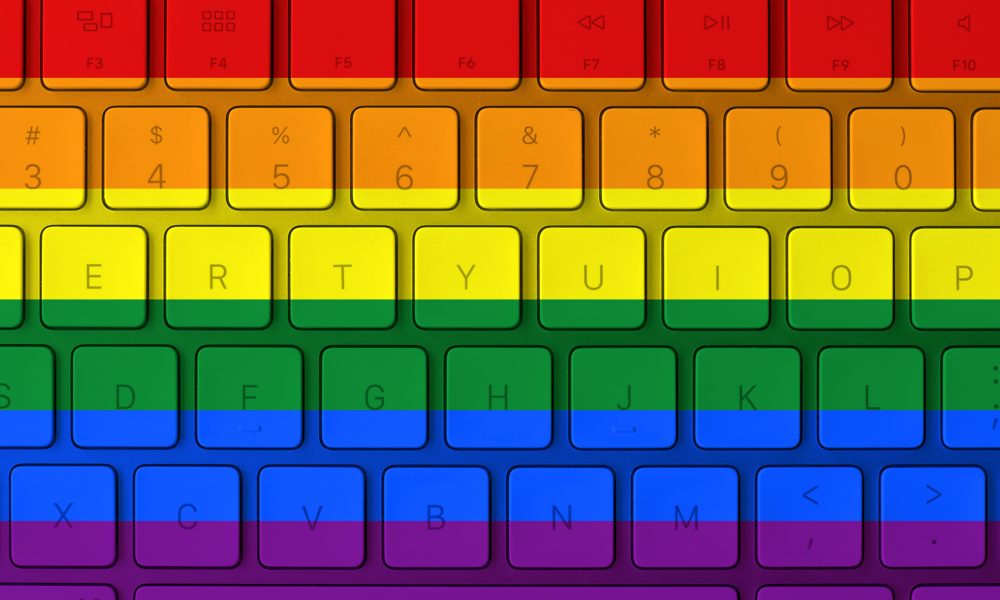 My Journey Away From The Acronym

I was facilitating a seminar on effective communication recently with a small group of senior business leaders when I witnessed something new. Four cisgender heterosexual executives were arguing over the “right” acronym to use when referring to my community. One claimed that his daughter had confirmed it was LGBTQ. Another protested. She was adamant that his version wasn’t nearly enough letters. The other two furiously took to their phones, hoping they could Google their way to victory. I had to pause the conversation to ask why it mattered so much to them. One replied quite earnestly, “I really want to get it right. I want to make sure that, as an ally, I’m not offending anyone with my language.”

What stood out to me about this situation was that these folks were more interested in how others perceived them than in what they could do – as people in positions of power – to make positive, lasting change. The focus was entirely on language and not about people. For me, it was a first step away from the acronym.

The US media monitoring agency GLAAD has published 10 editions of its media reference guide since it was founded in 1985. When it comes to acronyms, the most recent edition offers specific advice: “The term ‘gay community’ should be avoided, as it does not accurately reflect the diversity of the community. Rather, LGBTQ community is preferred.” This is reflective of consistent shifts in the organization’s recommendations, considering it dropped the words “Gay & Lesbian Alliance Against Defamation” (defaulting simply to GLAAD) from its name in 2013 in an attempt to be more inclusive of bi and trans community members.

The truth is that there is no standard version of the acronym that is universally agreed upon. At my organization, Pride at Work Canada, for years we used LGBT (lesbian, gay, bi, trans). Then, over time, we transitioned to the acronym LGBTQ2+ (lesbian, gay, bi, trans, queer and two-spirit), mirroring the version used by the Canadian Human Rights Commission (LGBTQ2) and adding a plus sign (+) to encourage those whose specific identities are not represented to see themselves in our work. Other organizations use longer or shorter versions. For example, the Saskatoon Diversity Network, which presents Saskatoon Pride, uses LGBTTI2QQ, while the UK-based Stonewall uses LGBT.

Nobody hands you a manual on terms and phrases when you come out. Furthermore, each of our own personal views on representation are shaped by our lived experiences and by other facets of our identities that impact how we move through the world, such as race. When so many people who identify under these various acronyms use seemingly disparate versions, it can cause confusion among those looking in from the outside. In the work I do, I often hear these acronyms described as “alphabet soup” or in other, less family-friendly terms.

These comments are common among some people whose identities are well-known, such as cisgender people who identify as heterosexual. Cicely Blain, a diversity consultant and facilitator based in Vancouver, explains: “If you’re cis and straight, you might not feel like you need a label, but labels can be really important. That’s how we shape our identities and build our community.” In their facilitation work, Blain feels that it’s important for people to understand the terms used to articulate various sexual orientations and gender identities, especially if the audience does not identify under any known acronym. “The more terminology we know, the closer we get to inclusion,” says Blain.

However, Blain employs additional terminology in their work, depending on who is listening. “Sometimes it’s easy enough to just say ‘queer, trans and 2S’ because it gets the basic message across,” they explain, adding that “because ‘queer’ came from being a slur and some people still see it that way, I often wait to introduce that word to beginners until they’ve understood the basics.” Blainalso uses more general terms such as “sexual and gender minority community,” which references the same group described by “LGBT community” without focusing on identities.

Lee Airton, an assistant professor in the Faculty of Education at Queen’s University, prefers the approach of referencing the grounds we deal with (sexual orientation, gender identity and gender expression) over centring the conversation around specific identities, explaining, “When I teach about gender and sexuality to people who want to be teachers, I very rarely use the acronym at all.” Airton says that when they use terms like “LGBT community,” what they often find is that people come to the subject matter with preconceived ideas of who that is. That preconception shifts focus from what’s really important. “What I worry about when deploying the acronym is that people take away the need to define every term,” says Airton. “People become quite anxious because it starts to be more about memorization” rather than the actual work at hand: understanding gender and sexuality and how they function in the real world. Airton tries to remind students that “everyone has agender expression” – not just people who “don’t do gender in the usual way.”

To take this content out of the classroom, Airton wrote the book Gender: Your Guide, described as “a gender-friendly primer on what to know, what to say, and what to do in the new gender culture.” The book aims to provide some clarity to those who are interested in (or confused by) the evolving conversation about how we articulate gender and sexuality.

My job is focused on the rights of people who are marginalized on the grounds of gender expression, gender identity and sexual orientation. As with many people in my line of work, this subject matter is not a set of abstract concepts – it’s also a big part of my identity. As someone who sees themselves represented in acronyms like LGBTQ (I identify as queer), I can’t imagine how it feels to have my identity bundled in with countless others and represented by a simple plus sign. I also can’t imagine being able to accurately and authentically articulate the vast number of individual identities I have encountered in my life in this community as well as at my job. So I’m rethinking how I engage with the acronym. At Pride at Work Canada we’re shifting how we refer to the people we serve by making updates to our mission and vision statements that remove acronyms altogether; instead, we’re focusing on the grounds we work with.

Teaching people to recite a long list of identities certainly helps to generate understanding of the diversity we see in this community. However, it does not on its own help people to understand how systems of biphobic, homophobic and transphobic oppression present challenges, and what people can do, on an individual basis, to open up opportunity for gender and sexual minorities. So the next time someone asks me about the “right” acronym to use, I’m going to have to answer with “It’s complicated,” and hope they have some time to chat.

COLIN DRUHAN is the executive director of Pride at Work Canada, a not-for-profit organization that empowers employers to build workplaces that celebrate everyone, regardless of gender expression, gender identity and sexual orientation.