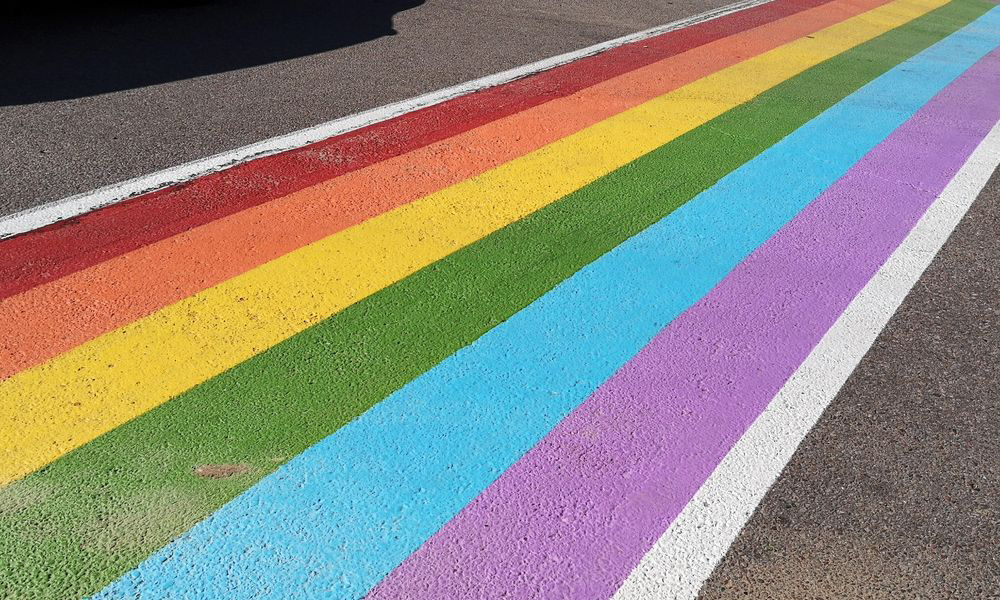 The Adventure Of Honouring The Pride Legacy

Canada helps newcomers to live in a safer place, but it’s still far from being a paradise because of the systemic barriers…

One thing that I have learned in life is that I cannot speak for everybody. All of us are on our own journeys to know who we are and to leave our legacy for future generations. Maybe some of us don’t consider what our communities will be like for those who live after us, but others want to continue improving our society, as did those who came before and left the world a better place for us. Many of the civil rights advances that we enjoy today came from those people. I do my best to be in the second group, and I’m still learning what I can do better for those who haven’t yet been born.

Although I’ve walked in different paths and directions for the past years, something inside me says that I’m just at the beginning of my journey. All the new learnings show me that, but they also indicate that the start point is far away. It’s funny because I remember when I had the call to go on my own adventure, like Bilbo Baggins in The Hobbit, when he left the shire and ended up fighting against the evil to protect his beloved ones.
I’m from Brazil, a country that is known for its multicultural population and for all the celebrations. We are considered happy, full of life and very welcoming to the different. However, that is only half true. Unfortunately, the country is one of the most complex for LGBTQ+ people. Although we are at the same legal level for sexual orientation laws as Canada, many European countries and New Zealand, Brazil is one of the leading countries for homophobia and transphobia. Considering all the to understand who I was. I was influenced by others to see Pride parades only as big parties, and I continued to live afraid of people knowing about my authentic self. Although my professional career was developing in corporate social responsibility, community engagement and human rights, I had issues to include myself in the world I was helping to create. Trying to be invisible and to avoid the focus on my personal life wasn’t the right solution.

Everything changed when I had the opportunity to come to Toronto, one of the most friendly cities in the world for the LGBTQ+ population. That visit blew my mind because I saw that I could live the life I wanted and be truly happy.

I came to Toronto as an international student years ago, and was mesmerized by seeing LGBTQ+ people living their lives publicly. Considering the reality I lived in at home in Brazil, it was fantastic to witness queer people holding hands with their partners, people proudly showing their gender identities and gender expressions, not hiding their lives. I interpreted that as they were marching their own Pride parades, carrying their rainbow flags, and creating spaces for others like me. The trip was a few weeks before the Toronto Pride parade, so I could live and embrace that feeling of being part of something bigger. The taste for more became so strong that one of my journey paths brought me to live here some years later.

After moving to Canada, I decided to embrace that sense of community and belonging to help others overcome their fears and be their authentic selves. Worldwide, Canada is considered one of the “paradise lands” for LGBTQ people. More than 70 countries still criminalize people for their sexual orientation, gender identity and gender expression – and a few of them punish people with the death penalty. As Canada seems to be very progressive and inclusive, immigrants come for better living conditions and refugees seek asylum here because newcomers believe that this land flows with milk and honey. However, the reality has a bitter taste: many LGBTQ+ newcomers will face challenges related to employment, housing and other systemic barriers.

Although Canada has advanced in LGBTQ+ inclusion, and is considered one of the best places in the world for LGBTQ+ people, there are several needs to transform this country into a true paradise. Conversation therapy is real, despite recent efforts from government sectors and civil society to ban it. Trans people continue to face underemployment and transphobia in workplaces and the hiring process, not to mention housing, (mental) health and legal issues. BIPOC, immigrants and refugees are marginalized many times because of their intersectionality. Biphobia is strong, and bisexual women earn less than straight or lesbian women. Those are just some examples of what still happens in Canada.

I have experienced some of those issues, and I have heard many other cases from friends and colleagues. Two of those experiences have inspired me to pursue my community engagement. In September 2019, a religious group and some white supremacists tried to march through the Village on a rainy Saturday. I joined several members of the LGBTQ2+ communities in Toronto to protect our neighbourhood, with support from The 519. Hundreds of us appeared to protect our space, and we conquered, with the efforts and lives of many LGBTQ2+ activists. We spent the whole day protecting our communities from intolerance, and I remember being so emotional because I felt embraced by the different communities under the acronym umbrella. For the first time in my life, I felt a sense of belonging and I was making history honouring those who have been fighting for our rights to live in peace. Maybe it was my first battle like a hobbit, fighting for the well-being and future of our Middle-earth. That day was more special than any Pride parade, and I could give back to our communities when I helped to protect the legacy of those who had come before.

The other case that I mentioned was heartbreaking. Even with my own intersectionality and experiences of prejudice in Canada and Brazil, I’ve never faced any challenges related to housing. I went to a teach-in session about trans inclusion, and one trans person was talking about how hard it is for them to rent a place because landlords don’t want to lease their units when they know it is for a trans person. I was aware that trans people have been living with underemployment, earning low salaries and being harassed, but I witnessed that day how they have been denied access to some basic rights. And I have learned a lot more! There are several studies about the health status of trans people, who have health issues because they don’t have safe access to public washrooms, for example. These people are the same ones who have been fighting for our rights for decades, and we should do more as members of the big acronym umbrella.

It is why we must recover the legacy of those who came before and acknowledge the importance of their dedication and work when we celebrate Pride. We should create more opportunities for lesbian, bisexual, trans, queer and two-spirit people, who continue facing systemic barriers despite the improvements all of us are experiencing nowadays. It’s why it is so important to celebrate Pride inviting everyone to dance, as Vernā Myers once said about inclusion. And we should dance without judgments, so we can be our authentic selves and feel the sense of belonging among ourselves in our own communities.

As I mentioned here, I’m still in the beginning stages of my journey and learning with anyone who surrounds me. From Indigenous people, the lesson is the importance of communications and the impact of our decisions, considering the past and future generations. From community leaders, it’s to have more commitment to support and protect those people in need. From queer and trans peers, it’s to never give up and be strong while we dance and celebrate the pains and pleasures of being who we are because we live Pride all year long.