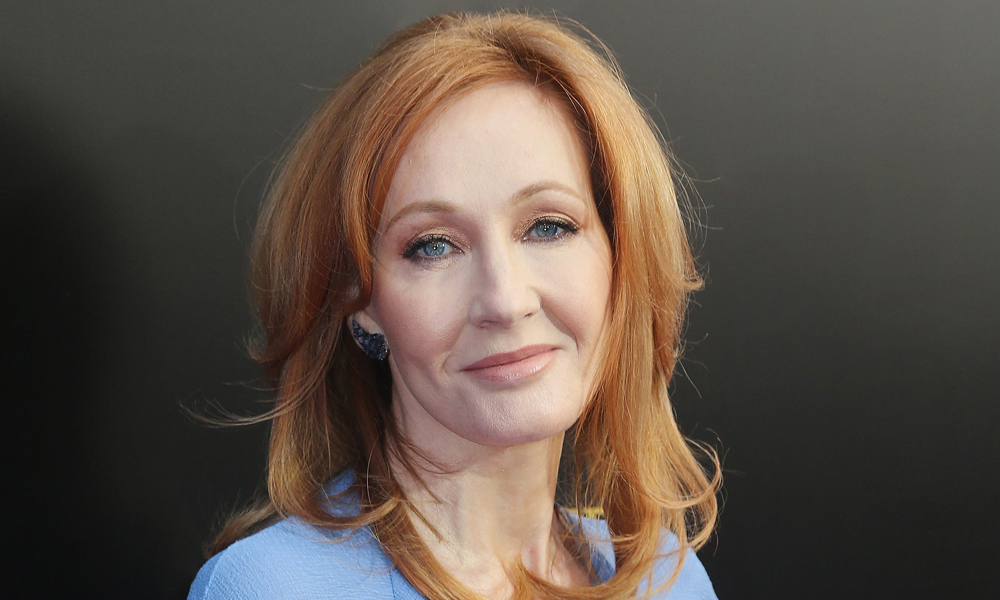 The world is going through a lot right now. With a global pandemic still in full swing and Black Lives Matter protests happening all over the world every day, J.K. Rowling thought it would be a good time to remind everyone that she’s still transphobic. And in the middle of Pride month, no less.

In a recent tweet, Rowling shared an article that refers to “people who menstruate” and commented, “‘People who menstruate.’ I’m sure there used to be a word for those people. Someone help me out. Wumben? Wimpund? Woomud?” Rowling’s comments fail to take a number of people into consideration: transgender men who still menstruate but don’t identify as women, women who no longer menstruate, and of course, transgender women.

After people started calling her out for her transphobic views, Rowling doubled down in a series of tweets where she argued that “if sex isn’t real, there’s no same-sex attraction. If sex isn’t real, the lived reality of women globally is erased. I know and love trans people, but erasing the concept of sex removes the ability of many to meaningfully discuss their lives. It isn’t hate to speak the truth.”

These tweets and her past support of anti-trans activists such as Maya Forstater, a woman who sued her former employer for “discriminating against her” for her transphobic beliefs, have led many to Rowling of being a TERF. Trans-exclusionary radical feminist, or TERF, is a term used to describe feminists who express ideas that other feminists consider transphobic, such as claiming that trans women are not women and insisting on a version of feminism that recognizes only a binary view of gender and a biological definition of womanhood.

A few days after her original tweet, Rowling published an essay on her website that describes her views and the reasons for them, in depth. From insisting that “biological sex” is of utmost importance to reiterating a number of damaging trans stereotypes, Rowling reveals over and over again that she doesn’t see trans women as real women. At the same time, she writes about the compassion and empathy she feels for trans people and everything they have to go through.

In an attempt to demonstrate her understanding of where transgender people are coming from, Rowling even says she too might have considered transitioning had the option been available to her as a teenager. “The allure of escaping womanhood would have been huge, “ she writes. “If I’d found community and sympathy online that I couldn’t find in my immediate environment, I believe I could have been persuaded to turn myself into the son my father had openly said he’d have preferred.”

The belief that gender identity is a phase, a choice, or something that is influenced by other people is a stereotype that minimizes the struggles of anyone who experiences gender dysphoria. Transitioning isn’t easy but Rowling seems to be saying people can choose to transition on a whim simply because they think it’s more convenient to be one gender than another.

In her essay, Rowling goes on to reveal that she is a domestic and sexual abuse survivor and those experiences have made her even more focused on biology, “out of solidarity with the huge numbers of women who have histories like mine, who’ve been slurred as bigots for having concerns around single-sex spaces.”

Referring to the debate around public washrooms in particular, Rowling claims she’s concerned for the safety of cis women and girls. “When you throw open the doors of bathrooms and changing rooms to any man who believes or feels he’s a woman—and, as I’ve said, gender confirmation certificates may now be granted without any need for surgery or hormones—then you open the door to any and all men who wish to come inside.”

Throughout her essay, Rowling talks about how easy it is for a biological man to become a woman in the eyes of the law and how potentially dangerous that could be for cis women. The fear that a large number of transgender women are just men who want to be able to use women-only spaces unchecked is a harmful stereotype that paints trans people as predators instead of just human beings who want to live their lives.

In her attempt to defend herself against the TERF label, Rowling just ended up providing more solid evidence that she is one. She works hard to disguise her views as feminism and genuine concern for the wellbeing of all women, but relies heavily on a number unsubstantiated opinions about trans people that the community has been fighting against for years. Rowling sees herself as highly educated on transgender issues but she still fails to see how her views—and her insistence on using her huge platform to promote them—are hurting transgender people.

A number of Harry Potter alum have tweeted their vehement disagreement with Rowling’s views and support of trans women and the transgender community in general. Daniel Radcliffe penned a heartfelt response for The Trevor Project, a nonprofit organization providing crisis intervention and suicide prevention services to young LGBTQ people. “Transgender women are women,” wrote Radcliffe. “Any statement to the contrary erases the identity and dignity of transgender people and goes against all advice given by professional health care associations who have far more expertise on this subject matter than either Jo or I.”

The actress followed up by saying, “I want my trans followers to know that I and so many other people around the world see you, respect you and love you for who you are.”

In an interview with Variety, Eddie Redmayne said, “As someone who has worked with both J.K. Rowling and members of the trans community. I wanted to make it absolutely clear where I stand. I disagree with Jo’s comments. Trans women are women, trans men are men and non-binary identities are valid.”

J.K. Rowling refuses to admit that she is transphobic and continues to initiate and provoke conversations attacking trans identities and their right to belong. Let’s all follow Jonathan Van Ness’ lead and take this as a reminder to donate to charities that are putting in the work to help trans women of colour — that’s a lot more productive than being angry.

So to be clear I think that sex and gender are different it would feel strange for me as male in both if these to see in the bathroom a “man” that has an appearance of a woman sexwise. So with other words to be transphobic and to say that biological women are women men are men and hermaphrodites are hermaphrodites is in my opinion not the same. I do not have a problem if a biological woman say “she” is a man or vice versa but I see it as a problem if we try to label everyone after their believs in what they are. Drastic exampls is sim female and sis male I am not a sis male I am a male and sombody can be a trans male meaning he is called “he” he can dress act make himself look however he wanst but he has two mX chromosomes and then i say as a person who loves biology that he has the sex female. But the whole discussion should be pointless because if we would treat male and female the same (hermaphrodites also) then we would not need a label becasue it does not magtter what you think or biologicaly are becasue you are the same a human being.
And by the way the last comment from AHIMSA42 does not make sense and is not realted to the topic at all

Everyone is entitled to their own opinions even if they don’t coincide with your own. I must side with J.K. Rowling for siding with the woman who was fired. Having an opinion against anyone or anything that has nothing to do with your job should not be a reason to be fired. Stop trying to silence people for their own beliefs.

This article is the kind of perpetual systemic mysoginism that needs to be eradicated from our society. Being a woman is more than physical appearance. This article is the reason women have been fighting against mysoginism in the workplace, rape, and the belittlement by others for all of humanity. How disgusting. Catlian Jenner, a biological man and millionaire claims to be a woman and then wins woman of the year at ESPN (A biological man won “Woman of the Year”). If a woman transitioned to a male, that would never have happend, but because of points of view like this, the women continue to have to fight for equality. This article is deeply offensive Courtney. I believe you have sacrificed intelligence, reason, and the scientific method for the sake of moral posturing. It is people like you that continue to embolden society to treat women merely based on their physical appearance. Just because someone claims to be a women, they are not. Just because someone claims to be a women, does not make it so. How intellectually narrow. I am tired of people like you, Courntey, making it harder for people like me to live in this world as a woman.

“In their behavior toward creatures, all men are Nazis. Human beings see oppression vividly when they’re the victims. Otherwise they victimize blindly and without a thought.” ― Isaac Bashevis Singer

“When the victim under consideration is a non-human animal — a member of another species — then suddenly the issue of slavery or exploitation becomes a matter of “opinion.” That is to say, our culture supports the unquestioned belief that human slavery and oppression is wrong based at least on the principle of justice for all, whereas animal slavery and oppression is simply a matter of opinion. It’s morally relative. And therein lies the problem. Therein lies our cultural bias of human supremacy. As long as we believe that just being a member of another species is a valid reason to exploit or discriminate, or to use that “inferior other” as our piece of property, then we accept the same flawed beliefs that rationalize exploitation based on religion, color, race, gender and sexual preference.”-Robert Grillo

“There will come a time in the future where we look back in shame at how we ate and used other animals for our pleasure. We will recoil at the violence we sowed upon them for our selfish desires. Just like all forms of oppression and exploitation that have come before us, animal exploitation will end. Which side of history will you be on when the history books have been written?”