Skip to Content
Home / Latest / Queering My Body: On Eating Disorders And Coming Out 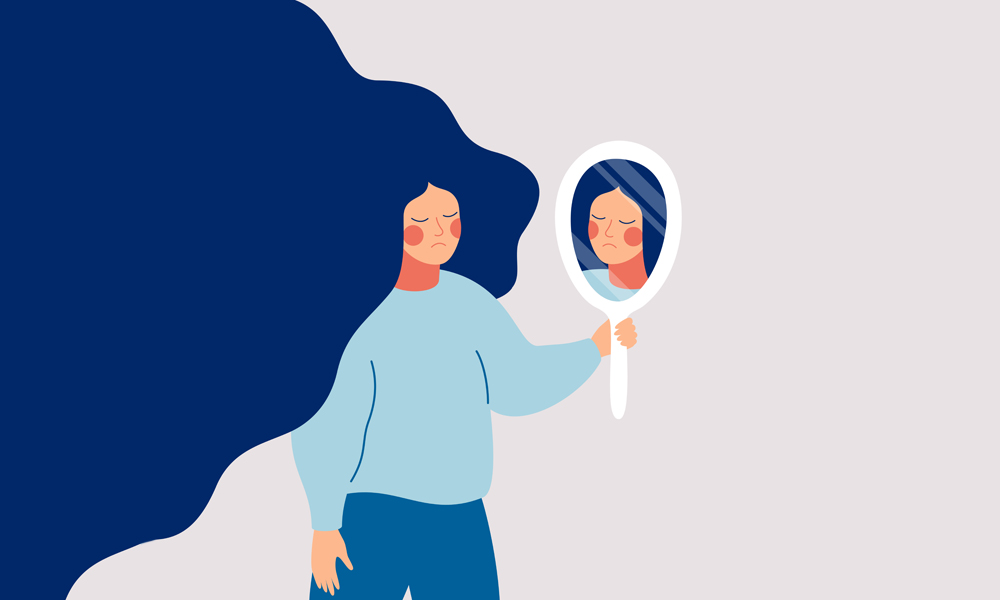 Queering My Body: On Eating Disorders And Coming Out

TRIGGER WARNING
When I was 18, I fell in love. Well, it was something that looked a lot like love from where I was standing. It was my first year of university, and I didn’t know what to expect. I hoped for a new beginning. I hoped that a big city would urge me to shine in ways my small town never could. But I was greeted at Toronto’s doors by the ghosts of my longings.

During my first relationship with a woman (my first relationship at all, actually), I developed an eating disorder. Eating disorders are complicated mental illnesses. There are different types, habits, reasonings, and ways in which they manifest. For me, it was pure self-hatred that fuelled my urge to erase my existence by denying myself nourishment – and in doing so, denying myself my life. Internalized homophobia is a fertile breeding ground for mental illnesses, and I had shame written all over me.

I had never thought about my body until the day I knew I had to start coming out to people. And when I say “had to,” I mean I knew it was the only way for my first relationship to be successful and happy. I wanted that more than anything. But it was hard to believe in the possibility given my own hesitancies and fears, and her openly homophobic family.

Of course, the actual act of coming out is not some requirement for LGBTQ+ people to earn their official community membership, but there is a constant pressure and desire to do so. After years of denying myself the joy of embracing my identity as a lesbian, I wanted to finally be out and proud. I wanted to hold my girlfriend’s hand in public and share photos of her kissing my cheek. I wanted to feel like I could live my life authentically and openly, but my mind prevented me.

It wasn’t evident to me at first. Why do I suddenly care about losing weight? Why am I thinking about every bite and sip I take?

I had never had body image issues before those moments, and I struggled to grasp why all my energy was being focused on something so seemingly trivial. All the time I was growing up, I have been thin. Clearly, thin privilege and white privilege have benefited me throughout my life. I have never doubted that my body “fit” in society because it always led me to believe so. But when I finally allowed myself to embrace my identity as a lesbian, my image and understanding of myself changed drastically. I was no longer the girl who felt she could take the world by storm, but a mere shell of that person.

It has been a few years since the worst of my disordered eating. And though my recovery has inevitably been imperfect, it has brought me clarity and confidence in myself, my body and my sexuality. Additionally, a lot in my life has changed since that time. To be frank, my life has gotten exceptionally and proudly gayer, and I love it.

A survey conducted by The Trevor Project found that more than 50 per cent of LGBTQ+-identifying youths have been diagnosed with eating disorders. And keep in mind that many people are never officially diagnosed. According to research published by the US National Eating Disorder Associate (NEDA), among men who have eating disorders, 42 per cent are gay, and the people who binge ate, purged and/or abused laxatives were largely bisexual, lesbian or gay. There are experiences LGBTQ+-identified people go through that affect them with specificity. Gender dysphoria, coming out, oppression-based trauma, bullying and the pressure of labels are all things LGBTQ+ people experience and are impacted by socially, mentally and physically.

There is, of course, more research to be done, but there is a clear relationship between eating disorders and the oftentimes difficult existence as an LGBTQ+ person. Despite the portrayal of eating disorders as “white girl illnesses,” they affect many more people than that.

I gradually became more surrounded by LGBTQ+ people and representation. I focused on engaging with the things and people that made me feel seen, respected and celebrated. My fears of being rejected by those I loved because of my sexuality, the self-hate I drenched myself in because of those fears, and the need for a distraction from my lonely, closeted life – all that slowly began to weigh less on my mind. Without the constant mental drawbacks of internalized homophobia and disordered thoughts, my anxiety eased, making space to begin embracing myself wholly. Flaws and all.

Being able to acknowledge my identity was the first step. After that, I started seeking out LGBTQ+ representation in whatever ways I could: television, film, academia, music, literature. As a writer, I love words. And lesbian writing quickly became my saving grace in recovery. Reading the words of someone who understands what it’s like to live in a lesbian body was essential. It birthed a sense of connectedness to my community and taught me to look at my body with lesbian eyes. It helped me grow empathy for my sexuality and the body I had taken my fears and hate out on for years. Having lesbian-specific representation acts as a protector between me and my disordered urges.

Recovery is not a straight path to a holy achievement. Not a means to an end. In fact, for me, it’s a super gay path to surprising, frustrating and hopeful ends that are never really the end.

The stress of discrimination, gender expectations, and the lingering of childhood fears remain a regularity in my life. But because of my community, I am able to fight those things. I am able to acknowledge that my body is here for a reason, and it is not to fade away.

EMILY NORTON is a writing student and poet from Toronto. Her work centers themes of identity, reclamation, honesty, and of course, lesbians. If she’s not writing, she’s probably watching TV or thinking about her dog. You can find her on Twitter  @_emnorton.