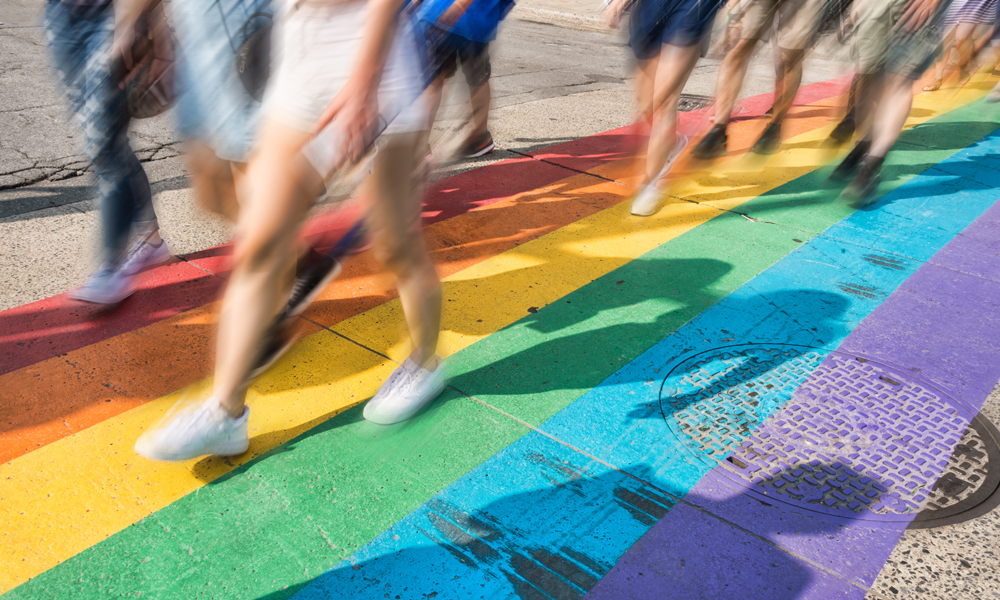 Among the rainbow sea of Pride-themed ads and promotional items we are bombarded with every summer, it’s easy to forget that not long ago, marketing to LGBTQ communities was a taboo practice. When IKEA launched the first mainstream TV ad to feature a gay couple in 1994, it only aired during late-night. It didn’t feature racy content—just two men who were quite happy with their dining room table—but it prompted boycotts and threats that targeted the global furniture retailer. Despite the resistance, more companies followed suit. Now, almost 25 years later, marketers have caught on, but they still struggle to get it right.

The global LGBTQ market has an estimated spending power of more than $5 trillion. A recent report by INTO and Brand Innovators revealed that more than 70 per cent of LGBTQ consumers said a brand’s reputation as being LGBTQ-friendly directly influences their purchasing decisions. Many advertisers see Pride season as a prime opportunity to take their message directly to LGBTQ consumers. These festivals are no longer just big-city fare, with an increasing number of events taking place in smaller communities and even in countries where it is illegal to be LGBTQ. This centralizes a lot of targeted marketing in the summer months. However, many community members aren’t satisfied with a simple nod in June. That INTO and Brand Innovators report shared that only 13 per cent of LGBTQ consumers are positive towards brands that only advertise to them during Pride season.

Community members want more than a rainbow flag ad when it comes to where they spend and where they work. A Pride at Work Canada survey of LGBTQ job seekers found that 66 per cent of respondents would feel comfortable applying for a job with a company that publicized its LGBTQ-friendly policies and programs, versus just 34 per cent who said they would be similarly motivated by a float in a Pride parade. “Frankly, I need to see change at a fundamental level,” said one survey respondent. Others voiced concerns about how deeply a company’s commitment runs if all they see is an activation at Pride, with one respondent saying that seeing a float in a parade is wonderful but it doesn’t help them understand “if the workplace will have bathroom facilities I am comfortable using.”

As the training and education program coordinator at the Rainbow Resource Centre, which offers support to LGBTQ people in Winnipeg, Muhammad Ahsan supports the LGBTQ community year-round. He wishes some corporations would do the same. “If you are a true ally and passionate about the community, it should not be limited to one month or week. It should be 365 days of Pride,” says Ahsan, who switched banks from an institution that only flew a rainbow flag during Winnipeg Pride to one that kept theirs up all year. He says it’s great when employers leverage the excitement of Pride season to get their staff involved in training and education about LGBTQ communities, but cautions that it shouldn’t stop there. “It’s a good time for organizations to capture attention, but it should lead to bigger things.”

Stacy G. Kelly knows the importance of capturing attention during Pride season. As the director of philanthropy for The 519, a community centre offering services to LGBTQ2S communities in Toronto, he’s responsible for the organization’s biggest fundraising event of the year. Since 2008, The 519’s Green Space Festival—a five-day festival that hosts more than 35,000 attendees annually—has brought in over $2.5 million to support the centre’s programs, which operate all year. “It’s a beautiful form of engagement – when people come together to celebrate love, diversity and inclusion,” says Kelly, “and more importantly, to give back to the community and raise essential funds for The 519’s year-round programs and services that support underserved LGBTQ2S community members.”

Companies can learn a lot from community groups that use Pride season to draw attention to the great work they are doing every month of the year. AT&T, one of the most recognized brands in the United States, complements its sponsorship of dozens of Pride festivals across the US with consistent engagement with LGBTQ customers, mostly through LGBTQ media. “It’s my view that advertising with LGBTQ-owned and -operated publishers is a best practice,” says Robert Hebert, LGBTQ marketing lead at AT&T. “Reaching the LGBTQ community at scale and with frequency is key to the success of our campaigns.”