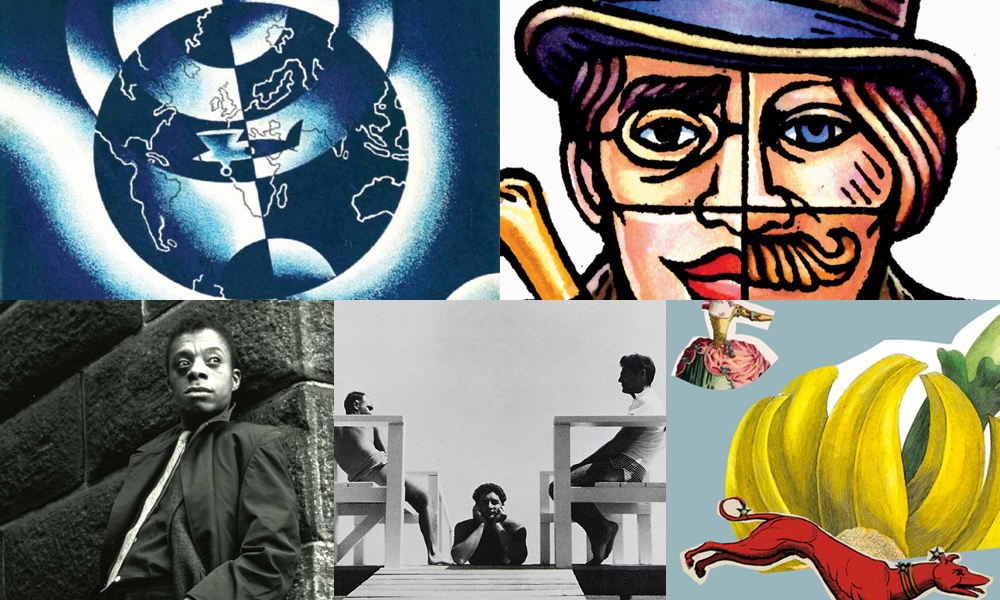 The Books That Helped Me Figure Out Modern Queer Life

A list of books that helped shape my ideas about LGBTQ2+ culture, desires and life…

In his oeuvre there are few gay characters, and Kundera writes few details about them. But at the time I was reading a lot of him, in my teens and early 20s, I was impressed with the neutrality of the references to same-sex attraction; there was none of the contempt, disgust, leering or jokiness that usually accompanied references by straight people to gay ones – just incurious indifference. As a young man on the verge of coming out, that seemed like exactly what I wanted – to be seen as ordinary and not having to account for any difference at all. Kundera also subtly tied gayness to anti-authoritarianism, which has also stuck with me. “Whenever a single political movement corners power, we find ourselves in the realm of totalitarian kitsch…. Everything that infringes on kitsch must be banished for life…. The mother who abandons her family or the man who prefers men to women,” he wrote, again in The Unbearable Lightness of Being.

Kundera is only one of the authors who unexpectedly shaped my views of queer life in those years before the floodgates of LGBTQ2+ writing opened up in the late 1980s and ’90s. Unlike our current era –  when hundreds of LGBTQ2+ titles are released each year and online shopping provides easy, searchable access to an infinite collection of previously published work – the young me read what he came across, sometimes looking for things that were only faintly there, using my imagination to fill in the rest.

I wish I had been strategic in my reading, but life lessons are often learned haphazardly. So, yes, the following list of books that helped shape my ideas about LGBTQ2+ culture and same-sex desire is oddly random.

Because he was something of a household name in Canadian book-reading households in the 1980s, I never suspected Davies of being subversive. But even the idea of a “fifth business” – the character in an opera company who is not hero nor heroine, confidante nor villain, that is, having no partner nor analogue – is inherently queer. It takes an androgynous woman to bed the novel’s otherwise asexual protagonist, Dunstan Ramsay, who is obsessed with his boyhood nemesis Boy Staunton, a man who is horny to the point of pansexuality. When Staunton is found dead, in his mouth is the stone with which he had, as a boy, killed Ramsay’s mother. In Davies’ 1981 novel Rebel Angels, the character Urquhart MacVarish likes having pink velvet ribbon shoved up his bum. For Davies, homosexuals are exotic whimsical creatures, simultaneously self-created and worldly. Are LGBTQ2+ people always more fabulous than their straight counterparts? Yes, answers Davies.

Compared to George Orwell’s relentlessly grim world of 1984, Huxley’s dystopia had streaks of intriguing possibilities. The eugenics, racism and legislated classism are repugnant by today’s standards, but the depiction of the infiltration of capitalism into every corner of people’s everyday lives doesn’t really go far enough to capture how we’re living today. The cheerful pleasures of Huxley’s soma tablets seem like a precursor to today’s molly and legalized cannabis. The casual recreational sex among straight characters seemed, to a younger naive me, farfetched. “‘And I had six girls last week,’ [Bernard] confided to Helmholtz Watson. ‘One on Monday, two on Tuesday, two more on Friday, and one on Saturday. And if I’d had the time or the inclination, there were at least a dozen more who were only too anxious….’” Little did I know about the corners of gay life where six partners in a week could be a modest take – and six at one time could be a disappointment.

In this petite collection of essays on film, Baldwin provides an adept and angry example of the power of intersectionality to see through all of society’s bullshit, to show how the tropes of victim and honourable citizen, predator and prey, are as manufactured as any sugar pill. The idea of disloyalty as a virtue bubbles under his dissection of films like In the Heat of the Night, Guess Who’s Coming to Dinner? and Lady Sings the Blues. About My Son John, a desperately anticommunist McCarthy-era film from 1952, Baldwin wrote of one of the two adult sons of a so-called all-American family: “The moment he enters the family house, he makes the reasons for leaving it very clear: his American Legion father, his adoring mother, his football-playing brother, bore him shitless, and he simply does not want to be like them. This is heresy, of course, and [actor Robert] Walker plays it for all it is worth, absolutely heartless and hilarious, acting out all his mother’s terrors, including, and especially, the role of flaming faggot, which is his father’s terror, too.” Lesson: call bullshit on bullshit.

I had never heard of White’s classic A Boy’s Own Story when I found this water-stained novella in a used-book bin. Though it’s set in a real place – the gay summertime playground of Fire Island – this story of an amnesiac young man trying to figure out who he is is so stylized that I took it for a fictional location, closer to Kafka’s The Castle than to places like the Pines and the Meat Rack, both of which I learned about much later. The book feels like it’s written in code: you have to live in the world for a while to understand what’s happening. Of course, this is a great metaphor for North American gay life prior to, say, the 1990s, when a veil of secrecy hung over gay socializing and sexualizing. In the novella, after a fire becomes the talk of the community, references to it are inexplicably turned into a community performance-art piece. “A new song starts up and everyone does the ‘Fire fire who.’ I, too, crouch and lift my arms as I advance between the girls across the room. The flames waver above their bed of white stones in the night breeze infiltrating the room, trying to remind us of something.” It chronicles the inscrutability of a society to outsiders – and introduced me to the pleasures of high camp.

Sexing the Cherry
By Jeanette Winterson
1989

It’s the late 1980s now and Winterson might already be described as one of the first major out literary stars. Most readers start with her dryly witty autobiographically inspired 1985 debut Oranges Are Not the Only Fruit, which was made into a 1990 TV series. It’s a classic, and cleared the way for the likes of Dorothy Alison’s Bastard Out of Carolina and Alison Bechdel’s Fun Home. But this post-modern fable-like novel is the opposite of something as true-to-life as a memoir. In Sexing the Cherry, Winterson has no interest in happily-ever-after, reconciliation, or even making clear the gender of her characters. Is it a man or a woman or someone else who is exploring a new place they have stumbled upon: “I decided to look round the place and began by going to a stall to buy some bread. The young woman behind the stall was unsmiling, though I smiled a good deal. Eventually she said, ‘What you’re doing is illegal. You should stop it.’ ‘What’s illegal?’ ‘Falling in love with me.’ ‘I’m not falling in love with you.’ ‘Why are you smiling then?’” Winterson was not simply saying: fall in love and have sex with who you want. She was saying: throw out all the rules about love and sex and who’s who, and invent your own story. As we, in our current era, figure out the role of trans and nonbinary people in our society, and scrutinize our relationships to love and sex beyond merely the genitalia of our objects of desire, Winterson might be the most prescient writer on this list.