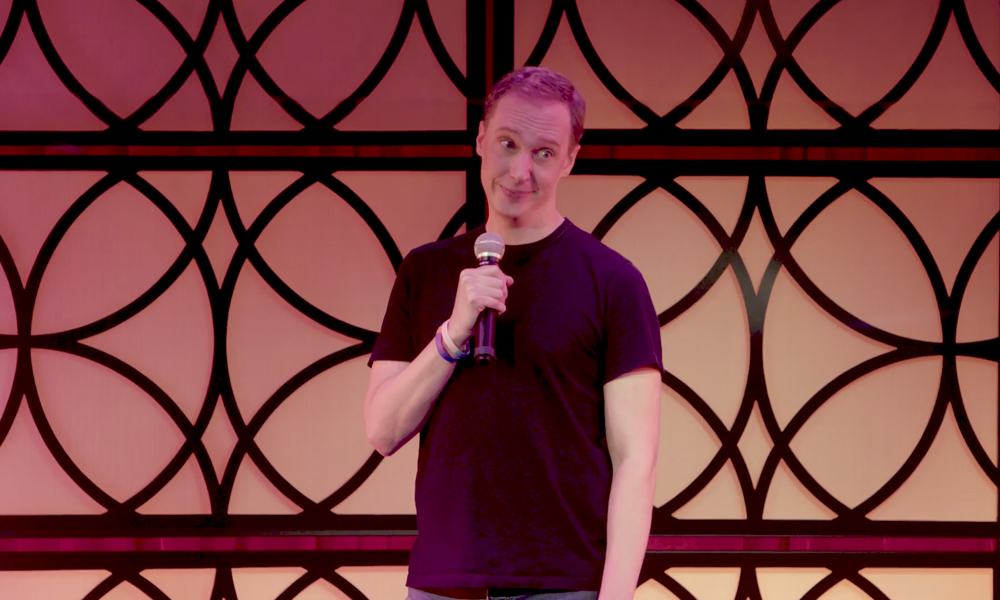 Robert Watson Is All About Queer Joy

We talked to the Toronto comedian about hosting Gay AF, his new comedy album and what’s next for him…

Robert Watson is a playwright and the creator of A Gay Victorian Affair, an award-winning web series that tells the story of a gay man and lesbian woman in Victorian England who enter into a marriage of convenience in order to keep their true desires a secret. With over three million views on YouTube and four Canadian Comedy Awards, the web series is one of Watson’s proudest achievements. But he’s not stopping there. He wants to help other LGBTQ+ voices break through in the comedy world, too.

That’s what Gay AF is all about. Started in April 2019 as a monthly show, Gay AF has evolved into a full stand-up comedy brand featuring top-notch queer comedians who represent the many intersections of the LGBTQ2S+ community. We sat down with Watson to find out what’s next for Gay AF and how he is making space for queer voices in comedy – including himself.

How did you get into stand-up comedy?

I’ve got a theatre background, so my interests always sort of led me to comedy. I think a lot of gay men are like, oh yeah, I’m a natural comedian. You know, we all think we’re funny. I was one of those gay guys; I think I’m pretty funny. So I was like, okay, I’ll do some stand-up.

I started out a lot later than I think most people start doing stand-up simply because I didn’t think there was space for me in the comedy community. I remember one of the first queer comedians I saw was Eddie Izzard. She got on stage and, using the language available at the time, just described who she was and she said, ‘This is me and this is my comedy.’ I never thought that would be possible for me, but seeing that she could fill a theatre full of people, I was like, oh, I can do this too.

It’s changed over the last two years and particularly over the last five or six, where there seems to be a lot more place for queer comedians. People want to hear our voices, and our community is realizing that there are some good comedians who identify as queer that we can go see and enjoy.

What made you want to start the Gay AF brand?

My friend and I started Gay AF together and he decided he was going to concentrate on some other comedy endeavours, so I was left this lovely gift of a queer comedy show where I could provide a stage for a whole bunch of comedians who aren’t necessarily getting a lot of stage time in the regular comedy world. And as the host, I ended up giving myself a stage as well.

I also feel like our typical audience is coming to have a laugh, but they also want to know they won’t have to hear jokes that disparage their community, and that’s something a show like Gay AF can provide. When you have popular comedians like Dave Chappelle saying the things that he does, it becomes more important than ever to provide a stage for people who aren’t on board with the convention that it’s still okay to pick on a marginalized community.

There are still so many people who don’t want us to exist, and that gives producing Gay AF an extra layer that goes beyond comedy. It’s about visibility and creating community. The longer I do it, the more it has expanded into being affirmation for any queer person who is watching. At least, that’s my hope.

How would you describe your own approach to stand-up comedy?

I make my comedy for queer people, and everyone’s invited. I’ve also described it as ‘super gay’ in the sense that there are no apologies for the content. I’ve been really latching onto the idea of queer joy, which is two things: the joy felt from seeing progress being made towards equality and the joy felt from feeling comfortable enough to live as your authentic self. I think what I want to exude in my comedy, whether I’m hosting or doing my own set, is the idea of feeling joy about being unapologetically myself. Because it’s been a journey, and that is what it is for so many queer folks: a journey to self-acceptance and loving yourself.

My first album, Homo Say What? is coming out in January 2023, and I describe it as ‘30 minutes of queer joy with a side of tea’ because I try my best to serve a little bit of truth and challenge some of the stereotypes in the gay community in a funny way.

Part of releasing this album is a chance for me to turn a little bit of focus onto myself and let people get to know me as a comedian beyond my role as host of the Gay AF show. The lovely thing about the album was that I was able to take all of my material and deliver it just as me, without worrying about everything that goes into hosting like making sure the crowd is warmed up for all the other comedians.

What’s next for you and Gay AF?

For me as a host, I’ve learned so much about community, and I want to keep building on that. It’s a balancing act, making sure the audience feels good, the comedians feel good, and everyone walks away feeling like they had a positive experience.

I’ve been asked to bring the show to a rural community or a place that isn’t as populated with queer people but has an audience that has expressed interest in seeing queer comedians. I also would like to work towards making queer comedy a bigger part of Pride celebrations, hopefully across the province.

As a white, gay man in Toronto, I’m aware that I have some privilege and I want to keep helping extend the opportunity for visibility to the rest of the LGBTQ+ community. I think sometimes we need to remember that the fight isn’t over yet and that we have a whole community that lifted us up and we have to lift them up as well. So let’s fight the fight with jokes.

Robert’s debut comedy special Out For Laughs, recorded in 2021, can be found on Amazon Prime and OutTV. His debut comedy album Homo Say What? will be released in late January 2023.