Skip to Content
Home / Life / Do Gay People Actually Know How To Talk? An Investigation

While slang and lingo serve as a cornerstone for creating a sense of community among queer individuals, it grows increasingly questionable as to who truly understands this language and who is simply regurgitating what they see online…

“That’s great you finally found your voice as a queer person, but why does it have a blaccent?”

I had one of the most baffling conversations with an acquaintance the other weekend. It was about the withstanding impact of slavery in modern-day America, and the standalone highlight for me was, “Honestly, Harriet Tubman was so mother for what she did.” That comment left me simply wondering, how did we as gay people get here in terms of the language we consciously choose, with zero irony, to chronicle the experience of our lives?

As our political climate drifts ever closer to the point where elected officials tweet in earnest, “Sashay away, periodt” in the context of deporting Haitian refugees, a girl can’t help but wonder how the colloquial language of Black and Latino trans women, sex workers and drag queens from the rough streets of The Bronx found its way into the boardrooms and legislatures.  While slang and colloquial jargon belonging to marginalized groups are usually intended to be used with a degree of insouciance, just how many people falling under the spectrum of queer identity have the jurisdiction to freely throw about these terms? And, stemming from that, how many of us have embraced the act of verbal minstrelsy in the name of queer self-expression?

A hard pill to swallow is the understanding that shared identity does not inherently create community. While there is a sense of unspoken human connection between all queer people, it is naive to believe that the lived experience of a Black trans woman living in Harlem is comparable to that of a cis white male in Vancouver based solely on the commonality of not fully meeting the criteria of heteronormativity.

So why does the latter so commonly speak with the same lingo and vocal stylings of the former? For one, many queer people simply do not know how to be queer at first, or at least what they believe the imagined idea of queerness is expected to be from them. Unlike other facets of identity that derive from specific branches of culture such as religion, ethnicity, nationality and other cultural facets, queer identity is not taught from a young age within the home but rather learned later in life, typically leading up to adulthood. What that often results in is teenagers and young adults being left to navigate this journey towards self-identity on their own. And what do people do when they’re feeling lost and on their own for the first time? Why, they refer to the internet, of course!

Many queer people from small towns or more conservative-leaning homes have said that connecting with fellow queer people online was their first time genuinely feeling embraced with their community despite the physical limitations of geographical barriers. For this, social media can be a wonderful tool for community and interconnectivity – but the issue is that too often the extension of queerness becomes distorted in these spaces. The internet allows access to knowledge and information that, frankly, we have no business knowing, and above all it allows individuals to join conversations we were not invited to. From viral shit-posting tweets popping up on our timelines to decontextualized Real Housewives of Atlanta clips making their way into our group chats as cheekily humorous memes, it can become easy for queer AAVE – that’s African American Vernacular English btw – to feel as though it is a part of our daily lives, with the act of interacting with actual queer Black people not needed.

For many non-Black queer people, this exposure to Black gay culture via the means of online engagement has created a sense of overfamiliarity and entitlement into realms of lived experience far beyond their own compression. In truth, when we speak of what is believed to be “gay culture,” what we are often referring to is the underground ballroom scenes of New York and Chicago, a subculture created by the socially ostracized Black and Latino queers and femmes whose robust histories cannot be comprehended by white mainstream America – despite the efforts of Ryan Murphy and RuPaul to commercialize and bottle it into a product before being sold alongside McDouble sandwiches. With the growing expansions of the Drag Race extended universe as well as the short-lived but nonetheless beloved Pose and Legendary, the underground has been extracted from the earth and thrust into the harsh light of the carnivorous mainstream to be feasted upon, and not just by straight people.

We can clown on Shawn Mendes’ discombobulated use of “it’s giving…it’s giving Cher,” or roll our eyes at our straight co-workers exclaiming, “Slay!” to thank us for updating the Team Google doc, but are we really going to pretend that white twinks using the phrase “serving cunt” to describe their white Vans x Zara button-up x skinny chain outfit combo is any less cringe? Ballroom icon and former Legendary judge Leiomy Maldonado has vocally expressed her disdain for popular vogue moves such as a dip being publicly mislabelled as a “death drop” by the poorly informed general public. This misappropriation of queer terms by other queer people is not unusual, and can be seen as prominently as Sam Smith proudly proclaiming themself as “trade” simply for wearing a plaid shirt and not smiling in photos, despite being openly queer and not Black and therefore not being trade by literally any sense of the term’s definition.

When we fail to acknowledge the historical context of a term’s origin – for example, Doll(s) is used to refer to trans women due to its reference to the steroid hormone estradiol, and thus should not be used by cis gay men to affectionately refer to their rugby team – we are undermining the integrity of its creators and are willingly participating in the dilution of their culture, much in the same way that we bemoan what straight people do to us.

Perhaps the most culturally significant statement ever uttered in the history of modern linguistic studies was the objecting assertion, “Yo Buckwild, where’d your accent go?” by rapper Flavor Flav addressing his potential paramour Becky “Buckwild” Johnston dropping her verbally minstrel performance of southern Black American identity upon deciding to be serious. What that brief clip from the golden days of late 2000s reality television provided us was an encapsulation of exactly how depictions of racialized idealizations of self can instantly be performed and then dropped at the ready by its appropriators as though it were a costume change.

This is not to say that the casual dropping of “she’s in her flop era” equates to that of Laganja Estranja adjacent butchering of AAVE, but we would all benefit to sometimes question our proximity to the root source of the jargon we are recycling in our day-to-day dialogues. As we as queer people continue to navigate our journey to authentic self-expression through personal growth, we would be wise to attempt to differentiate words of dialogues by our community members and confidants versus the invasive thoughts accumulating in our minds from chronic engagement to K-pop display pictured Twitter accounts.

All this to ask…was Harriet Tubman really giving mutha? 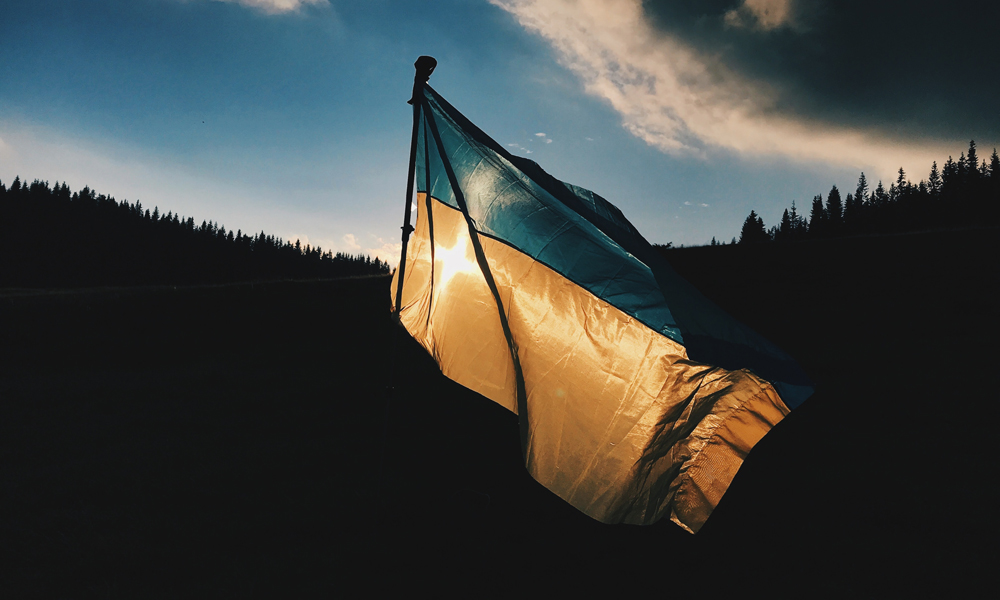