Skip to Content
Home / Life / When Will Science Tell Us Exactly What’s Wrong With Homophobic People? 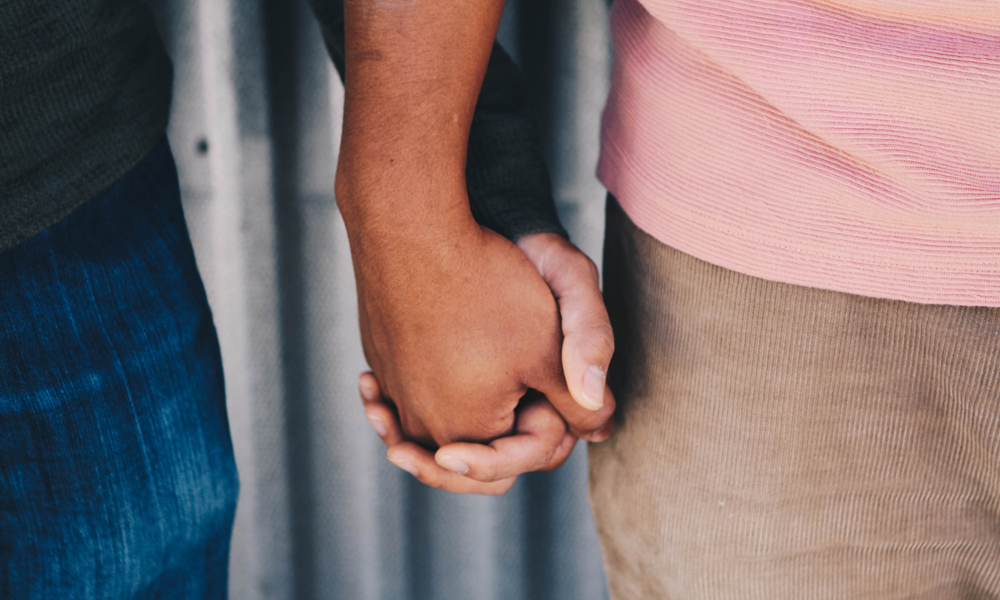 When Will Science Tell Us Exactly What’s Wrong With Homophobic People?

Years ago, researchers and armchair commentators liked to bat around the question of what causes homosexuality. It wasn’t just a part of the personal journey of those coming out and the people around them, but a part of the public debate about how gay and lesbian people should or should not be integrated into society. Were we equals, genetic defectives, perverts, fetuses exposed to certain chemicals while our mothers were pregnant, or the offspring of parents who paid us too little attention, too much attention, or the wrong kind of attention? Experiments about how finger-length correlates with sexual orientation, for example, which would imply that something happened in the womb, have been around since the early 2000s and still pop up occasionally.

Some of this research, on the surface, now merits a giggle or a raised eyebrow. But the interest in the cause or causes of homosexuality has waned. That’s partly because the answer, if you’re looking for one in science rather than in God’s will, seems to be very complicated. The most recent and most comprehensive study to date, published in 2019 in the journal Science, concluded: “Same-sex sexual behaviour is influenced by not one or a few genes but many. Overlap with genetic influences on other traits provides insights into the underlying biology of same-sex sexual behaviour, and analysis of different aspects of sexual preference underscore its complexity and call into question the validity of bipolar continuum measures such as the Kinsey scale. Nevertheless, many uncertainties remain to be explored, including how sociocultural influences on sexual preference might interact with genetic influences.”

Even asking the question seems suspicious nowadays, because it suggests someone is looking for a fix, and progressive Western societies have lost interest in “fixing” gay and lesbian people (trans and nonbinary people, though increasingly accepted, continue to attract unwanted speculation). An increasing number of small-l liberal governments have opted to declare us equal regardless of how the differences in our romantic and sexual attractions came to be.

Which takes me to the intriguing work of Florian Van Leeuwen and the fellow academics he’s collaborated with over the last few years. Van Leeuwen, who is an assistant professor of social and behavioural sciences and social psychology at Tilburg University in the Netherlands, focuses a lot of his work on the effects of threats on social perception and moral judgments. Much of this work is built on the idea of a “behavioural immune system,” which looks at how our emotions and gut-driven behaviours (rather than our skin, bone marrow or antibodies) jump in to protect us from infection from pathogens. Because the behavioural immune system is psychological, it can respond prejudicially, leading us to avoid and react negatively to things that are not actual threats.

Historically, queer people have often been considered a threat in many, if not all, societies. Where do those feelings come from? What is this prejudice allegedly protecting people from? Van Leeuwen’s research started with personal curiosity. “I have a long-standing interest in why people would have negative attitudes towards gay men. Reasoning from my limited perspective as a heterosexual man, I never understood that,” Van Leeuwen told me in an interview. “Let’s put it this way. One of the worries that a heterosexual man might have is that some other man comes along and steals his woman. Right? Gay men are very unlikely to do that. So if you start to think strategically, you’d expect men to want other men to be gay. Of course, that’s a very simplistic model, and this is not what we see. But it suggests to me that there is some kind of a puzzle.”

In a 2016 paper, Van Leeuwen and his collaborators considered whether aggressive homophobia in recent Western cultures might stem from the feeling that gay men are defectors, individuals who wouldn’t contribute fully to group defence and are therefore free riders in a society. In earlier eras, when communities were under constant threat of invasion, men who were seen as weak, feminine, promiscuous or unreproductive and, most relevantly, unconcerned with violent and risky activities, might not be good defenders. Therefore, a protection-oriented man’s behavioural immune system would kick in with aggressive emotions to marginalize and punish these supposed defectors.

The first part of Van Leeuwen’s research project gave participants a ranking system where they suggested whether someone, gay or straight, would be more likely to fight or surrender. They found that participants who strongly associated gay with “surrender” (and straight with “fight”) also reported stronger tendencies to be aggressive towards gay men. In the second part of the project, researchers found that participants who demonstrated a higher “commitment to coalitional defense” were associated with more severe punishment of an offender when the offender was described as a gay man.

“Our findings may contribute to an explanation of why homophobia sometimes involves anger or punitive sentiments (rather than disgust and avoidance), and why aggressive homophobia is typically more strongly focused on gays than lesbians,” states the paper. A behaviour that perhaps made sense in earlier societies has lingered in the modern world where, say, a computer programmer can contribute more to communal defence than someone who gets into a lot of bar brawls. You might conclude this homophobic behavioural immune system needs an upgrade.

In a 2022 paper, Van Leeuwen worked with academics in 31 different countries to examine whether heterosexual people with high levels of disgust sensitivity – that is, they have stronger reactions than other people to smells, textures and colours that suggest the presence of infectious pathogens – are more likely to be anti-gay. That is (this is my summary, by the way, not Van Leeuwen’s), do conscious or unconscious stereotypes about anal sex, gay promiscuity and, in more recent history, HIV/AIDS trigger exaggerated feelings of disgust in certain people? Might that happen even if the disgusted person’s risk of “contamination” is non-existent because, of course, the straight man or woman isn’t having sex with the gay person? Is the kind of person who freaks out more than an average person at, say, a dirty sink more likely to freak out when he or she encounters a gay man?

Though there have been smaller studies examining this correlation, mostly in the United States and Canada, this new study, based on responses from 11,200 participants, was intended to find out if this tendency crosses cultures. Using questionnaires to set up on different scales, researchers measured participants’ general propensity to disgust, their attitudes towards gay and lesbian people, their religiosity and their traditionalism. And they found a connection: disgust sensitivity predicted opposition to gay marriage and opposition to gay and lesbian sexual orientation, and it predicted overall negative attitudes towards gay men and lesbians.

The results, like so much of social science, have caveats. Religiosity and traditionalism have an effect. (I wonder if people who are more religious and more traditional are also more prone to disgust, or if their intense levels of disgust make them more religious and traditional.) Negative emotions towards gay and lesbian people overlap with negative feelings towards prostitutes and even straight non-monogamy. “Motivations to avoid infection do not seem related to unique features of gay men or lesbian women. Rather, this association is common with other groups associated with sexual norm violations,” states the study. The impulse seems to be less “I don’t want to be around him because I might get HIV,” and more “I need to stay away from people who violate the norms.”

Because the study found a correlation in most of the 31 countries – irrespective of, say, variation in politics, healthcare systems, wealth and assorted cultural practices – the results suggest that the disgust–anti-gay correlation goes back a long way in history. “These would be motivations that are common to all humans,” Van Leeuwen told me.

In many modern societies, this tricky problem of homophobia is diminishing. As a non-scientist, I wonder if the medical achievements and peace of our era, at least here in North America, might be a considerable factor in social acceptance of gay and lesbian people, along with other factors such as the gay liberation movement and more people coming out.

A population that’s not scared that everything will kill it doesn’t have as much incentive to marginalize queer people as one that’s on guard at all times. The best cure for homophobia might be to make sure everyone in a society feels safe and secure. 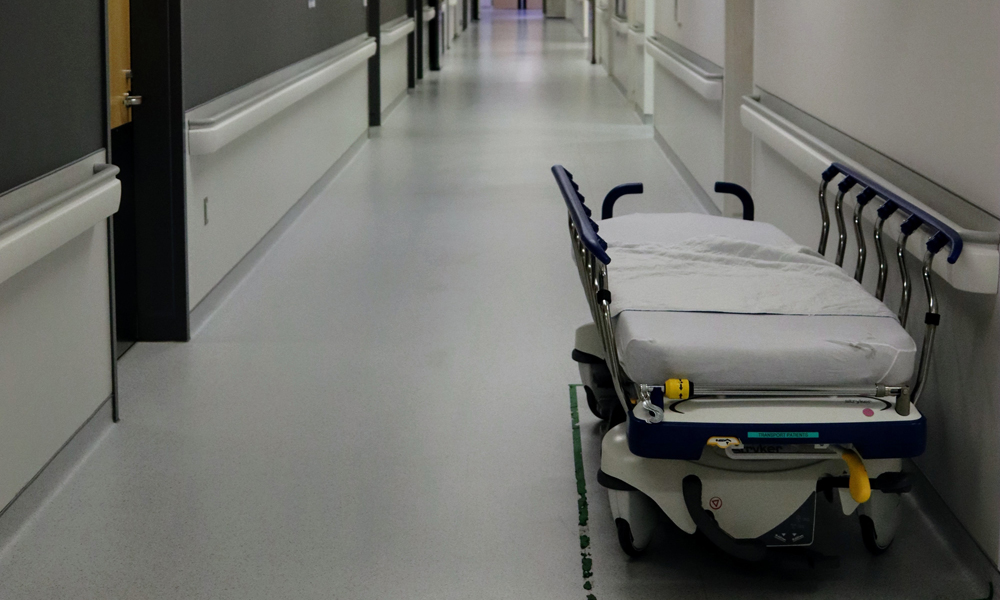