Skip to Content
Home / Latest / When Will Enough Be Enough? 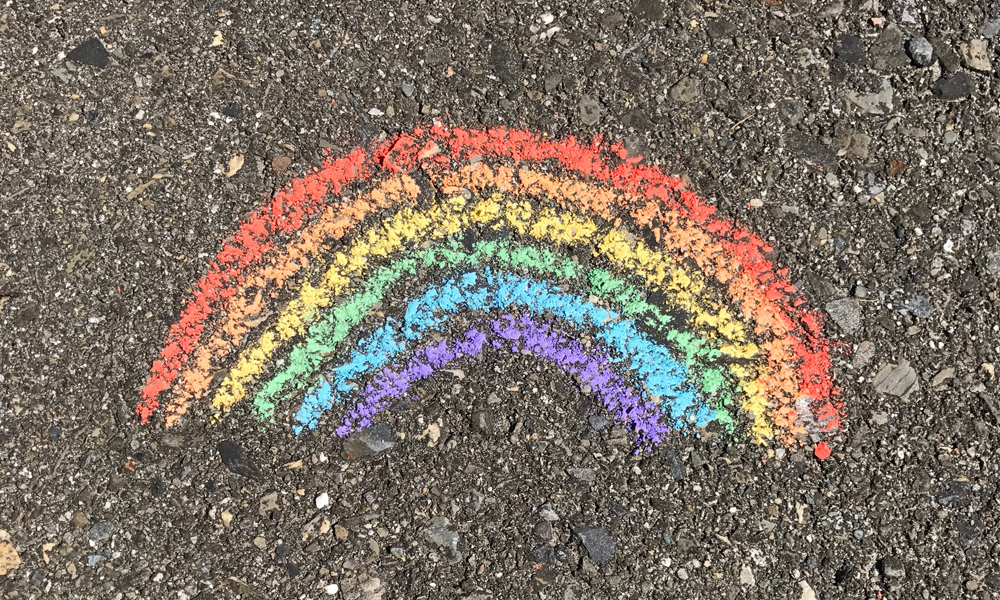 (Photo by Alex Jackman on Unsplash)

When Will Enough Be Enough?

A reminder that we should be celebrating Pride all year long, because one month simply isn’t enough

Pride celebrations are over in many places, as Pride month has ended. From now on, no more rainbows everywhere, no more lunch & learns, no more discussions – not until next year, when the new Pride cycle starts again. The colourful and celebratory season gives way to summer, ordinary life and several other events. Okay, maybe I’m exaggerating. There will still be many Pride celebrations happening in the country until the end of summer, and several employers are pushing forward 2SLGBTQIA+ inclusion in the workplace. I am a witness to this movement.

However, it is really important to be conscious of the tokenism that many of us live in during the month of June. Although the Pride celebrations bring us together and help to build a sense of community and belonging, what else is left when the parties are over? The annual cycle of rainbows and festivities doesn’t affect only queer and trans communities, but it helps to create similar approaches to other identities beyond the queer acronym. Those communities and identities might experience these tokenistic celebrations in a different month or during other social events.

For any kind of celebration, we all have to keep in mind that we are who we are all year long. We don’t stop existing when the “special” month is over. Shouting that we deserve more is mandatory. Shouting that we have had enough of injustice and exclusion is essential. Demanding the protection of our very basic right of existence is our main goal. If we don’t keep fighting for the end of inequities, we will continue experiencing violence. We will continue losing members of our communities. We will continue crying and doing minutes of silence for victims of atrocity. By the way, we are also those victims, because oppressive and supremacist systems target all of us.

In May, when Steve Kerr, head coach of the Golden State Warriors (a basketball team based in San Francisco), stopped a press conference and decided to not talk about the game, the players and the sport, but to share how exhausting it was to see victims of gun violence in the United States, he was taking action to call for assertive gun control actions and for protection of minorities from prejudiced violence. Recently, the US has experienced several mass shootings targeting Black (Buffalo, NY) and Latin (Uvalde, Texas) communities. And we cannot forget the mass shooting at the Pulse nightclub in Orlando, Florida, in 2016.

Those incidents are just a few examples of the oppression that we live under. Worldwide, violent cases against minorities are increasing, but they aren’t in the international media. When reported, they might get local headlines. For some inexplicable reason, they don’t gain the visibility they deserve, giving the impression that they are being swept under the carpet. But even when they are given visibility, our inertia doesn’t allow us to make any difference. It seems that only a few of us are committed and working hard to make a difference.

We as a society should do something else, something bigger, to stop those painful and fatal attacks. One minute of silence isn’t enough. Flags at half-mast aren’t enough. The hours of silence and indifference can only be over when we scream and march together. We have to occupy the spaces and demand changes, protection and concrete actions. Marching in parades, and participating in parties won’t be enough to fix the exclusionary circumstances lived by more marginalized members of our communities. We have to become more active social actors, leaving our workplaces and virtual environments. We have to stand up and say enough is enough. It isn’t fair. We cannot continue being targeted by these violent and oppressive systems anymore. It’s time to find a new path to stop the oppressive machine towards minority groups.

New leadership models are one solution. New Zealand’s Prime Minister Jacinda Ardern once said that “we have placed over time so much emphasis on notions of assertiveness and strength that we have assumed it means you cannot have those other qualities of kindness and empathy.” Understanding what it’s like to be in another’s shoes would help people in power to address the necessary changes for a more inclusive society.

In some of his speaking engagements, Colin Druhan, Pride at Work Canada’s executive director, usually shares a personal anecdote about how powerful his voice has become in promoting workplace inclusion, consequently making workplaces better for everyone else as well. During one of his first job experiences in customer service, he often recalls, he tried to be a frontline worker, but his manager told him that his [gay] voice wasn’t appropriate to deal directly with customers. Well, guess what? Years later, his voice is recognized and heard by several (senior) leaders in this country when he talks about the importance of 2SLGBTQIA+ inclusion and the commitment that those leaders have to make to continue their DEI (diversity, equity and inclusion) journey.

This piece is my perhaps naive attempt to combine Kerr’s argument that we cannot continue mourning victims of violence and prejudice without having a matching drive to put an end to the causes of all that violence and prejudice, with Ardern’s emphasis on the importance of developing new empathetic leadership models. New business models and new voices are fundamental to creating inclusive communities, listening to their voices, addressing their needs and ensuring their rights. More members from our marginalized communities are becoming the future leaders that we deserve, and bringing the changes that we have been expecting for so long.

Oddly enough, the advances we have all experienced are just the tip of the iceberg. You might think that what you have is enough for your life and for fulfilling your expectations, but I assure you that there are many people in our queer and trans communities who barely have their very basic needs considered by the people in power. To truly celebrate Pride Month, our colourful existence, and our beauty as diverse queer and trans communities, we have to celebrate and embrace others’ existence as well. Pride started as a protest and fight for our rights, and we should never forget those initial goals. It is why we should celebrate Pride all year long, because celebrating it only in June isn’t enough.