Skip to Content
Home / Latest / Where Have All My Gay Friends Gone? 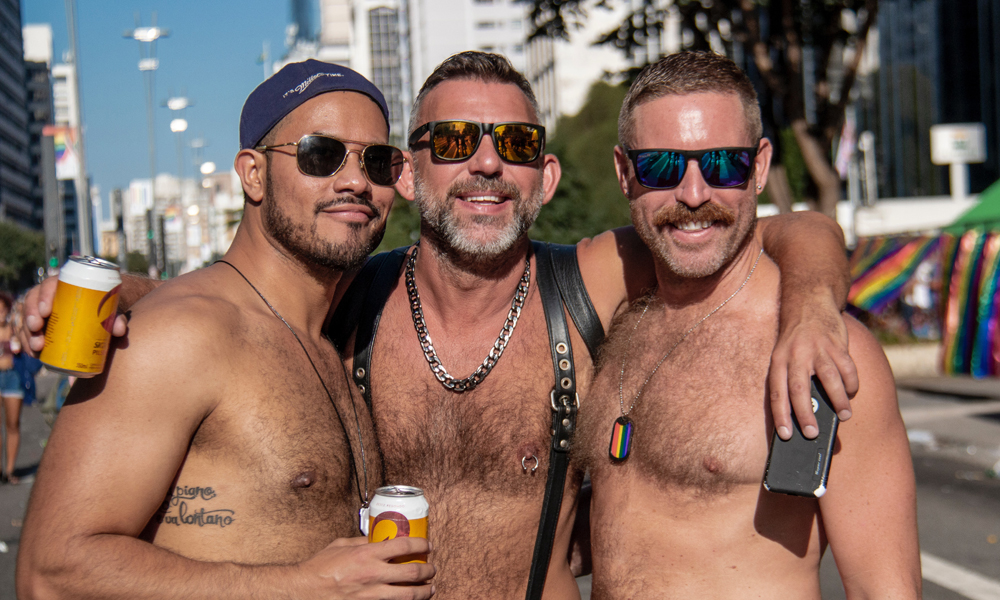 Where Have All My Gay Friends Gone?

I was in my early 20s and fresh out of the closet when I found my way into the world of public relations as a young PR executive for a pair of boutique hotels in the city. I credit my mentor and fairy godmother, Dalia, for showing me the ropes. My days were far from glamorous and were usually spent working at my desk in a windowless basement office.

But the perks of the job became apparent after the sun went down.

Weeknights were made for hopping from one new or newly redesigned restaurant or lounge to another with various groups of friends. We regularly ended the night sipping cocktails at Lobby Lounge (may she rest in peace), the hip spot where all the cool kids hung out at the chic corner of Bloor Street and Avenue Road in Yorkville. During Toronto Fashion Week, there was always an abundance of fashion shows to attend featuring designs by the likes of Andy Thê-Anh and Bustle, two of my personal faves. Not to mention the regular rounds we made at charity galas like CANFAR’s Bloor Street Entertains.

I wore being a social butterfly like a badge of honour back then, probably because it made me feel seen and like I belonged.

I went from being the gay Black boy who was bullied growing up, to running in the same social circles as the bold-faced names I used to read about in the society pages of newspapers and glossy magazines as a teen. I was hobnobbing with high society, rubbing shoulders with socialites, and revelling in every champagne-soaked moment of it. And always with a coterie of fabulous friends in tow.

Once, during film festival season, I ended up at Remington’s, formerly the city’s most famous male strip club. Queen Latifah just happened to be there that night. I reminded her of the time she had driven me and my co-worker Josh to a party after our shifts had ended at the hotel where she was staying while in town filming the movie Hairspray. Josh was a gregarious gay who introduced me to pretty much everyone he knew, and I enjoyed being one of his wingmen.

I met my gay bestie Steve that same night at the strip club. We were both bright, young things full of energy. We laughed hard and partied even harder. The hangover I experienced the next day was epic, but that’s a story for another day.

Then there were the friends I made while out and about in Toronto’s gay Village. The Barn was the first gay bar I ever went to. I didn’t know what to expect, and was scared to death. Somehow, I mustered the courage to walk up to the door. Once inside, I was showered with attention and acceptance. The people I met there became fast friends who felt more like family. We spent countless hours talking and texting with each other during the week; on weekends, we’d meet up at the club and dance until the wee hours of the morning before going back to someone’s house and making plans to do it all over again.

As the years went by, though, my gay friendships started to change. It didn’t happen overnight. It was a gradual process.

People paired up, got into relationships, and left the single life behind. Others moved away and started new lives in different cities or countries. Some simply outgrew the friendships. Whatever the case, the texts and phone calls became less and less frequent until they stopped altogether. We drifted apart and moved on without each other.

These days, I find myself looking back wistfully at that time in my life, back when I had more friends than I could count. Maybe I should have made more of an effort to stay in touch. It’s not the partying that I long for, nor the drama or chaos that often accompanied it. It’s the connections, the conversations, the sense of community I felt then that I miss most.

I have struggled to make and maintain gay friendships in recent years, and I worry about being lonely as I grow older. I live just north of the city and it’s not easy connecting with old friends or meeting new ones, especially given the lack of safe spaces for gay and queer folks in the suburbs. The pandemic didn’t help, either. When I do venture downtown, everyone seems to have their friend groups already established, and it’s hard to break into those tight-knit social circles.

Sometimes I’ll see a group of gay friends hanging out, laughing and sharing stories, and I’ll feel a pang of sadness mixed with a sense of loss.

I found that once, I think to myself. I like to think I’ll find it again.

JUMOL ROYES is IN Magazine’s director of communications and community engagement, a GTA-based storyteller and a glass-half-full kinda guy. He writes about compassion, community, identity and belonging. His guilty pleasure is watching the Real Housewives. Follow him on Twitter at @Jumol and on Instagram at @jumolroyes.

My Husband was so smart at hiding his infidelity so I had no proof for months, I was referred to some Private investigator and decided to give him a try.. the result was incredible because all my cheating husband’s text messages, WhatsApp, Facebook and even phone conversations was wired directly to my cellphone. if your husband is an expert at hiding his cheating adventures, contact him, he’s fast and trusted hacksecrete@gmail.com text or whatsapp him on +1 (774) 202-9445 tell him i referred you

Thoroughly agree with the challenges to befriend other ‘mature’ fellow gay blokes as the years roll forward.

Sliding into my 60’s proudly w/grace plus advantage of good genes (most fund difficult believing I’m over 50),though I’m still somewhat a social butterfly. However, 95% of my friends are straight & females account for 80%, of which seems common.

The select few other men met when out and about seen tightly woven into their clicks & rarely invite you into their groups beyond casual friendly banter when sitting in adjacent tables in a pub or Cafe.

Inevitably more inclined to reach out for a potentially promising ‘playdate’, which might be fine if that were my mission. Alas it’s not & I’m one of select few seeking actual new friendships. Far more challenging among my older tribe unfortunately.

Yes, many of the contributing factors over last 3 years have inevitably made our desire to reconnect with similar minded gay men, all the more daunting. Even more so in my case as I’m not a huge fan of booze, not athletic & more right dude of the brain existence focusing on more creative pleasures.

However, you’d think being in a big city that is forever evolving & growing in population at a quicker pace such as Vancouver BC, that my Mosin world be more aligned than it appears.

I’m happy to hear that my piece resonated with you. I’m mindful of the loneliness epidemic and increased social isolation as we age (especially for men), and I do my best to be brave and vulnerable and put myself out there. I like to think that the friendships we shed in our earlier years open up space for new friendships to blossom and bloom.