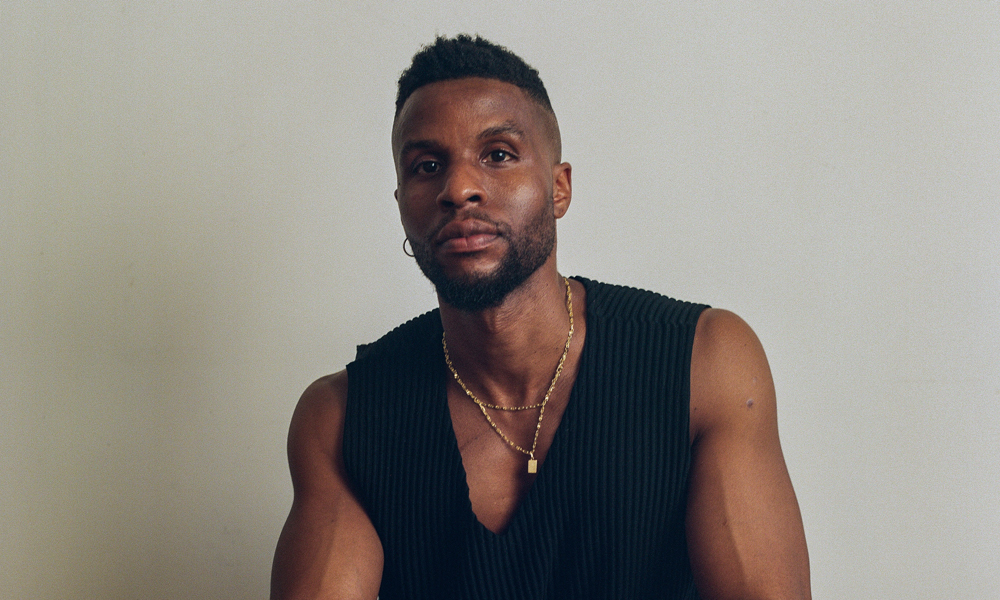 An interview with the Nigerian-Canadian multidisciplinary artist based in Toronto…

“There are things I’m shy about, but no, I’m not shy,” the artist Oluseye Ogunlesi tells me. We’re on the phone while Ogunlesi is at a fabricator’s warehouse in Orangeville, Ont., where, a few minutes after our conversation, he’ll be using a flame-thrower to blacken the wooden frame of his latest artwork.

I had mentioned to Ogunlesi that not only does he use himself as a model in many of his photographic works, but his Instagram feed is also a parade of gay handsomeness. But Ogunlesi, who certainly knows how to set a thirst trap, is far too savvy about his public image and his seriousness of purpose to dwell on compliments. Instead, he talks about how playfulness is a major element of his artwork. It’s true – even when his art is wrestling with tough subjects like homophobia, racism or the history of slavery, there’s a brightness, friendliness and sense of fun that makes a viewer feel engaged rather than scolded.

“People want to be educated,” he tells me. “People do want change, but no one wants to feel like they’re being told what to do; no one wants to be made to feel guilty, like they’re not doing what’s right. I think there’s a way in which you can get the message across in a way that people have fun, even as you are inciting change. And I think that’s what my work does.”

Born in England and raised in Lagos, Nigeria, Ogunlesi lived in London (England) and Montreal (he has a bachelor of commerce from Montreal’s McGill University and a master’s of science in entrepreneurship from Bayes Business School, University of London) before moving to Toronto about a dozen years ago. “When I moved back to Canada, as someone geared to the creative world with so-so French, Toronto felt like the right place to move,” he says.

The wooden frame he was working on the day we spoke is the skeleton of his “Black Ark” project, which will sit on the shore of Lake Ontario, in Ashbridges Bay Park, from June 9 until September 5, as part of Toronto’s to international arts festival. The cathedral-like structure allows visitors to walk inside, perhaps imagining they’re in the hull of a ship bringing slaves from Africa to the Americas (27 slave ships were built in Canada). But visitors can enter “Black Ark” from one side or the other – it’s a two-way journey. So maybe the sculpture is also evocative of a ship that actually took approximately 1,200 Black people from Halifax, Nova Scotia, to Freetown, Sierra Leone, in 1792. That voyage was led by Thomas Peters, an 18th-century community leader and British Loyalist who organized the migration to Africa after the British broke their promises to Black people who had come to New Brunswick and Nova Scotia seeking a fresh start.

Ogunlesi’s interest in the various histories that have existed – and might have existed – for Black people in the Americas was sparked a few years ago when he visited North Preston, the community with the largest Black population in Nova Scotia.

“I am very interested in forgotten and neglected Black Canadian history because these are Canadian histories,” Ogunlesi says. “As a Black person, as someone who migrated here, it was necessary for me to know what Black history had existed before my arrival here. In North Preston, I met Black communities that have been there since the 1700s, and that’s when I advanced to another level of my being Canadian.”

His visit to North Preston affected not only his Canadianness and the subject matter he wanted to address, but his artistic form. Though he started out mostly painting, after the North Preston visit he started using found objects in his work – objects that might be considered garbage, like antique farm implements and debris collected from the street, but that have their own beauty as well as their connection to the past. With “Black Ark,” he’s literally manufacturing a sculpture on a grand scale.

Ogunlesi’s family wanted him to choose a profession that would provide him with a decent living – ergo, business school in London. But he considered himself an artist first and foremost, and the creative side of him hadn’t let go. Once he graduated, he gravitated towards arts-adjacent jobs, like in architectural PR and as a booking agent for photographers, hairstylists, gallerists. Then he was shaken by larger forces. In the early 2010s, the Nigerian government proposed the Same Sex Marriage (Prohibition) Act, which stirred up homophobic feeling in the country where Ogunlesi had grown up and still often visited. The act, passed in 2013 and signed into law in 2014, made Ogunlesi reconsider what he wanted to be doing with his life.

“I was really affected by the passage of the bill. There were quite a few killings of gay men and lesbians. I felt helpless. I felt like I didn’t know what to do or what to say. But I was also privileged because even though I was in Nigeria at the time, I had been living in Toronto. So when I got back to Canada, I felt I had to make work about that. And maybe for the first time in six years, I started drawing and painting again,” he says.

Looking at Ogunlesi’s works from 2014 and 2015, you see a lot of talent. In a series of portraits, he uses acrylic, charcoal and pastel to depict the faces and bodies of mostly young Black men, the images broken up with a cubist geometry Marcel Duchamp would recognize. They’re captivating and urgent – they look great on T-shirts. But the scale and ambition that inform “Black Ark” and other recent works reveal an artist who has become more self-confident, more engaged with the profound. The 2020 work “Traces of ecstasy I” has some of the same fractured modernist style of those earlier portraits, but it’s a booty-focused self-portrait of Ogunlesi himself as a sexually ambiguous orisha (a deity connected to the Yoruba religion of West Africa). “I am depicting a reconciliation of my Blackness, my Yoruba heritage, my queerness, my masculinity and my femininity,” states a note on the work. “I am baring my soul while simultaneously flaunting all of the attributes of a physically and sexually liberated being. There are no binary distinctions here – all parts of my being are fluid.”

Now Ogunlesi’s use of his own body in his work – his not being shy – comes into better focus: the image of himself is what, in part, brings together the various strands of his experience. “I don’t think it’s possible to have an interest in my work that’s about sexuality without also being interested in my work as a Black artist, because they’re both one and the same,” he says. “Even some of my nude work which maybe on first glance might be speaking to sexuality is also speaking to issues of race.”

When I ask Ogunlesi what he’s working on post-“Black Ark,” he’s a little mysterious. His star is rising and he has options. He’ll admit to taking a trip to Jamaica as part of a project to trace the journey of a slave ship that was built in Newfoundland, sent to Liverpool to be outfitted, then sailed to present-day Nigeria, where it took hundreds of enslaved people to Montego Bay. The viewers who follow Ogunlesi on this journey help him reinvent it through art. And because we can’t change the future without changing how we see the past, that’s an essential duty. A duty that Ogunlesi makes a pleasure. 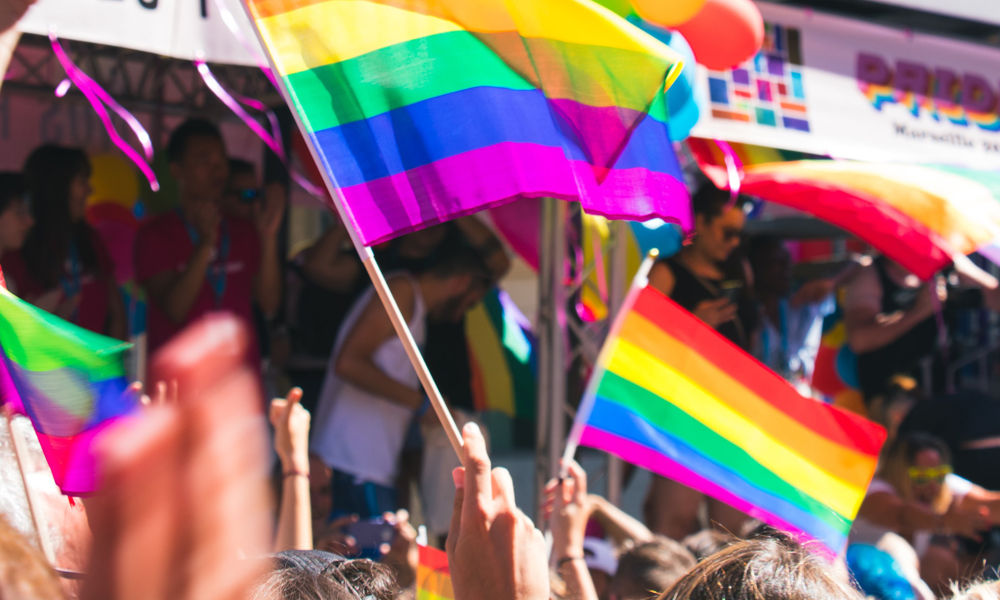 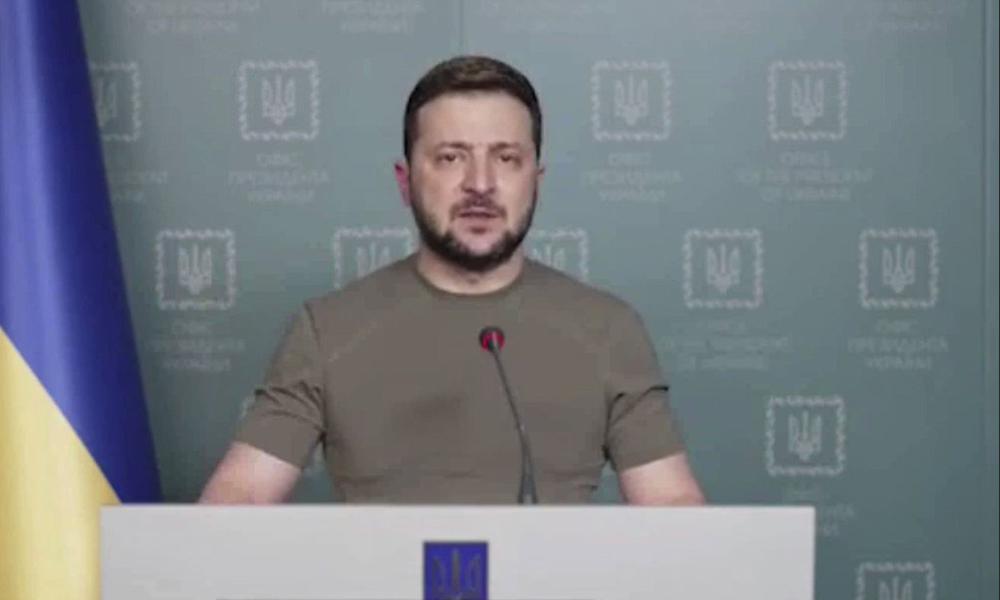