Bar soaps have been making a comeback…

This year’s Friends reunion, “The One Where They Get Back Together,” commemorating the 1990s’ hit television sitcom’s 25th anniversary, brought back a lot of memories that, in unexpected ways, felt relevant right now. Particularly the episode “The One Where Joey Moves Out,” when Chandler confronts his roommate Joey about the bar soap they share in the shower.

Chandler: (talking about Joey finishing his cereal, licking his spoon and putting it back in the silverware drawer) The spoon. You licked and, and you put. You licked and you put!
Joey: Yeah, so?
Chandler: Well, don’t you see how gross that is? I mean, that’s like you using my toothbrush. (Joey looks sheepish) You used my toothbrush?
Joey: Well, that was only because I used the red one to unclog the drain.
Chandler: Mine is the red one! Oh God. Can open, worms everywhere.
Joey: Hey, why can’t we use the same toothbrush, but we can use the same soap?
Chandler: Because soap is soap. It’s self-cleaning.
Joey: All right, well, next time you take a shower, think about the last thing I wash and the first thing you wash.

Yup, it was the ’90s and while most households were, like the fictional characters Chandler and Joey, still sharing the aforementioned bar, shower gels were also beginning to pop up in stores everywhere. And they were gaining popularity over their solid counterparts. Big name brands such as The Body Shop, Crabtree & Evelyn and Bath & Body Works had a fun and fanciful plethora of fresh, citrus, floral and baked goods-smelling liquid options that were too good to ignore; they soon had consumers’ attention and buying loyalty. Whether the general public had viewed the Friends episode or not, people were starting to rethink the way they sudsed up in the shower.

This mindset continued to expand over the next two decades and, according to a 2016 research report by US research group Mintel, was the cause for bar soap sales to fall, thanks to 60 per cent of consumers ages 18 to 24 and 31 per cent of consumers 65 years and older believing bar soaps were germ magnets. An additional 55 per cent of all consumers simply found liquid soaps to be more convenient. A cleansing trend quickly turned into the new norm and put foaming and gooey liquid pump-based options front and centre, forcing bar soaps into the background.

Since 2020, however, bar soaps have been making a comeback. A big one, too, with the Kline Group’s Cosmetics & Toiletries USA reporting a resurgence in their popularity, with a record sales growth of 6.5 per cent in 2020. The report attributes this to the increased need for hand and body hygiene during the 2019-to-current COVID-19 global pandemic.

“Bar soaps were a wonderful luxury during self-quarantine, as well as now,” affirms Matthew Malin and Andrew Goetz, the founders of Malin+Goetz, a beauty company based in New York City. The 17-year-old cult brand is renowned globally for both its bar and liquid soaps, among other skincare offerings. “A good bar soap is the minimalist’s dream,” continue Malin and Goetz. “It does not take up a lot of space when being used and it can look really pretty in its wrapping. They help freshen the bathroom even when you are not using them and they last practically forever, so they offer the greatest luxury of all time.”

Time…which since early 2019 has often felt like an eternity, with everyone confined indoors focusing on constantly, consistently lathering, rinsing and repeating their handwashing routine. It has also caused many to wonder which type of soap – bar or liquid – is better.

While bar and liquid soaps are certainly different in appearance, they are more similar than you’d think, at least when it comes to their formulations. “Surfactants, or surface active agents, are a key ingredient in both bar soap and washes,” explain Malin and Goetz. “Surfactants act like a magnet attracting water to one side and dirt, oil and debris to the other. They cleanse the skin of daily dirt and grime.”

Additionally, both bar and liquid versions can contain olive, coconut, palm kernel, soy palm, castor, apricot, avocado, almond, jojoba, hemp, nut or seed oils (just to name a few) to reduce bacteria and create the bubbles that appear when you lather up. Hydrating ingredients such as vitamin E and cocoa, mango or shea butters are also often included to provide moisture to the skin. Water and glycerin (albeit liquid glycerin for liquid soaps) and fragrance, essential oils and colour can also be found in each option’s formulas.

The core difference between the two is that bar soaps are typically made from animal fat or vegetable oils and then mixed with an alkali, while liquid soaps tend to be predominantly petroleum based and created with emulsifying agents and stabilizers to keep their ingredients from separating in the bottle.

Yet contrary to myth, both are equally efficient and safe at eliminating dirt, debris, germs and bacteria. “It’s all about the lather,” explains Dr. Nowell Solish, a cosmetic dermatologist and dermatologic surgeon, the director of dermatologic surgery at the University of Toronto and the founder of his eponymous clinic in Toronto. “When you work up a lather, you spend more time lifting up the dirt and micro-organisms, cleaning away the oil and dead skin cells that stick to the skin, removing the bacteria growing on it and any odours that have formed. The oil-based portion of each soap’s formulation attracts the membranes that contain viruses and kills them. Then the water washes it all down the drain.” Just don’t use a foam-based liquid, warns Dr. Solish: their lack of ability to create more lather when emulsified in your hands directly correlates to their inability to thoroughly clean.

According to a 2019 study by the Institute of Environmental Engineering, more than 40 per cent of consumers buying skincare products are concerned about environmental factors. Additionally, the study notes that liquid soaps leave a 25 per cent larger carbon footprint than bar soaps. “Regardless of whether they’re dermatologist approved or otherwise, most liquid soaps are more costly on the environment,” agrees Dr. Solish. “Bar soaps win, hands over feet. Plus, they’re usually inexpensive and are simply wrapped in paper, while liquid soaps are frequently contained in plastic, pump-based containers.”

Clearly, when it comes to the packaging debate, bar soaps come out on top. That said, favourites such as Dove, Irish Spring, Cerave, Crate 61, Dr. Squatch, Avène and Schmidt’s are sold in additional packaging like cardboard boxes, while brands with liquid options such as Molton Brown, Diptyque, Lothantique and The Unscented Company use recyclable, glass dispensers. Many more brands, such as Dial, L’Occitane en Provence, Mrs. Meyers, method and CleanCult have reduced their plastic waste by creating biodegradable pouches, tubs and aluminum containers replete with their soapy formulas, empowering consumers to refill their existing dispensers.

Still, even if you opt for a refill, bar soaps last longer. “You don’t have to replenish them as often as a gel cleanser,” affirm Malin and Goetz. “They’re extremely environmentally responsible. No plastic to chuck into the recycling bin hoping it finds its way to a recycling centre. So they save space at home and on the planet. The other nice thing about a bar soap is that you know exactly how much you have left. No frustration pumping a bottle trying to squeeze out the last bit of gel.”

Custom creations
Yes, there are loads of fresh, sporty and clean-scented hand and body washes and bar soaps to choose from. Yet, when you want to curate the way you smell, shower gels take the lead. Designer fragrance houses and cult beauty and grooming brands, such as Acqua di Parma, Chanel, Le Labo, Byredo, Hugo Boss and Malin+Goetz can transform your bathroom into a spa and get you squeaky clean all at the same time. But what they truly specialize in is their ability to personalize your wash routine.

Capitalizing on your mood and emotions and how you want to express yourself that day, liquid washes can be used in place of or to build upon a signature scent, cologne or perfume. Tapping into your senses and having a fragrance linger on your skin is a key benefit to using a luxury liquid soap, one that bar soaps just can’t replicate.

“We like the tactile act of picking up a bar of soap to wash; it always feels so nice and thorough between our hands, and we like that the bar literally washes itself clean when you rinse it under water,” explain Malin and Goetz. “But we also love a multi-purpose product, like our washes. They can be used to both cleanse and bathe, and, as a bonus, run the pump under the faucet for an aromatic foaming bath.”

So who wins? “As long as you’re thoroughly washing your hands every time you come inside from being outdoors or in the car, at work or wherever, and you’re lathering up for a solid minute before rinsing off, you can use either product,” says Dr. Solish, affirming that the soap wars choice boils down to personal preference.

“We can’t pick a favourite,” Malin and Goetz agree. “The key differences between hand and body washes and bar soaps are the textures, performance and sensorial experience due to the unique chemical makeup.” So, ultimately, it’s up to you to decide. 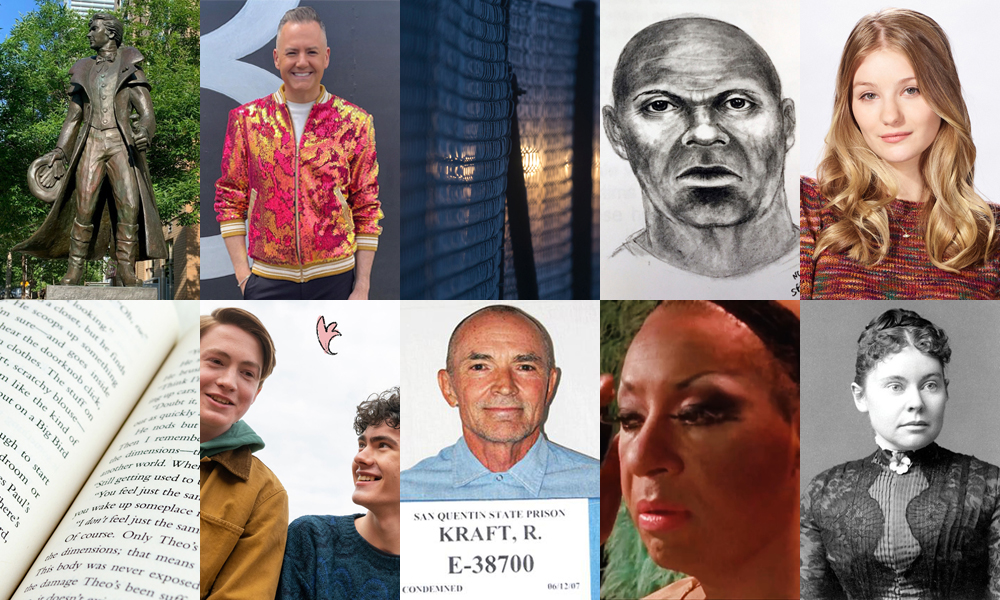 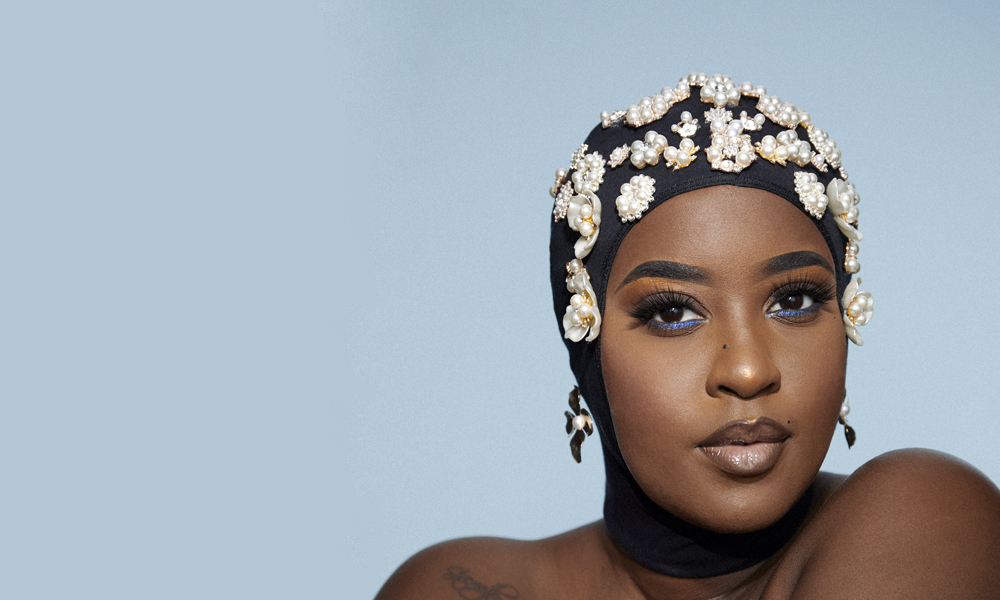 Supreme Imperium Shares The Beauty And Grace Of Ballroom

Take a peek into the Toronto ballroom scene