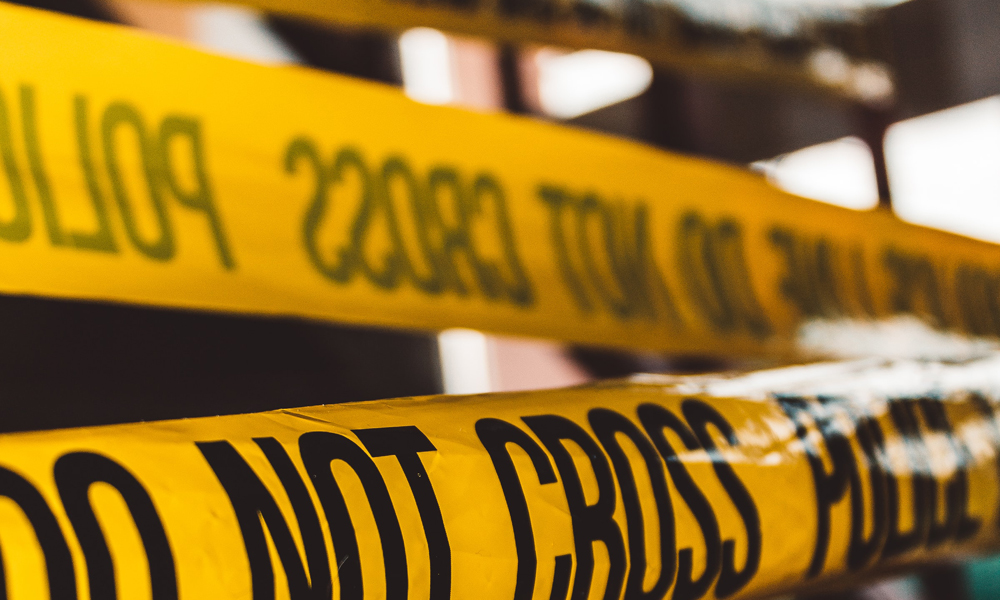 This month, we’re looking at five criminal cases that were based on little more than the perceived “deviant lifestyles” of the LGBT defendants. According to a 2017 study published by the American Journal of Public Health, lesbians, gay men and bisexuals are three times more likely to be incarcerated than their heterosexual counterparts. While the reasons for that are complicated, one factor is that LGBT people face stereotypes that paint them as inherently more violent—simply because of their sexuality. It’s no surprise that this has led the justice system to convict innocent people. Here are five cases of people wrongly convicted of a crime they may never have even been accused of if they weren’t gay.

Bernard Baran
In the 80s and 90s, a phenomenon known as “day care sex abuse hysteria” swept through the United States. There were multiple cases of day care workers being accused—most of them falsely—of sexually abusing children in their care. In 1985, teacher’s aid Bernard Baran, who was openly gay and only 19 years old, became a victim of a false accusation that spiralled out of control. After finding out Baran was gay, the parents of one of the children in his class complained to the Board of Directors, saying they “didn’t want no homo” taking care of their son. When Baran wasn’t fired, the parents—who were also drug addicts—took matters into their own hands and went to the police claiming Baran molested their son. The day care then notified other parents which led to five more allegations.

Baran was charged with three counts of rape and five counts of indecent assault. During the trial, the prosecutor referred to Baran as “a chocoholic in a candy store” implying that a gay man being around children was too much to resist. Baran refused to plead guilty or take a deal, and after a week-long trial that involved testimony from children younger than five and no real evidence, he was found guilty and sentenced to life in prison three times over. It wasn’t until 2006 that Baran was finally granted a new trial and 2009 when the original charges were dismissed. The podcast Mass Exoneration covers Baran’s case in detail from the original accusations to how the investigation and trial were mishandled.

Miguel Castillo
In 1988, 50-year-old gay Cuban immigrant Rene Chinea was murdered and dismembered. Police zeroed in on his neighbour, 36-year-old Miguel Castillo based on a tip from another suspect in the crime. Castillo maintained his innocence but was charged anyway after detectives claimed he confessed to the murder. According to Castillo, the police beat him during the interrogation and when he still wouldn’t confess, they fabricated a story that confirmed their own assumptions. Police claimed Castillo and the victim were in a relationship and Castillo committed murder after finding out Chinea cheated on him. The problem with the story was Castillo was heterosexual and there was no evidence to suggest he was in a relationship with Chinea—or he was gay. Castillo was also already in jail on an unrelated burglary charge at the time Chinea was murdered. Still, he was found guilty and sentenced to 48 years in prison.

Queer (In)Justice, a book about the queer experience in the criminal justice system explores Castillo’s case and says the biased belief that Chinea must have been murdered by a lover was “based on the premise that gay men who are lovers or roommates are ‘particularly violent’ when they fight”. This stereotype shaped the investigation from the moment police arrived on the scene. Castillo served over 10 years in prison before being granted a retrial and exoneration in 2001 with the help of The Innocence Project. Castillo went on to sue the Chicago Police Department for framing him in the murder and walked away from a $1.2 million settlement.

Kerry Max Cook
Kerry Max Cook spent more than 20 years on death row for the 1977 rape and murder of Linda Jo Edwards. During his trial, prosecutors told jurors that Cook attacked Edwards in “a fit of homosexual rage” fuelled by a movie he had watched that depicted the mutilation of a cat. Despite evidence that Edwards was murdered by an ex-lover, police ignored anything that didn’t support their homophobic hypothesis and Cook was found guilty.

Cook was finally released in 1999 and he continued to fight for his exoneration until 2016 when  his conviction was vacated. Cook believes he was targeted by police because of his sexuality and convicted due to a “homosexual witch hunt” by investigators who believed only a “deviant homosexual” could commit such a gruesome crime. Cook had worked at gay nightclubs and lived with a gay acquaintance who lived in the same building at Edwards. After getting out of prison, cook wrote a book, Chasing Justice, detailing the lengths the prosecution went to convict him.

San Antonio Four
Elizabeth Ramirez, Cassandra Rivera, Kristie Mayhugh and Anna Vasquez were all only 19 and 20 years old when they were charged with gang raping the 7- and 9-year-old nieces of Ramirez. All four women were openly gay and in 1994, it was common for people to believe that homosexuals were prone to sexually abusing young children. Between widespread homophobia and the Satanic panic of the 80s and 90s, the four women were found guilty without any physical evidence to support their guilt.

The documentary Southwest of Salem follows the women’s nearly 15 years behind bars and fight for exoneration. They all refused to take a plea deal and it wasn’t until one of the alleged victims came forward in 2012 to admit she’d lied that the four women were finally able to get the court to take them seriously. The alleged victim said members of her family had coerced her to make up the assault allegations because they were angry about Ramirez’s sexuality. The recanted story combined with the lack of forensics evidence finally exonerated the four women in 2016 after they had already served most of their sentences.

Bernina Mata
Bernina Mata was convicted of first-degree murder in 1999 for killing John Draheim. Mata claimed self defence saying that Draheim had attacked and tried to rape her. The prosecution countered this by claiming Draheim made an innocent pass at Mata, and as a “man-hater” and “hard-core lesbian”, she became so enraged that she lashed out and murdered him. The prosecution claimed Mata’s sexuality was motive for the murder and showed the jury books from her apartment—Call Me Lesbian, Homosexualities, and Best Lesbian Reading —to emphasize their argument that her lesbianism led her to kill and that the crime was pre-meditated. The prosecution claimed that “a normal heterosexual person would not be so offended by the (victim’s) conduct as to murder.” Mata was found guilty and sentenced to death.

While Mata did kill John Draheim, the prosecution used her sexuality—something that had nothing to do with the crime—to bias the jury. There was also a long list of circumstances that should have been brought up in her defence including her history of abuse, depression, mental illness, and substance abuse. At the time of the murder Mata also was not taking her anti-psychotic medication, and this information was not used in her defence. All is these factors should have prevented Mata from being convicted of first-degree murder. Mata was able to successfully petition for clemency in 2003 and her death sentence was commuted to life in prison without parole.