What To Watch: Pray Away 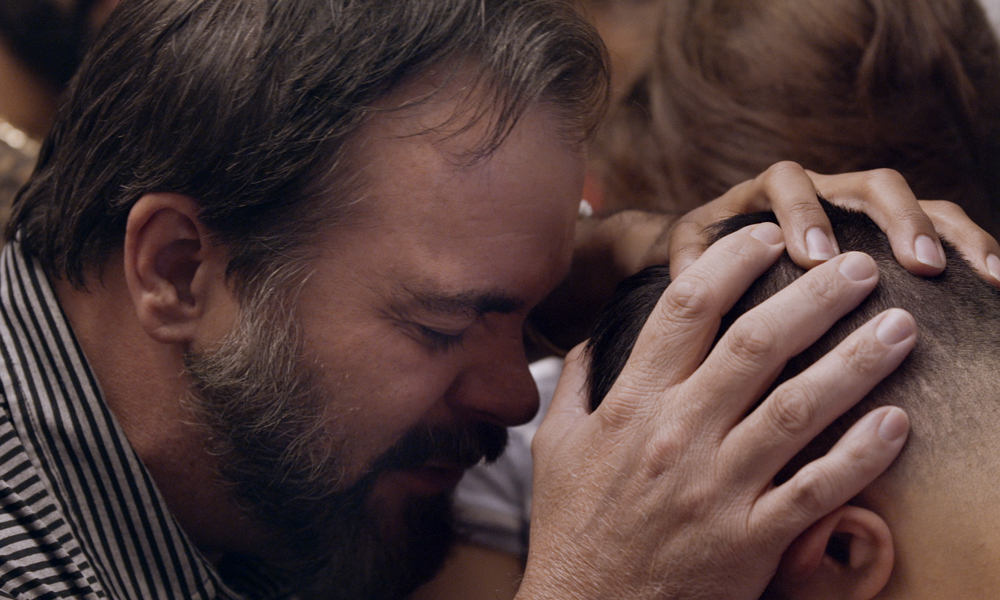 You can’t pray the gay away…

As the new Ryan Murphy produced documentary Pray Away begins, a young man with a thick Southern accent is driving his car through the rain. He’s Jeffrey McCall, and he’s on a mission to pray for people. He stops at a shopping center and randomly walks up to various individuals, asking them if they need prayer. He tells them of the life he left behind, a life of homosexuality and transgenderism, a life he now refers to as “sin”. McCall left that life when he found Jesus.

But as the film progresses, some viewers may wonder if McCall is being honest not only with others, but with himself. Pray Away is a film about the “ex-gay” movement. It focuses on Christian ministries who claim that they can “cure” homosexuality through prayer. A large portion of the film is about Exodus, a Christian organization founded in the 1970s by a group of “ex-gay” men who wanted to share their “cure” with others. Those men are all interviewed in Pray Away. All of them now admit that conversion therapy, as it’s more commonly known, doesn’t work. They now all live as out gay men, and they live with regret.

One of them is told that he has blood on his hands, his eyes welling up with tears as he recalls that conversation.

And conversion therapy indeed does harm. Just ask Julie Rodgers, a former “ex-lesbian” who is prominently featured in the film. While still in her teens, Rodgers became involved with a conversion therapy ministry called Living Hope. She became one of the organization’s stars, joyfully addressing packed auditoriums, speaking of how she left lesbianism behind her. Years later Rodgers admits to her female fiancé that she regularly burned herself during those years.

“I’m sorry,” her fiancé whispers, as Rodgers fights tears. The two have since married in a wedding ceremony that’s seen in the film.

The film’s most stunning example of what a sham conversion therapy is comes when the story of John Paulk is told. Years ago Paulk was the official face of Exodus. He and his wife went on talk shows and spoke of leaving the “homosexual lifestyle” and of falling in love with each other. They had two children together. 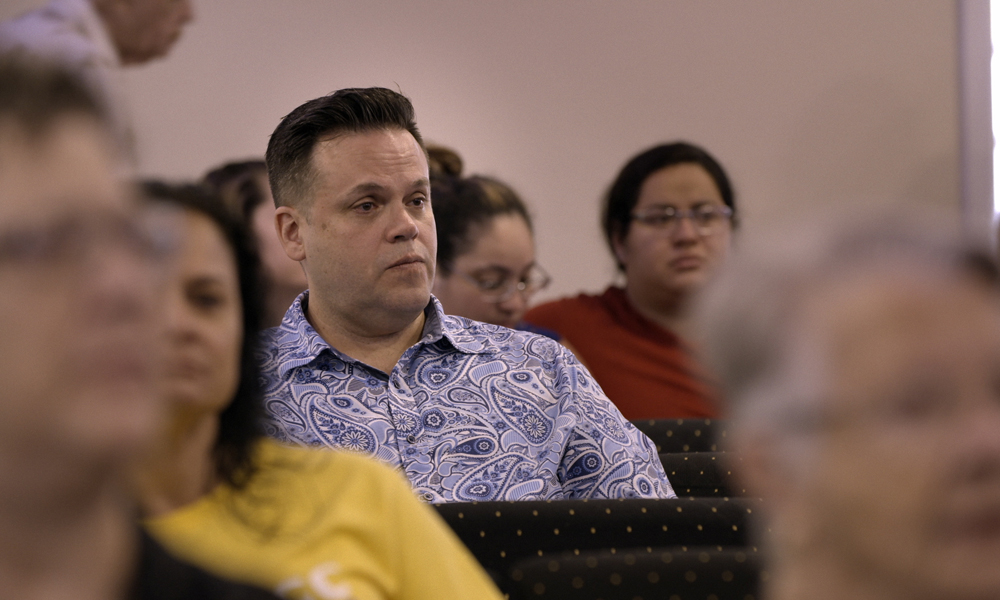 In a vintage 60 Minutes interview Paulk tells journalist Leslie Stahl that he’s not even tempted by same sex attraction. But Paulk was lying. Throughout his years with Exodus Paulk struggled with his attraction to men.

In a newly shot interview Paulk recalls being recognized in a gay bar when he was at the height of his Exodus celebrity. He tries to cover his face with his hand as a photographer follows him down the street. He said that he didn’t know that he had entered a gay bar, that he had just gone in to use the rest room. No one believes him. With his cover blown, Paulk is fired by Exodus.

Today Paulk lives as an out gay man. The film shows him holding hands with a boyfriend.

Should Paulk, Rodgers and the others be forgiven? The filmmakers don’t attempt to judge them, they merely let them speak for themselves. Their testimonies are powerful as they bear witness to the horrors of conversion therapy. The film also includes footage shot at conversion therapy prayer meetings. These sections of the film may be difficult to watch for those who have survived conversion therapy.

Though hard to watch in parts, Pray Away is a well done film. It blows the lid off the phony ministries who do this kind of work and exposes them for what they are. It’s an important film that needs to be seen, and hopefully will be seen by people who are considering joining an ex-gay ministry.

A title card at the end of the film informs viewers that over 700,000 people have gone through conversion therapy, and that LGBTQ youth who are subjected to these therapies are more than twice as likely to commit suicide. 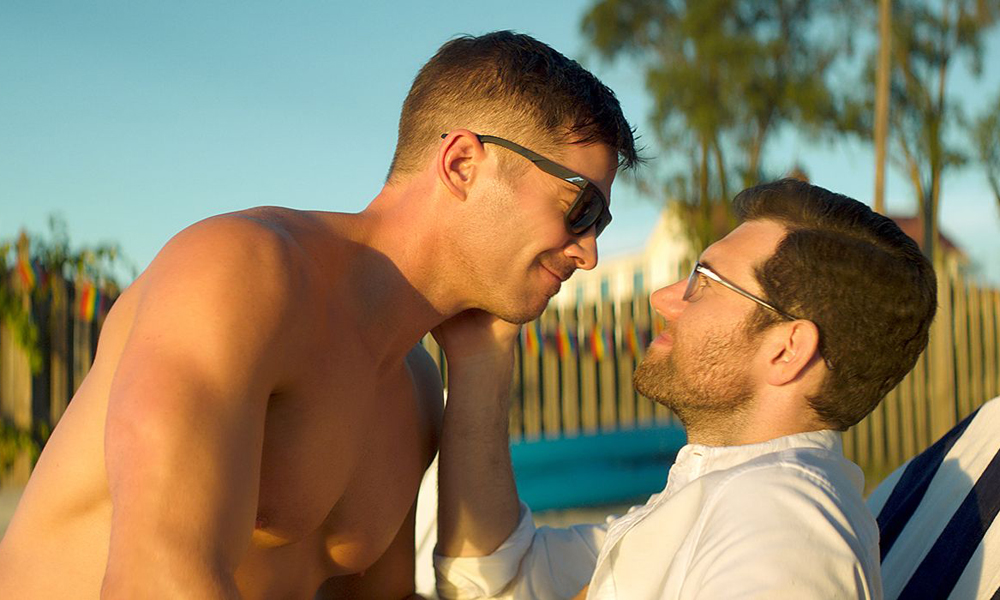 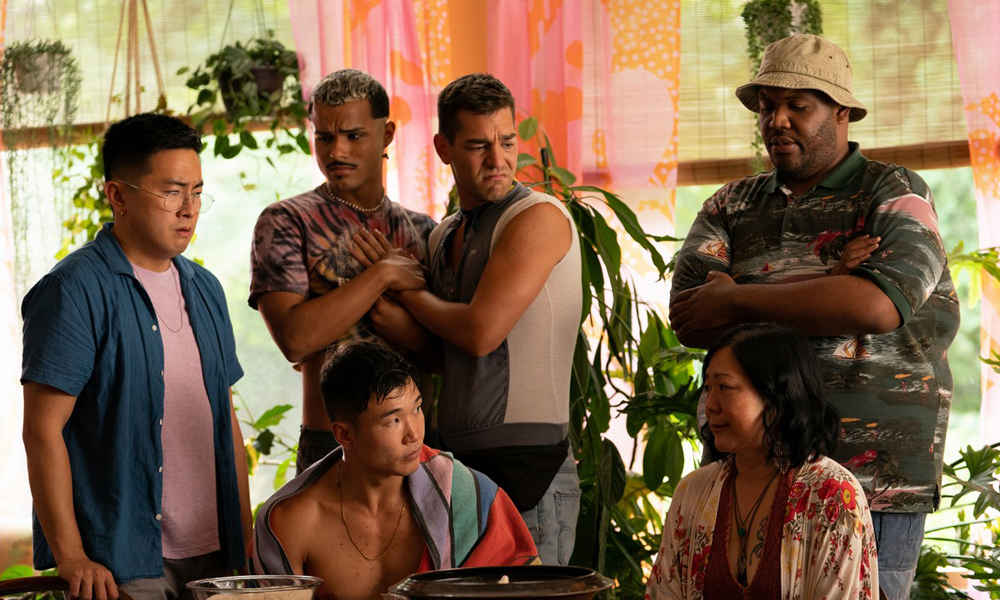