The actor talks about CBC’s The Bravest Knight, Grey’s Anatomy closure, and the importance of representation…

On Saturday, August 14, CBC Kids will premiere The Bravest Knight, a boundary-breaking series featuring a household with two dads, making it one of the first children’s television series with an openly gay main character. The series initially premiered south of the border on Hulu in June.

Based on a children’s e-book by author Daniel Errico, The Bravest Knight Who Ever Lived, the animated series tells the story of Sir Cedric, the “Bravest Knight” of the title (voiced by Grey’s Anatomy alum T.R. Knight), along with his husband Prince Andrew (voiced by Star Trek: Discovery’s Wilson Cruz) and their 10-year-old adopted daughter Nia (voiced by A Wrinkle in Time’s Storm Reid). Nia wants nothing more than to become a brave knight just like her dad Sir Cedric, so she listens to Cedric’s tales of how he was once a young pumpkin farmer who became a fierce warrior. 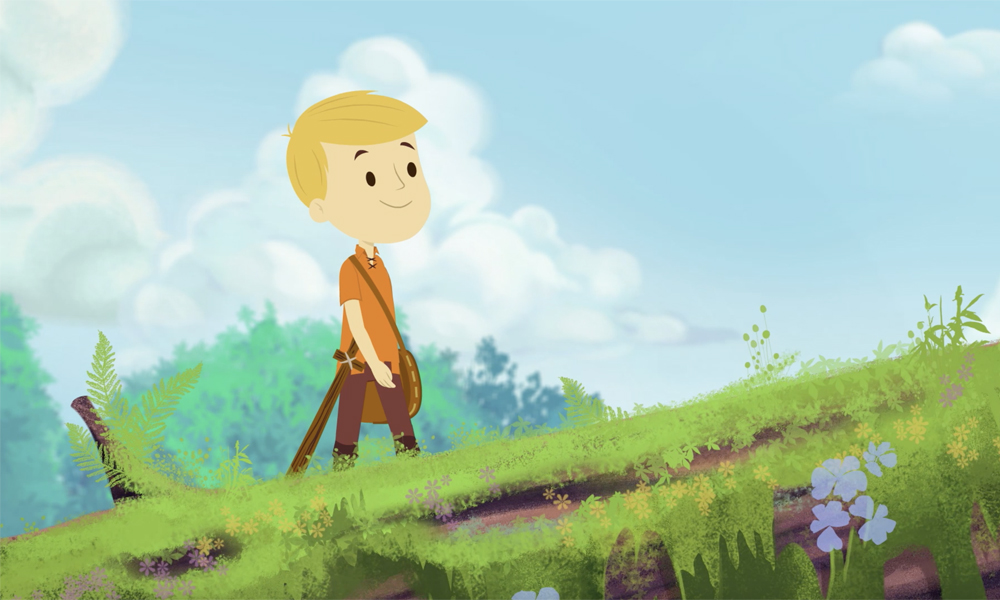 It’s been 16 years since T.R. Knight was cast as the beloved Dr. George O’Malley on Grey’s Anatomy and, though he was unknown when Grey’s premiered in 2005, Knight soon emerged as one of the breakout stars (and earned a supporting actor Emmy nod in 2007). He publicly came out in 2006, telling People that “I hope the fact that I’m gay isn’t the most interesting part of me,” and has become a humble trailblazer for the LGBTQ+ community and a champion of diversity.

IN caught up with the actor before the Canadian premiere to talk about his passion for the show, what’s coming up next for him and, of course, Grey’s Anatomy.

Out of all the animated series in the world, why did you decide to lend your voice to The Bravest Knight?
I have dreamt about voicing animation since I was a wee pup. And having this specific project come into my life makes me feel humbled and incredibly grateful. I got to record with Storm Reid, which was a gift since many times the recording process is done solo, and she is brilliant. Shabnam Rezaei [the show’s director, and co-founder of Big Bad Boo Studios, which produces the show] is a dream to work for, and I admire her work to help make this world a better place.

Tell us more about your character, Sir Cedric.
Sir Cedric grew up with the hopes of one day becoming a knight, which was a big dream since he was the son of poor farmers. Every episode flashes back to when young Cedric was a not-yet-knight having adventures with his friend, a troll named Grunt. Eventually Cedric grows up to achieve his dream, and he and his husband, Prince Andrew, have a daughter Nia, who now also dreams about becoming a knight.

The Bravest Knight is considered one of the first all-ages animations to have an ‘openly gay main character,’ not to mention featuring a household of two dads/gay parents. Why do you think this is still important in 2021?
This is one of those questions that I feel brilliantly answers itself. Exactly because it is one of the first. Seeing yourself, or your family, represented as you grow up is critical. I know the damage done by not seeing myself represented in television and film. And when I rarely did, it was under the weight of the queer tragedy narrative. Growing up, I was told explicitly and implicitly that being queer would lead to either a lonely, unhappy life or else to death. Those were lies told to me to make me think happiness was not possible because of who I am. The truth is I found my own prince. His name is Patrick. 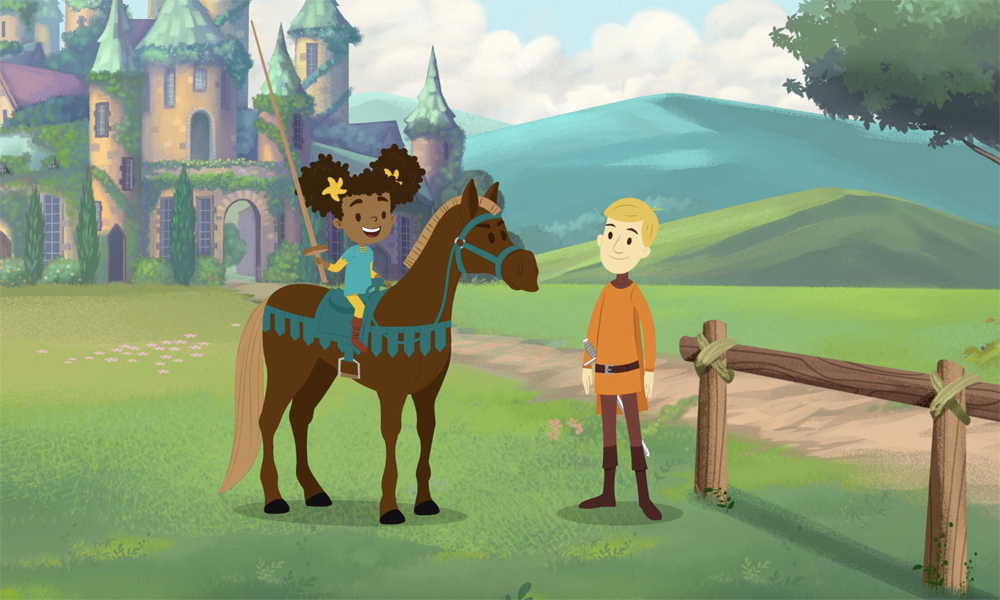 What do you hope children – and all those watching – take away from watching the series?
Most of all, I hope they are entertained and that it sparks their imagination. That would be a wonderful achievement. And if they pick up on one of the many examples of kindness and incorporate that into their lives, all the better!

If you could talk to your seven-year-old self, what would you say to young T.R.?
Do not, under any circumstance, do NOT cut your Kenner Star Wars Princess Leia doll’s hair, it will not grow back, and you will regret it forever! You hear me? FOREVER!

It’s been a long time since your Grey’s days…. I’m wondering if you’ve missed the show, and how have you changed since then?
Besides achieving my well-earned wrinkles? Well, I met my husband in New York [ballet dancer and writer Patrick B. Leahy] less than a year after leaving the show. He inspires me to be my best ‘me.’ I don’t always succeed and sometimes I fail spectacularly and miserably, but what that teaches me daily is unmeasurable. And I feel that has changed me the most. 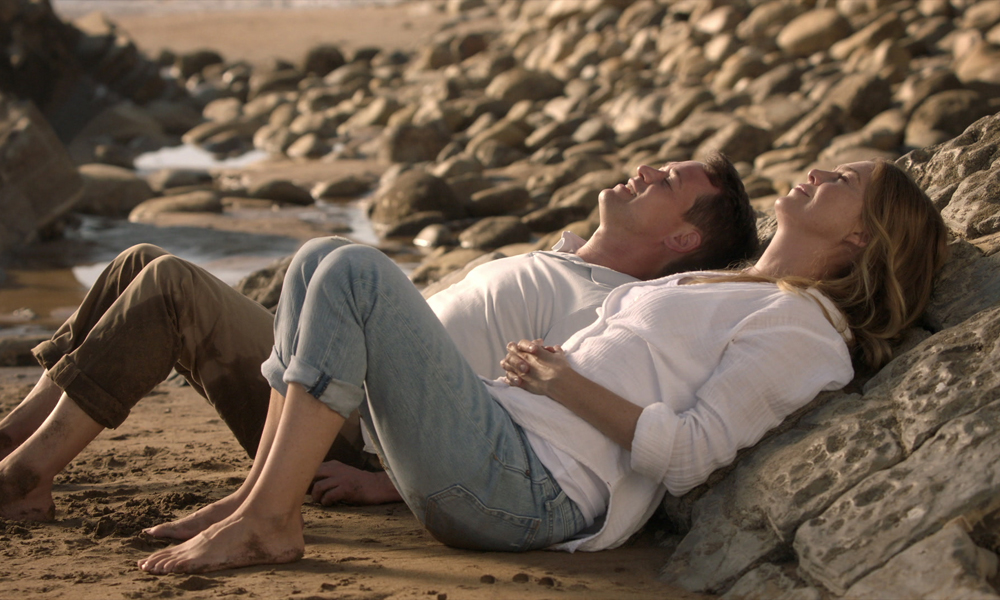 As a big Grey’s Anatomy fan, and George O’Malley stan, I have to ask about your touching return to Grey’sin December. What was it like being back on set after all these years…and during the height of COVID?
Words cannot do justice to express how meaningful it was to revisit George one last time. It was something I never thought would happen, which is a good lesson in how hilariously wrong we can be when we limit our imagination. Since we filmed on a beach, it had the element of being a completely new experience. But getting to act with Ellen [Pompeo], Chandra [Wilson] and Jim [James Pickens Jr.], and say Krista’s [Grey’s Anatomy showrunner Krista Vernoff] words again, and see all the lovely, beautiful people who are still working on the show was a gift I will respect and treasure until I am food for the worms.

You were so good in the Flight Attendant – are you returning for Season 2?
Thank you! I am. It’s incredibly challenging and fun to play people like Davey [Bowden] who are desperate to hold it all together, who think they can run from the mess of life. I find that aspect of human nature endlessly fascinating.

What do you want people to know about you that they might not already know?
Do they know I’m part Muppet? If not, I’m 43 per cent Muppet.

What’s next for you?
Work-wise, filming will begin next month for the Flight Attendant. Life-wise, I continue to hone my butlering skills as I attend to the needs of our three lovable hounds.

The Bravest Knight  (ages 6 to 11 + family) will premiere in Canada beginning Saturday, August 14. The series will broadcast on CBC TV (during the CBC Kids morning block) at 10:13 am EST/7:13 am PST, and will also be available to stream on CBC Gem.