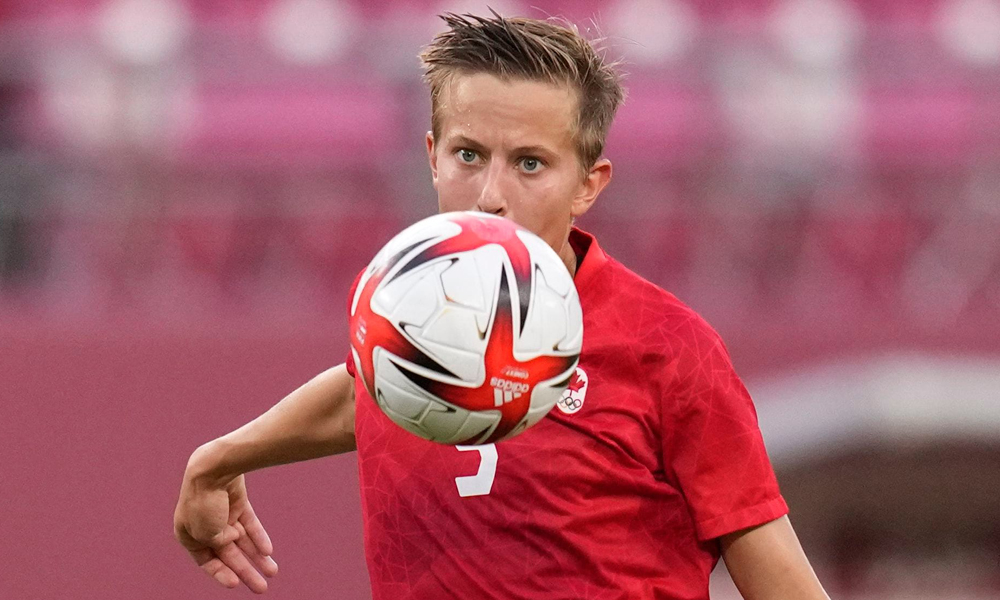 Quinn, a 25-year-old midfielder from Toronto, has become the first openly transgender and non-binary athlete to win an Olympic medal, as the Canadian women’s soccer team won gold at the Tokyo Olympics on Friday. Team Canada defeated Team Sweden Friday in the Tokyo Olympics finals.

“I don’t know how to feel,” Quinn wrote in an Instagram post. “I feel proud seeing ‘Quinn’ up on the lineup and on my accreditation. I feel sad knowing there were Olympians before me unable to live their truth because of the world.”

Quinn came out publicly as transgender in a social media post last fall, changed their pronouns to they/them and now goes by one name. They described the experience as “something I’ll be doing over again for the rest of my life. As I’ve lived as an openly trans person with the people I love most for many years, I did always wonder when I’d come out publicly.”

The hope, Quinn wrote, was “to be visible to queer folks who don’t see people like them on their feed. I know it saved my life years ago. I want to challenge cis folks (if you don’t know what cis means, that’s probably you!!!) to be better allies. It’s a process, and I know it won’t be perfect, but if I can encourage you to start, then it’s something.”

At the time Quinn told The Canadian Press it was partly because they were “tired of being misgendered” in society and the media, and also to be a “visible figure” for younger people who may be “questioning their gender, exploring their gender.”

The Tokyo Games have at least 163 LGBTQ out athletes participating by Outsports’ count, more than three times the number in the Rio Games. The Tokyo Games are the first to have a Pride House — a more inclusive environment for Quinn and others — officially recognized by the International Olympic Committee. Transgender athletes have been allowed to participate in the Olympics since 2004, with their numbers steadily increasing.

Congratulations to Quinn and the entire Canadian women’s soccer team.