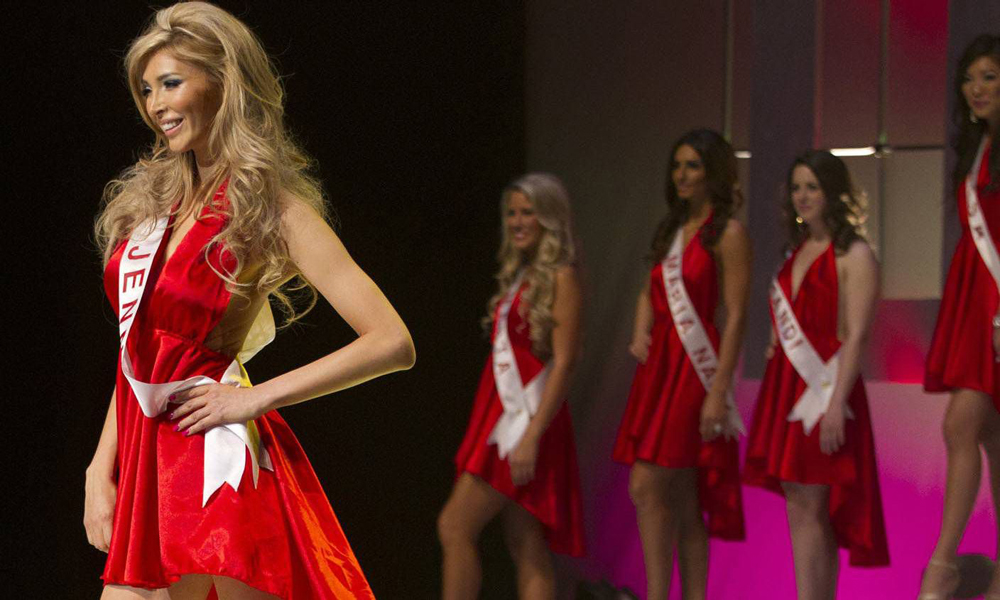 The Miss Universe organization ended its ban on transgender contestants on April 10, 2012, announcing that transgender women would finally be allowed to compete for the crown in its beauty competitions.

The decision came following weeks of headlines and scrutiny after Jenna Talackova, a Canadian competitor, was disqualified on March 24 because she had been born male.

At the time, Miss Universe officials insisted that the sudden change was in spite of, not because of, legal threats from Talackova’s lawyer Gloria Allred, a prominent women’s rights lawyer. According to a statement made by Miss Universe president Paula Shugart at the time, credit for the policy change must be given elsewhere.

“We want to give credit where credit is due, and the decision to include transgender women in our beauty competitions is a result of our ongoing discussions with GLAAD and not Jenna’s legal representation, which if anything delayed the process,” she said. “We have a long history of supporting equality for all women, and this was something we took very seriously.”

All competitions under the Miss Universe Pageant became open to all transgender women beginning at the start of the Fall 2013 pageant season.