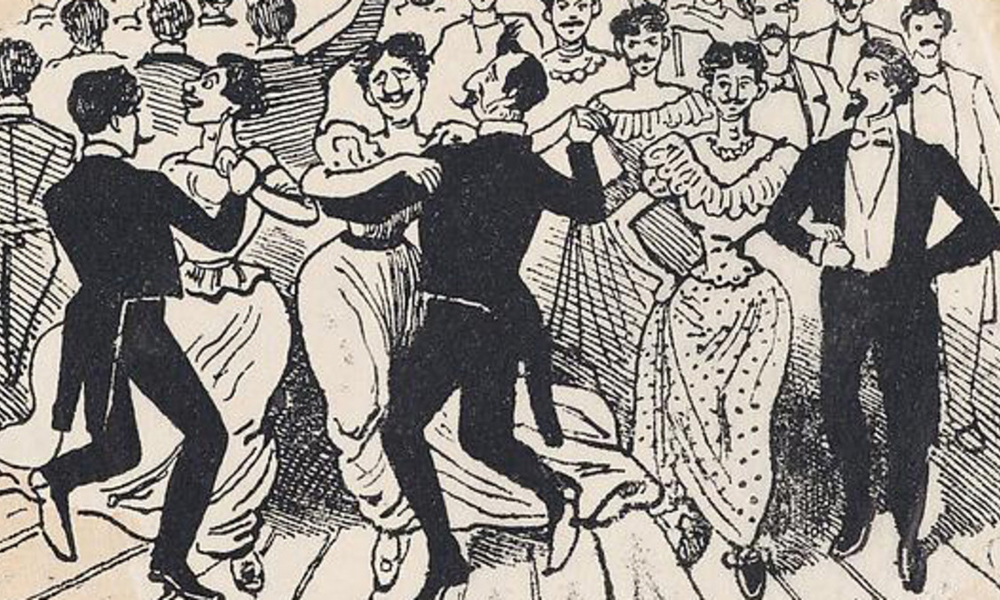 Late in the evening of November 17, 1901 (around three o’clock on the morning of November 18), police raided a private house party in Mexico City’s central Tabacalera neighborhood. At the party, police found 41 men dancing together – about half of them dressed as women.

The news travelled quickly throughout the country and – without a trial – the men who attended the clandestine drag ball were punished. Some were forced to sweep the streets in their feminine attire.

The scandal was famously called “the invention of the homosexuality in Mexico” by prominent writer Carlos Monsiváis, because it was the first time that homosexuality had been spoken about openly in the Mexican media.

Initial reports of the party that night counted 42 men in attendance, but the number was later revised to 41. The 42nd man, as the story goes, was Ignacio de la Torre y Mier, the son-in-law of Mexico’s then President Porfirio Díaz. Rumours endure that his connections to power spared him from suffering the fate and humiliation of his peers.

Over time, the number 41 came to carry a stigma in Mexico, even as details of what happened in 1901 were nearly forgotten. For decades, the number 41 was used to accuse men of being effeminate and implicitly homosexual, and people consciously avoided the number, leaving it off street addresses, military and police units, and hotel rooms. In fact, no segment of the army is allowed to be given the unit number 41.

“In Mexico, the number 41 has no validity and is offensive.… The influence of this tradition is so strong that even officialdom ignores the number 41. No division, regiment or battalion of the army is given the number 41. From 40 they progress directly to 42. No payroll has a number 41. Municipal records show no houses with the number 41; if this cannot be avoided, 40 bis is used. No hotel or hospital has a room 41. Nobody celebrates their 41st birthday, going straight from 40 to 42. No vehicle is assigned a number plate with 41, and no police officer will accept a badge with that number.” — Francisco L. Urquizo, Mexican soldier, writer and historian