Home / Latest  / What Ever Happened To Tyra Sanchez?
Latest 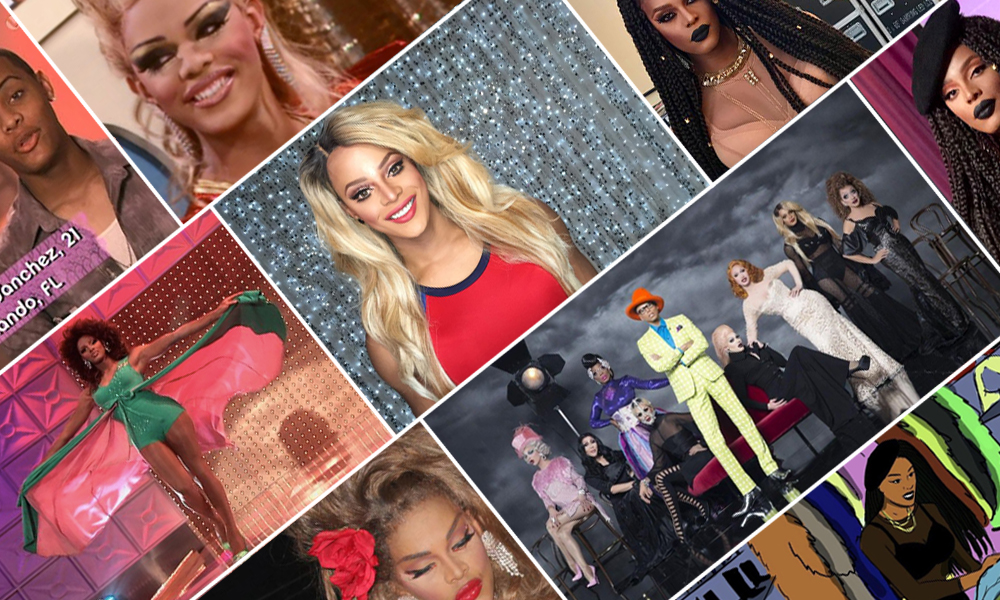 Through empty threats, and bizarre behaviour the drag community exiled Tyra Sanchez. We take a look back over the 10 years of peaks and falls leading up to Tyra’s retirement…

American entertainer, and drag queen formerly known as Tyra Sanchez has always had a cloud of controversy over her career since she stepped onto the public scene after competing and winning the second season of RuPaul’s Drag Race. Despite being one of RuPaul’s chosen ones, James William Ross has completely pulled away from the drag community, even retiring from drag altogether. Was this because of the string of controversies that have plagued his career, or was it something else? While a lot has happened to lead up to Ross’s retirement as Tyra, a collective of information on the entertainer is hard to come by, So we’ve put together a crash course timeline to navigate the highs, and lows of the career of Tyra Sanchez.

2010 – Drag Race
We were first introduced to Ross as the 21-year-old Florida queen. As the last to enter the werk room on the second season of RuPaul’s Drag Race in 2010, Ross stuck it out to the very end of the competition. Season two was kind of iconic, it was the season that brought us Shangela (for the first time), Jujubee, Tatianna, and Raven. Through his time on Drag Race we saw Ross get into some drama with the other queens of the seasons. Whether it was sleeping in the werk room and being woken up by Ru herself, or not being a complete team player in team challenges, his journey on the show was a unique one to witness. Who could forget that iconic moment between Ross and Tatianna in their wedding dresses on the main stage? Ross as Tyra blazed through the season being the queen everyone loved to hate. All of this aside, the “other” Tyra ended up taking the crown for the season, and the $25,000 prize. The first to win without ever being in the bottom two in the show’s history.

2016 – The Tweets that Opened a Can of Worms
Ross got into some hot water with some troubling exchanges on Twitter with fans where he tweeted “go kill yourself bitch” to respond to a Drag Race fan who had called him annoying. Later, he refused to apologize for his words, and stated he had no sympathy for those who chose to take their own life, calling them cowards who just gave up. In the same response he later stated that he feels bad for the families they left behind. To make matters more confusing, in that same statement he told those who had taken offence to his words, to direct their anger into energy to help those who are still struggling. Confused? Me too. Some fans believed that Ross was using the term as loose slang, while others who were offended by the statement thought someone with a large following, and some level of influence shouldn’t be using their platform to spread hateful messages. RuPaul addressed the T on his podcast and came to Ross’s defence. “People don’t get nuance on Twitter, you can’t do irony on Twitter, people won’t get it” Ru explained. And although it is very hard to decipher tone over a body of text, it still (rightfully) left drag fans divided on where they stood with Tyra. 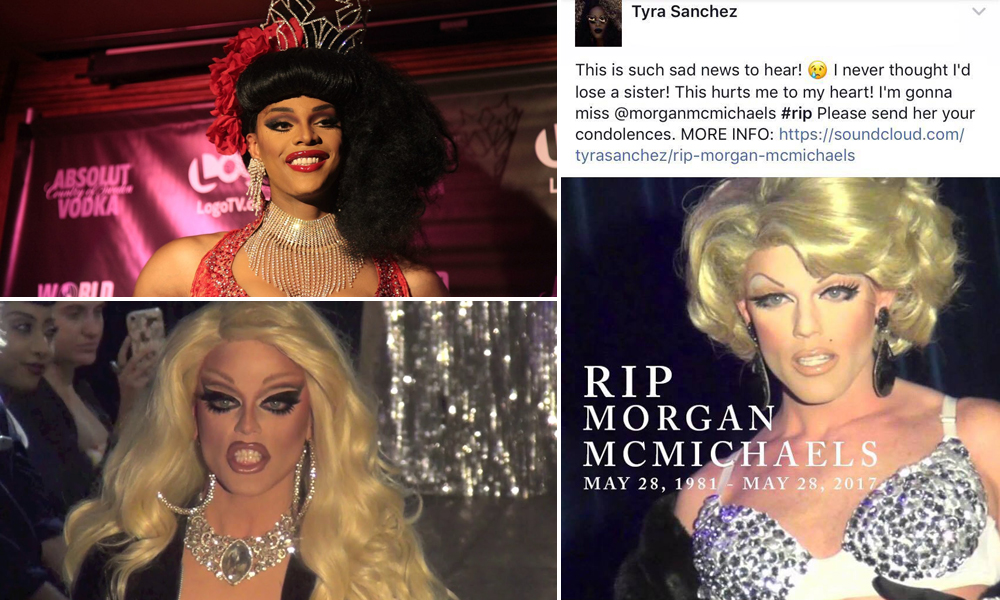 2017- Morgan McMicheals is DEAD?
In 2017 Ross posted an obituary of her fellow season two queen Morgan McMicheals on the Tyra Sanchez Facebook page. When fans clicked on the link to the obituary it redirected to Tyra’s personal SoundCloud page, leading fans to believe she was using it to promote her own music. This obviously shocked fans and angered them when they realized Morgan was living and currently performing at a gig. When Morgan confirmed she was very much alive following a show she was playing that same evening, the whole thing started to unravel. The whole ordeal circled back to a booking at a Hollywood nightclub Ross lost from comments made towards another season two queen Raven, which caused drama with Raven’s friend Morgan. While Ross did eventually apologize for posting the fake obituary of Morgan, he also was firm on never taking it down. Are you keeping up? Good, because this is going to be a running theme in the timeline.

2018 – The Drama with DragCon
Ross’s DragCon controversy is probably what most people will remember about Tyra the drag queen. For a lot of newer Drag Race fans, this was their first introduction to Tyra, and it was kind of a mess. Ahead of the Los Angeles RuPaul’s DragCon, Ross was infamously banned from attending the weekend-long event after he made threats against fellow queens Tatianna, and Phi Phi O’Hara online ahead of the convention. A countdown was also posted to the Tyra Sanchez official website with the acronym “B.O.O.M” counting down to the date of the event. This created a lot of worry from queens, and fans alike on the internet, specifically on Twitter, where fans were pleading for people attending the event to take extra precautions, or to not go at all. When the countdown ran-out thankfully nothing ended up happening, but it was enough for her to be exiled from the community completely. After Ross was banned from attending the event, he posted an email sent to him from World of Wonder stating that they wanted him to make an apology. “This apology has to make it clear that you do not condone violence against another person (including other queens) and that you will in no way encourage others to act violently (or otherwise inappropriately)” the email stated. When it came out that the video Ross recorded wasn’t a good enough apology to get him back in the good books at World of Wonder, he responded once again, with a refusal to re-apologize. “I will not be apologizing again for something that happened last month. I apologized then for my anger, my temper, my behavior and my choice of words. 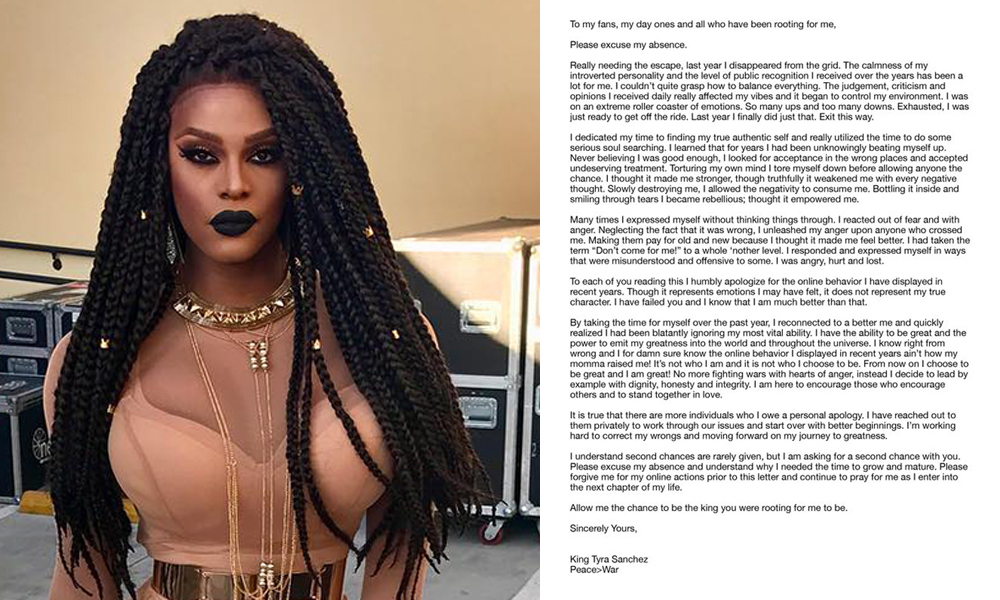 2019- A Public Apology (finally?)
Following the worrisome threats, and behaviour Ross had shown as Tyra, he ended up making a public apology via her social media in early October 2019, more than a year after the initial incident. The apology outlined that while he was sorry for what he said, his anger came from feelings he had been burying and masking for years. “To each of you reading this I humbly apologize for the online behavior I have displayed in recent years. Though it represents emotions I may have felt, it does not represent my true character. I have failed you and I know I am much better than that” she stated. While the apology seemed sincere, more drama quickly followed, as well as the backlash from fans continuing to crusade for Ru to get Tyra’s title and crown taken back due to her behaviour. 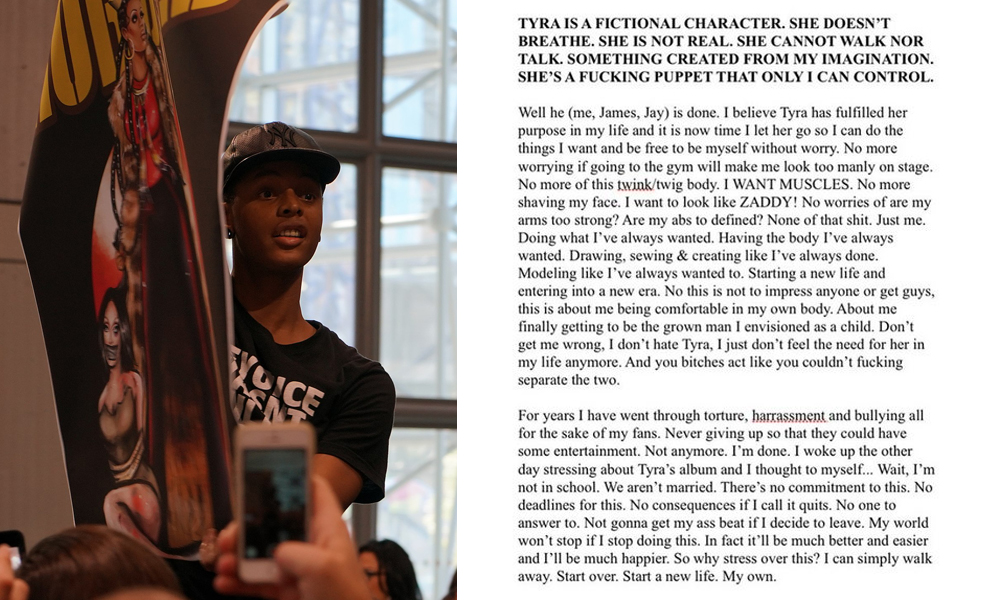 2019/2020- Retirement from drag
In the October 2019 formal apology, Ross explained that the past few years had been a rollercoaster journey with many ups and downs. He stated that the anger that was displayed came from a very dark place. Through soul-searching the best decision going forward was to retire from drag altogether. In an Instagram post published in March 2020, Ross expressed his desire for retiring from drag. “For those asking, Tyra Sanchez has fulfilled her purpose in my life. I, James Ross, no longer want to be referred to as Tyra, Tyra Sanchez, her, she, girl, or queen.” Thus ending the once triumphant, and as of lately tumultuous career of Tyra Sanchez.

Where We are Now-
As expected, fans are still divided on where they stand when it comes to this specific chapter in Drag Race history. While some fans agree with the masses that the behaviour exhibited was violent, and needed to be apologized for, others think Ross was misunderstood, and we should be challenging, and questioning other queens with for using similar behaviour. Whatever time goes by, “Tyra Sanchez” will always have fans and supporters. Through controversies like these it does give us the chance to take a critical look at how we allow people with public platforms deal with the mistakes they make, and how they respond to criticism for their actions.

Now, almost two years after the DragCon incident, Drag Race fans are still debating whether or not the situation was dealt with the best that it could have been. Who was right? Who was wrong? In a world where everybody has easy access to get their words heard online, did we silence somebody before they had a chance to own their actions, or did the punishment fall right into place? While violence, and threats of violence should never be taken lightly, were there underlying issues that we should have been talking about as well. Many fans and queens argued that the behavior Ross demonstrated does not reflect the core ideals of safe spaces and inclusivity that they try to maintain in places like their fanbases, and DragCon. And while it seems that the world has in fact seen the last of Tyra Sanchez, Ross’s legacy of being the first to win Drag Race without ever being in the bottom, the youngest to ever win Drag Race, and now the first Drag Race queen to retire completely from drag will never be taken away from him.