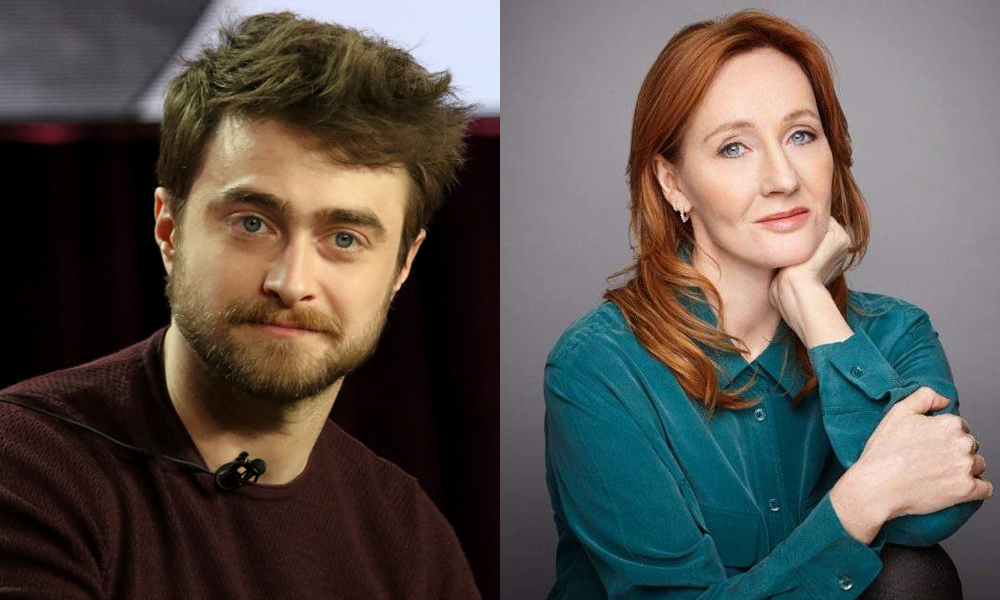 “Transgender women are women. Any statement to the contrary erases the identity and dignity of transgender people”…

Harry Potter star Daniel Radcliffe has said he’s sorry to anyone who was hurt by J.K. Rowling’s recent comments on transgender identity, and that he hoped fans of her wizarding world books will still draw strength and happiness from the Potter stories.

In a blog post on The Trevor Project site, Radcliffe said he was “compelled to say something” and apologize after Rowling created an uproar over the weekend on Twitter with comments roundly criticized for being dismissive of trans women. In Rowling’s tweet, she shared an article by Devex called, “Opinion: Creating a more equal post-COVID-19 world for people who menstruate.” The article was about issues around menstruation during COVID-19. Access to sanitary items, privacy, soap and water may be diminished in some parts of the world, it said, so the opinion piece called for funding and initiating programs to address that issue. When Rowling shared the article in her Tweet post she commented about the headline, saying, ‘People who menstruate.’ I’m sure there used to be a word for those people. Someone help me out. Wumben? Wimpund? Woomud?”

Radcliffe presented a firm counter writing, “Transgender women are women. Any statement to the contrary erases the identity and dignity of transgender people and goes against all advice given by professional health care associations who have far more expertise on this subject matter than either Jo or I.”

He went on to cite statistics about the impact of discrimination on trans people. “According to The Trevor Project, 78% of transgender and nonbinary youth reported being the subject of discrimination due to their gender identity. It’s clear that we need to do more to support transgender and nonbinary people, not invalidate their identities, and not cause further harm.”

Radcliffe opened his post by acknowledging that it would likely generate controversy because the star of the Harry Potter movies was disagreeing with the character’s creator. “I realize that certain press outlets will probably want to paint this as in-fighting between J.K. Rowling and myself, but that is really not what this is about, nor is it what’s important right now,” he wrote. “While Jo is unquestionably responsible for the course my life has taken, as someone who has been honored to work with and continues to contribute to The Trevor Project for the last decade, and just as a human being, I feel compelled to say something at this moment.”

He went on to say that he hoped those who loved the books would still maintain their connection with the stories, even if they felt hurt by Rowling’s remarks. “To all the people who now feel that their experience of the books has been tarnished or diminished, I am deeply sorry for the pain these comments have caused you. I really hope that you don’t entirely lose what was valuable in these stories to you,” he wrote. “If these books taught you that love is the strongest force in the universe, capable of overcoming anything; if they taught you that strength is found in diversity, and that dogmatic ideas of pureness lead to the oppression of vulnerable groups…”

Radcliffe also validated any projection fans may make on characters, saying that their imaginations are a key part of the creation of the story in a reader’s mind. “If you believe that a particular character is trans, nonbinary, or gender fluid, or that they are gay or bisexual; if you found anything in these stories that resonated with you and helped you at any time in your life—then that is between you and the book that you read, and it is sacred,” the actor said. “And in my opinion nobody can touch that. It means to you what it means to you and I hope that [Rowling’s] comments will not taint that too much.”