Skip to Content
Home / Life / You Gotta Have Faith 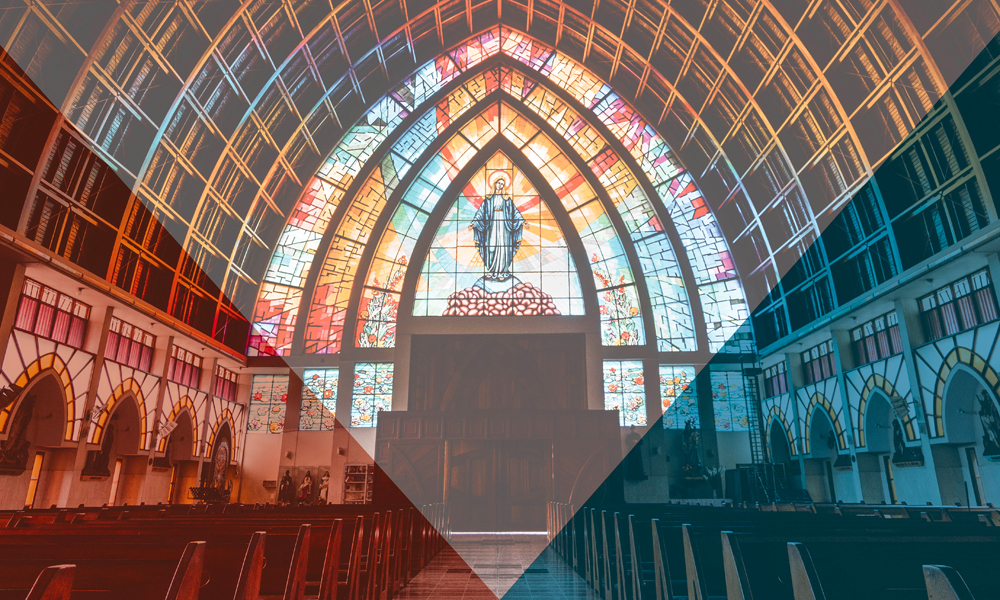 You Gotta Have Faith

Sexuality and spirituality don’t have to be mutually exclusive…

Certain topics, like politics and personal finances, are considered too taboo to talk about. Religion is often included on that list. Candid conversations about the intersection of spirituality and sexuality are few and far between.

I was baptized into the Roman Catholic Church and looking back, my upbringing was the quintessential Catholic experience. I attended a semi-private, all-boys Catholic choir school in downtown Toronto founded on the motto: He who sings, prays twice. Trust me when I say, that’s a lot of praying. As part of the choir, I sang at Sunday (or Saturday evening) Mass each week right through elementary and high school. Not only was I a choirboy, I was also an altar server who assisted the priest during the service. It’s fair to say my Catholic faith was a cornerstone throughout the early part of my life and a real source of comfort.

But when I graduated from the choir school and came out to myself, and the world, as gay, something shifted. The same Church that had once wrapped me in its warm embrace and provided me with a sense of solace now seemed to turn its back and reject me because of who I was and whom I loved. In my most vulnerable moments struggling to come to terms with my sexuality, the Church no longer felt like a safe haven I could call home. I experienced a crisis of faith that left me questioning: can I be Catholic and gay?

Unfortunately, my story isn’t all that unique. The Catholic Church has a painful history of not being a welcoming place for members of our community. Certain Bible verses – I won’t quote them here, but they’re easy enough to find if you search for them – have been used for centuries as a cudgel to beat down on LGBTQ2+ people and judge same-sex relations as sinful. When same-sex marriage was being debated in Canada back in the early 2000s, the Catholic Church openly opposed legalization and encouraged politicians to stand by their personal convictions and vote against it (thankfully, the Civil Marriage Act passed in 2005, making same-sex marriage legal across the country). And as recently as 2018, the LGBT acronym was dropped from an official document addressing ways to welcome more youth into the Church.

So the situation can oftentimes seem bleak – but sometimes, it’s a matter of planting a seed, nurturing it, and giving it the space it needs to grow.

A few years ago, I heard about a gay-friendly group called All Inclusive Ministries (www.allinclusiveministries.org), or AIM for short, that operated out of a Catholic parish in Toronto – and like doubting Thomas, I thought to myself: this I have to see to believe.

AIM celebrates Mass every fourth Saturday of the month at Our Lady of Lourdes Parish (within walking distance of Toronto’s gay village), followed by a post-Mass reception where people can socialize and get to know each other better. When I attended one of their monthly gatherings, what I found was a “welcoming, safe and affirming Catholic community that serves as a bridge between the Church and lesbian, gay, bisexual and transgender people, as well as their families and friends.” Aside from the monthly Mass and social, AIM, founded in 2012, also organizes other events throughout the year, such as a book club and LGBT film nights.

I wish this group had existed when I first started out on my journey to reconcile my sexuality with my spiritual life, but it exists now and I’m grateful for the role it’s played in helping me reclaim my faith.

Speaking in a YouTube video about his book, Building a Bridge: How the Catholic Church and the LGBT Community Can Enter Into a Relationship of Respect, Compassion, and Sensitivity, Father James Martin SJ, an American Jesuit priest and New York Times bestselling author, shares his vision for the future:

“I hope…LGBT Catholics struggling with their relationship with God or with the Church will find some guidance; that Church leaders will be encouraged to welcome them more fully; and that all of us will discover the value of respect, compassion and sensitivity in reaching out to one another, especially to our LGBT brothers, sisters and siblings.”

Father Martin believes, as I do, that “we are all on the bridge together…and ultimately, on the other side of the bridge for each group is welcome, community and love.”

When it seems all hope is lost, just remember: you gotta have faith.