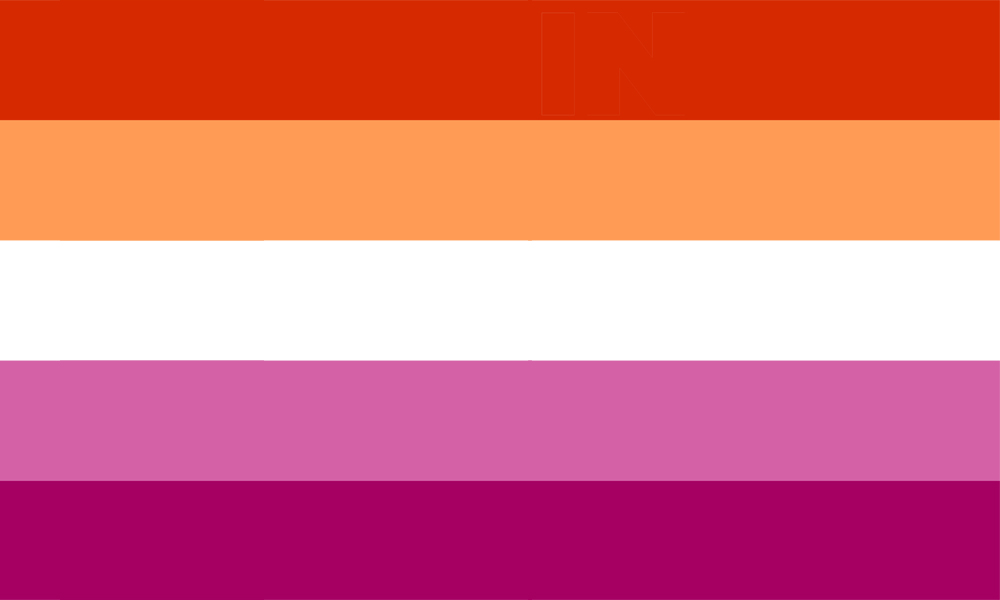 Over the past century, the world has been changing – and we owe that change to members of the LGBTQ+ community who have been willing to face widespread systemic and internalized homophobia to fight for hundreds of historical firsts every single year, including the legalization of same-sex marriage. Since the beginning, lesbians have been a huge part of that fight and the progress that has been made.

No matter how many more letters are added to the acronym, the L will always be one of the first – and Lesbian Visibility Day was founded on April 26th, 2008, to celebrate that. While lesbians are a major part of the LGBTQ+ community as a whole, they also have their own unique struggles and triumphs that deserve to be recognized.

This Lesbian Visibility Day, let’s celebrate lesbians in all their forms and take a look back at their important role in history.

The connection between feminists and lesbians
The modern definition of feminism as a movement that fights for women’s empowerment and equality isn’t exactly how it has always been. In the late 1960s, second-wave radical feminists who called themselves “political lesbians” were more about rejecting men completely. They argued that women should abandon heterosexuality by choice as a way to separate themselves from the sexist patriarchy. This is just one example of the view that sexuality is a choice, which is something the LGBTQ+ community has been fighting against since…well, forever.

Lesbian feminism, which was most popular from the ’70s to the mid ’80s, went on to suggest that lesbianism was the logical result of feminism. If you were a feminist, then you must hate men and therefore must be a lesbian. These lingering negative connections between feminism and lesbianism are part of the reason some people seem so reluctant to call themselves feminists – and lesbians – today. Thankfully, modern feminism, or fourth-wave feminism, is much more diverse, with intersectionality being one of the main focuses of the movement.

Feminism today is designed to be for everyone from the cisgender lesbian to the non-binary pansexual. But there are still pockets of feminists who aren’t as accepting as they could be. As recently as 2008, the term TERF (trans exclusionary radical feminist) was coined. A TERF believes trans women are not women and trans men are just trying to gain coveted male privilege. When TERF is used as an insult, it is usually referring to an old-fashioned lesbian who has hostile views on men and transgender people. That connection between the hostile feminist and lesbians may not be accurate in practice most of the time, but it’s an association many young people navigating their sexuality are acutely aware of.

With so many stereotypes still lingering between lesbians and radical feminism, younger generations are trying to distance themselves from the word lesbian and move towards a more inclusive and flexible view on sexuality.

The queer revolution
Representing one of the founding letters of the ubiquitous, ever-evolving acronym, lesbians have been a constant in the ongoing fight for equality, representation and visibility in the LGBTQ+ community. Along with gay, bisexual and transgender, the word lesbian has a clear definition that elicits a wide range of responses. A lesbian is simply a woman who is attracted to other women – but as the world moves beyond binary labels and towards a more fluid understanding of what sexuality is, fewer and fewer people are choosing to identify as lesbian.

The shift can be seen most clearly when comparing across generations. A 2018 study by Ipsos Mori found that young people are more likely to have a “less binary view of sexuality,” which suggests that younger generations do not feel as strong a pressure to use the label “gay” or “straight” and are more comfortable with viewing sexuality as a sliding scale. While this is true for people of all gender identities, the percentage of people who identify as lesbians seems to be dropping the most drastically.

Younger generations are skewing more towards the non-binary, with the number of people who identify as ‘queer’ growing steadily. Lesbian is seen as more old-fashioned, and many young people are no longer willing to choose a label they feel limits them. Queer is seen as much more fluid, leaving room for figuring things out along the way. The word lesbian is something they associate with older generations who fought for equality in far different ways than they do. Today, being a proud lesbian doesn’t feel like the rebellion it once did – it just feels outdated.

Despite the trend towards the queer identity, the role of lesbians in the overall progress towards more LGBTQ+ representation can’t be denied and is still just as important as ever. Without people who have unapologetically and publicly identified as lesbians, the shift towards sexuality as a spectrum wouldn’t be possible. Without the binary, there would be no in between.

Overall, when it comes to the challenges lesbians have faced over the years, being outnumbered by younger generations who identify as queer is the least of their problems.

Negative experiences with dating men is also jokingly referenced as a reason to “go lesbian,” and many people automatically think that a woman who’s experimenting with other women or even coming out as gay is just going through a phase. There’s still way too much unsolicited and ignorant advice telling them that if they could just “find the right guy,” they’d be right back to being heterosexual again. Although it’s common for people to doubt any LGBTQ+ person and their experiences, the idea that being gay is “just a phase” is much more prevalent for lesbian and bisexual women than it is for gay men.

While Pride events and representation of all kinds is essential to give people who identify as part of the LGBTQ+ community the opportunity to celebrate who they are, Lesbian Visibility Day gives lesbians the spotlight. We shouldn’t assume their experiences are the same as gay men or bisexual women, or even the same as each other. By acknowledging the wide range of diversity within the lesbian community, we can break down some of the harmful stereotypes and give younger generations the confidence to feel comfortable coming out.

Fighting for lesbian representation in the media
Members of the LGBTQ+ community who are in the public eye and who have not only come out but are also willing to speak openly about their experiences are a huge part of the progress that has been made. When Ellen DeGeneres proudly proclaimed “Yep, I’m Gay” on the cover of Time magazine and her character came out on Ellen, that helped pave the way for more storylines featuring lesbian characters on shows such as Buffy the Vampire Slayer, The L Word, Glee, Orange is the New Black and more.

GLAAD does a deep dive into LGBTQ+ representation in the media every year, because visibility is important to the next generation of young people trying to figure out who they are. When people who are still figuring it all out see gay role models and openly lesbian characters in TV and movies, and see how they fit into the LGBTQ+ community, it helps show them what is possible and gives them the strength to be open about who they are, too.

From sports to entertainment, there have been plenty of lesbian firsts in the past few decades. Lena Waithe was not only the first lesbian but the first Black lesbian to win an Emmy, for the episode of Master of None she wrote and starred in. Kate McKinnon is the first out lesbian Saturday Night Live cast member. San Francisco 49ers coach Katie Sowers is both the first openly LGBTQ+ coach in the NFL and, by extension, the first to participate in a Super Bowl.

Lesbian Visibility Day is about more than celebrities setting good examples. It’s also about the everyday people living their lives the way they want to live them: out of the closet. Through the not-always-positive connotations of the word lesbian and its rocky history, and the discrimination even within the LGBTQ+ community, lesbians have come a long way. They understand adversity and what it’s like to have to fight to simply be who they are.

Lesbians of the past and present are role models to the next generation of LGBTQ+ people, whether they choose to identify as lesbian, queer, gay, or any other letter on the spectrum. Without lesbians, the acronym wouldn’t be what it is today, and neither would the world.