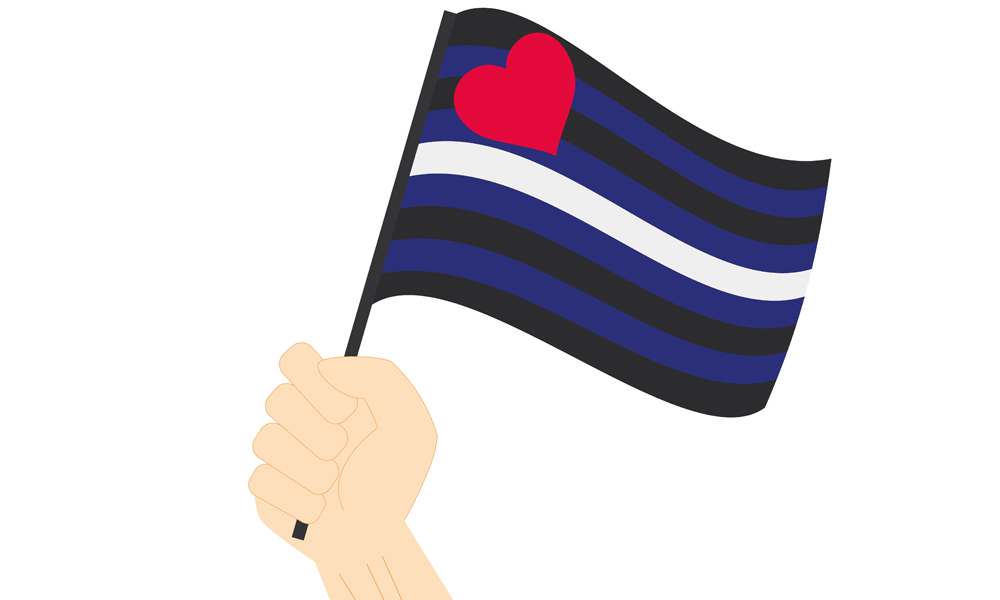 A Brief History Of Leather And The Gays

Give to me your leather, take from me my gays…

Cubs, pups, otters, silver foxes and bears, oh my. The gay ecosystem has a rich taxonomy of subcultures that all somewhat stem from one Adam(4Adam)’s rib – the leather community. It’s been around since the 1940s, when the notion of otters and the like were just a twink-le (get it?) in some queen’s eye. We’re here to break down the history of leather for you, going all the way back to the greatest generation.

It’s generally assumed that leather culture got its start in the 1940s, as an offshoot to post-World War II motorcycle clubs that began popping up around the same time. Gays had flocked in droves to large cities following Blue Discharges from the army, a way of removing homosexuals from service, as dishonourably discharging and imprisoning gays became impractical with the huge number of recruits during WWII. It led to large groups of homosexuals in cities like Los Angeles, San Francisco and Chicago.

Meanwhile, a dissatisfaction with the post-WWII white picket fence view of America was building, especially as seen in films like 1953’s The Wild One, starring Marlon Brando as Johnny Strabler, a rebel motorcycle gang leader. Brando’s iconic outfit – a black leather jacket, tilted cap, white T-shirt, jeans and boots – became synonymous with masculine style, later mimicked by James Dean, Elvis Presley and, of course, the leather scene. Gays who viewed themselves as butch and masculine were drawn to the look. Gay-focused motorcycle clubs began appearing in the 1950s, like the LA-based Satyrs Motorcycle Club and Oedipus Motorcycle Club.

In the 1950s, censorship laws were strict about male nudity. Bob Mizer created the Athletic Model Guild in 1945 to address those concerns, showing men in various stages of undress under the guise of athletic tips. Within the pages of beefcake magazines like Physique Pictorial, the first glimpses of one of the most famous artists to ever illustrate the leather aesthetic, Tom of Finland, were seen. Those earliest sketches were more chaste compared to his later work, which became much more explicit as the decriminalization of pornography and male nudity set in.

By the 1970s, Tom of Finland (full name Touko Valio Laaksonen), a – you guessed it – Finnish artist, was able to quit his job and pursue his homoerotic art full time. The muscle-bound hunks he featured were heavily influenced by the leather scene (including Brando’s Strabler character), and later, became influencers themselves of the leather scene. In an interview with The Guardian, Durk Dehner, the custodian of Tom of Finland’s work, said men would replicate the garments in the pictures he drew and send him pictures of themselves. He added, “Then he’d get more ideas – it was evolving.”

The first leather bars came shortly after. The first one opened in Chicago in 1958, founded by Chuck Renslow and Dom Orejudos. Business partners and life partners, the two would later go on to found International Mr. Leather, a leather competition in Chicago, and the Chicago White Party. Orejudos, who was also known by the nom de plume Etienne, was another homoerotic artist, who, along with George Quaintance, inspired Tom of Finland’s work. Another leather bar opened on San Francisco’s famous Folsom Street – called The Stud. It, along with Febe’s, opened in 1966 and led an influx of leather bars and gay establishments to the area. There, the leather scene flourished in a time when the only outlet for this penchant was in person.

Many a 2000s think piece would opine on the death of the gay bar (was it Grindr and Craigslist that did it? Did we even need gay bars anymore? Was it rent hikes?), and in 2016, the Stud looked like it would face a similar fate. Facing a huge rent increase, the owners planned to shut down. To save this piece of San Francisco gay history, the bar was purchased by a co-operative of local artists who now run it (including Drag Race alum Honey Mahogany).

The leather community has sometimes been thought of as a bastion for white cis rich men, a notion that has some roots in truth: early adopters believed that to be truly a part of the community, one had to also have a motorcycle (ideally a Harley Davidson). But the wheels are moving on diversity in the scene. International Mr. Leather, an enormous leather pageant in Chicago (founded by Chuck Renslow and Dom Orejudos in 1979) has been seeing more and more diverse candidates compete and win. In May 2019, Jack Thompson – who wore a leather adorned transgender flag jockstrap – became the first trans person of colour to win the title. The year before, James Lee, a person of colour, won. Both Thompson and Lee were members of Onyx, a leather group for POCs.

Lesbians have also long been part of the leather community, even before the 1979 founding of San Francisco-based Dykes on Bikes. There has also been an International Ms. Leather competition in California since 1987.

Leather and BDSM (bondage domination sado-masochism) have often gone hand in hand – just look at Tom of Finland’s later drawings: unapologetic depictions of hardcore kink – but the Folsom Street Fair is the perfect amalgam of the two. Founded in 1984, just down the way from the Stud and Febe’s, it’s a celebration of all things kink and leather. The upcoming Folsom is set to include 250,000 fetish enthusiasts spread over 13 blocks in San Francisco. Folsom also helps shed the view of leather as a white cis male thing: it offers an area called “The Playground,” which is a space that “explicitly centres those at the margins of the leather and kink community and our society at large, providing hot, safer space for women of every kind and all trans and non-binary folks” and is not open for cis men. Folsom Street Fair has also donated over $7 million since its inception; last year alone it gave back $325,000 to the community.

Despite the leather enthusiast’s gruff exterior (the whole bedecked in leather thing doesn’t exactly scream “come hug me!”), it’s a community that is open and welcoming to newcomers, marginalized communities or just the leather curious. Maybe stop into a local store, try on a harness, and see for yourself!