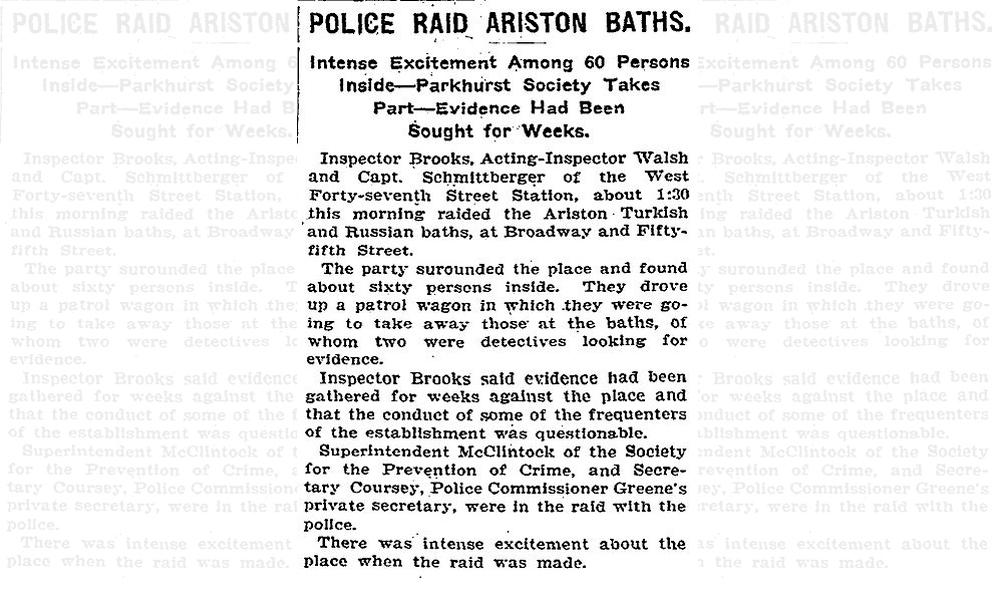 On February 21, 1903, at nine o’clock at night, two undercover officers entered New York’s Ariston Baths. NYC’s police had spent several weeks collecting evidence against men who entered the bathhouse, which they did in conjunction with the Society for the Prevention of Crime. It was the beginning of the first-ever recorded anti-gay police raid on an establishment in the United States. During the next few hours, the two officers spent time observing the bathhouse to gather evidence to incriminate individual patrons, who were later charged.

At 1:45 am, a group of police officers entered Ariston Baths and blocked the exits of the establishment so that none of the 78 men inside could escape.

The raid resulted in 34 arrests and 16 charges of sodomy; the rest were let go with a warning. Twelve of the men were sent to trial that same year (five of those trials have transcripts that have survived the years and are viewable today), and seven of those men received sentences of multiple years in prison.

Of course, this was years before Stonewall. There were no protests or marches to oppose the decision. The men were simply ushered off to jail, victims of early America’s widespread homophobia, and forgotten by history.