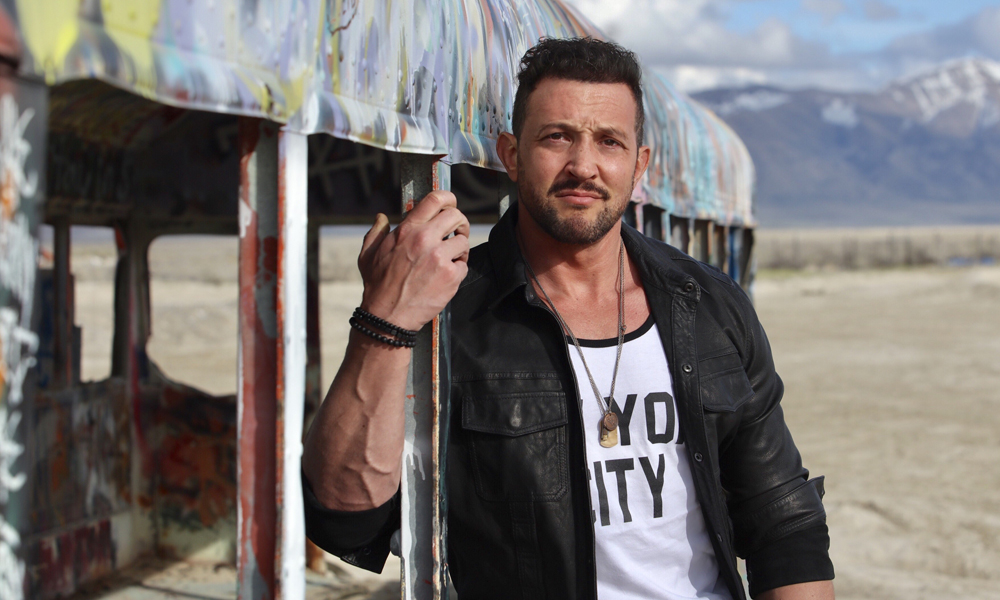 The singer talks about his traumatic experience with conversion therapy…

Singer Justin Utley was 24 years old when his church leaders forced him into conversion therapy. They threatened embarrassment for his family and expulsion from the church – essentially social and cultural suicide within the Mormon culture of Utah – if he didn’t comply with their demands.

He was told that being gay wasn’t biological; that his same-gender-attraction condition was caused by a number of psychological and environmental variables that could be cured through intense psychotherapy, weekly group meetings and specially prescribed medications.

In the end, the therapy proved to be more than unsuccessful. The repercussions from having such a large part of his identity vilified, stripped of its integrity, broken down and compartmentalized as a condition has been debilitating for Justin. He sings about the trauma in “Survivors,” the first single from his third album, Scars.

Why did you choose ‘Survivors’ as the first single off Scars?
Scars is one of the most heartfelt, brutally honest, thought-provoking and vulnerable collection of songs I’ve ever worked on. ‘Survivors’ is the perfect opening [to the album] because it is about overcoming insurmountable odds and eventually thriving, despite our struggles in the face of adversity. It takes a lot to move forward in life while carrying traumatic experiences with us. This song is my way of honoring that.

Have you left the Mormon faith?
I have, but my sexuality had little to do with my leaving, to be honest. It was a catalyst for me to dig deeper into the Mormon faith’s problematic history that had been purposely hidden from me.

Do you still consider yourself a person of faith?
I am a humanist. I believe that the power of God is in each of us. We have the power to create, change, build and destroy. It isn’t up to someone in the sky to help people in need – it’s up to us to do it. We have that capability. It’s just a matter of discovering it, ignoring the noise of people who want to control where our attention and money go, and to start using our lives for something good, instead of standing by, watching in complicity.

How has your family reacted to your decision to come out?
They’ve been behind me in this roller coaster, for better and for worse. They’ve each had their own internal challenges, spiritual or otherwise, but in the end, they didn’t just accept or tolerate me; they have embraced me, my values, and have stood by me.

Your niece is featured in the music video for ‘Survivors.’
She is! When the narrative for the music video was finalized, the director and I looked into casting. I thought of her, and suggested to my brother that she send in an audition video. I didn’t want her to think she could just assume she would get the part. What she sent in was adorable!  She didn’t know it would only be the director and me watching. At the end of the tape, she said, ‘I don’t know if you’re aware, but Justin Utley is my uncle, and he’s in the video, too.’ Name-dropping at eight years old. Clever girl! 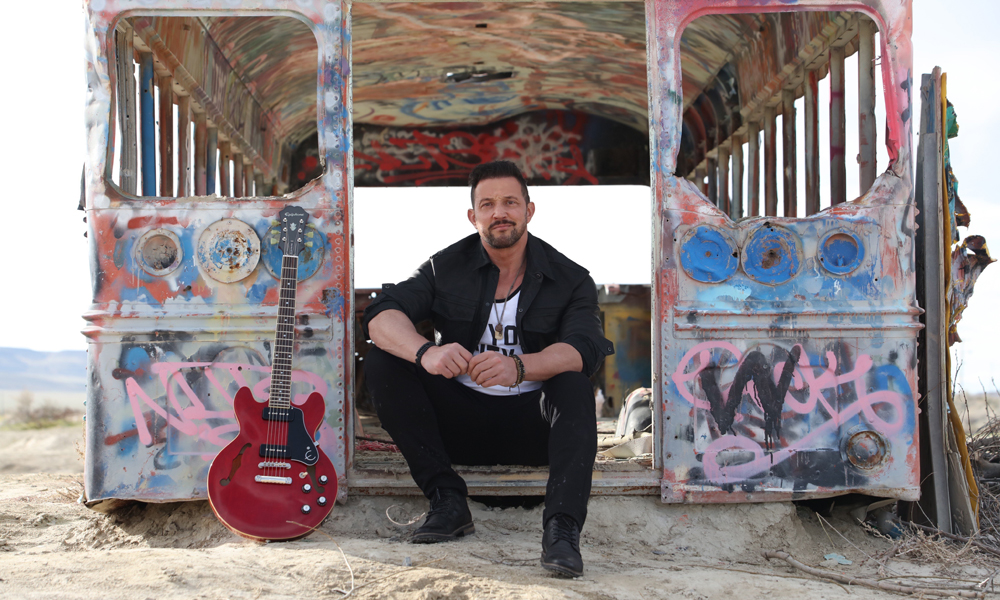 The orchestra in the video is simply incredible.
Thank you! I have a story to share on that. The time when we were filming the music video was a particularly stressful period of life for me. I had just finished shooting a different video and was in the middle of finishing the album. I was feeling overwhelmed and doubting what I was even trying to accomplish with the project. But as I stood in the back talking to the lighting and sound techs, the director brought the orchestra on set. Their playing blew me away and it all became so real for me, in that moment, and tears came to my eyes! After all this work, all the technical stuff that robbed me of enjoying the artistic side of the project, my spirit just lifted as I heard the musicians breathe their magic into the song. It still brings me joy when I watch them play in the video.

Moments like that keep us going and believing in what we’re doing and what we have to say.
And it reminded me that even if you can’t see a silver lining, you can make one.

Are all of the songs onScars about your experience with conversion therapy?
No, I touch on some deep relationship scars that I’ve experienced over the last few years. And there are also songs about loss and even suicide. There’s some pretty heavy stuff on Scars.

You also introduce a new sound in the album.</strong
I’ve been looking for something different, a new sound that is still true to me and my art. Authenticity is something I value a lot. It’s something I won’t compromise on, and I think it’s something people are finding less and less of. I worked with a new producer and songwriter who pushed me lyrically, vocally and musically, and it’s been exciting to explore this new side I didn’t realize I had. Even the more sombre songs on Scarsare intense and have a quicker tempo. I’ve really focused on keeping this album anthemic and pop-driven. It’s been a refreshing change for me.

Where do you go from here?
I’ll be touring in the fall with the new album, then securing some Pride dates for spring and summer. I’ve got two more projects in the hopper, and some opportunities for musical theatre. I also have a few projects related to conversion therapy that will be finishing soon, including a resource for survivors.

Do you come across a lot of survivors at shows?
With my touring and speaking engagements, I’ve met a lot of other survivors, and while it’s crucial that we stop this horrendous and archaic practice of conversion therapy, it’s just as critical to me that there is support and mental health resources available. There are a lot of scars that come with going through conversion therapy. Lots of shame, vulnerability and insecurities. I’m building a resource that provides options for healing and direction, towards having a life that consists of healthy, happy, authentic relationships, including the one with yourself.

LARRY OLSEN is a poet, cartoonist and produced playwright. He is also a stop motion animator and holds a Bachelors in English Literature and a Masters in Communication, and is presently pursuing a PhD in Educational Psychology. He is an animal advocate and a fledgling toy and game designer. 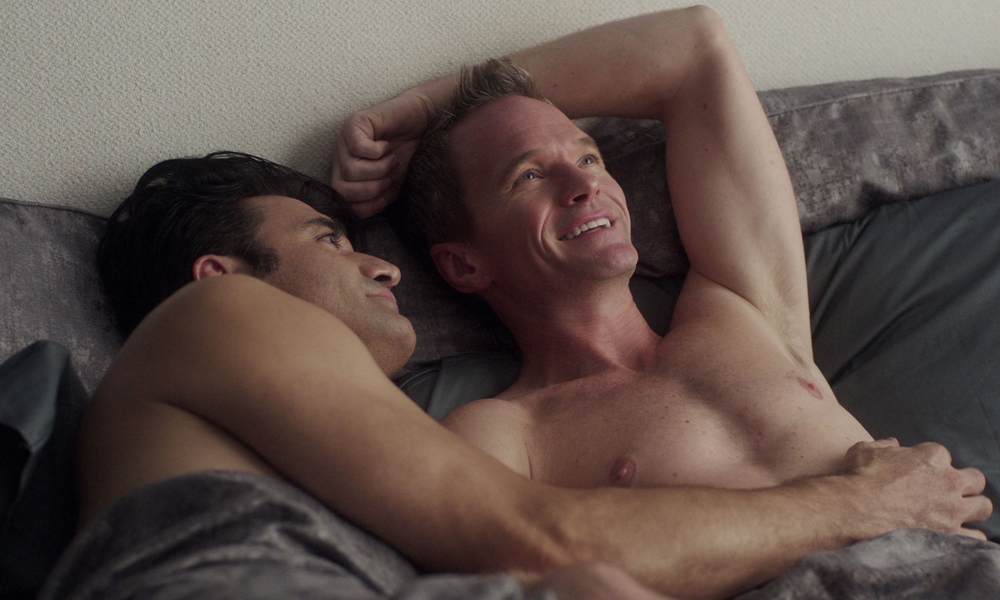