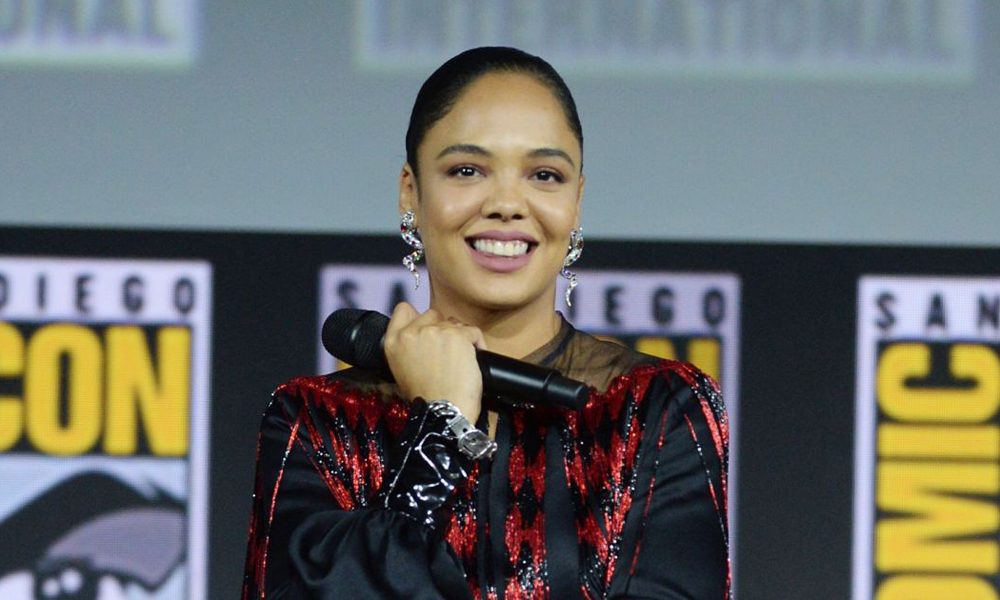 There has been a lot of discussion surrounding queer superheroes throughout the past few months, and it seems that Marvel Studios is finally putting its money where its mouth is. Tessa Thompson has confirmed that she will play the first openly LGBTQ superhero in the Marvel Cinematic Universe.

Speaking on a panel at San Diego Comic-Con on Saturday, July 20, Thompson confirmed that Valkyrie would be the first superhero in the Marvel Cinematic Universe to be openly LGBTQ+. Thompson portrayed Valkyrie in 2017’s Thor: Ragnarok and Avengers: Endgame which hit theatres in April.

“First of all,” Thompson said in an unveiling of the screening of a preview for Thor: Love and Thunder, “As king, [Valkyrie] needs to find her queen. So that’ll be her first order of business, she has some ideas.” The comment referenced the ending of the film Avengers: Endgame, where Valkyrie is made king of Asgard by Thor. This new installment will pick up from there.

Marvel head Kevin Feige confirmed Thompson’s implication that Valkyrie would have any explicitly queer storyline, adding that “how that impacts the story remains to be seen with that level of representation you’ll see across our films, not in just Thor 4.”

Marvel’s fourth Thor film: Thor: Love and Thunder is due out in 2021.