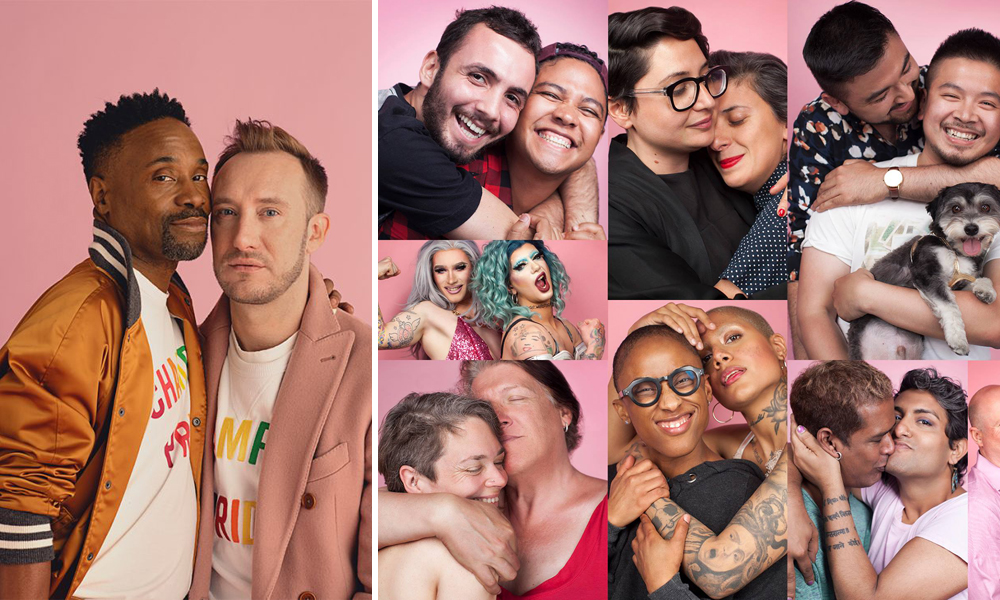 American fashion designer Todd Snyder, in partnership with Champion, recently launched a Pride capsule collection as part of Snyder’s #TSPride Campaign. While Snyder is straight, he identifies as an ally of the LGBTQ+ community. While creating “Todd Snyder Pride” may be a questionable choice for a straight ally, 20 per cent of the proceeds from #TSPride will be donated to the Stonewall National Monument. Straight allies supporting queer causes is always welcome, but there’s a complication here: some of #TSPride’s promo material looks like it’s been ripped off from Toronto’s LoveisLoveisLove campaign. 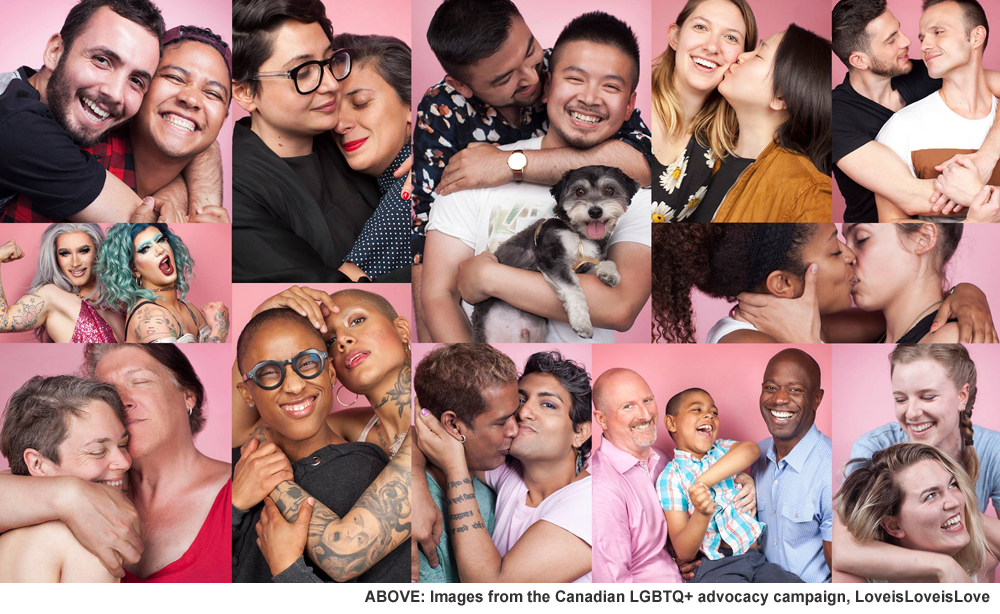 LoveisLoveisLove is a Canadian LGBTQ+ advocacy campaign known for its distinct aesthetic, which showcases LGBTQ+ people in front of a pink backdrop. The campaign’s photos are honest, sentimental, and easily recognizable for many LGBTQ+ people in Ontario. LoveisLoveisLove is responsible for some major art installations in the province, including one of the largest installations ever done in Toronto City Hall. The campaign has a strong grassroots feel to it. It’s spearheaded by a local queer artist, Adam Zivo, and exclusively features everyday members of the LGBTQ+ community – a campaign by queer people for queer people. 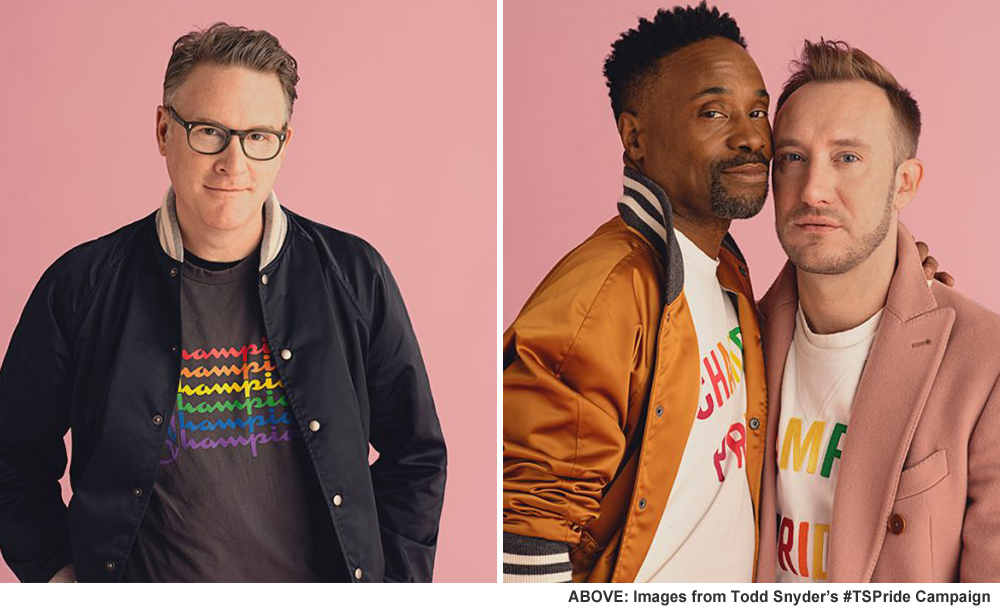 How closely does Todd Snyder’s campaign resemble LoveisLoveisLove? Quite a bit, says Zivo. “A friend messaged me because he saw some of Snyder’s campaign on an influencer’s Instagram. He was livid because he thought my work had been stolen. I was a little skeptical at first. I didn’t want to believe it, and because Snyder’s campaign uses images in other colours, I thought maybe it wasn’t a big deal. Then another friend, who helps me with the campaign, messaged me. He said a government contact had told him that they ‘loved what we did in New York.’ Which is nice to hear, except LoveisLoveisLove doesn’t do anything in New York, at least not yet. We pieced together that they had seen the Snyder campaign and thought it was us. When a random stranger, who you want to work with to make change, gets confused because another campaign is using your aesthetic, it becomes a serious issue.”

Cultural appropriation is becoming an increasingly important conversation for many people, especially as some LGBTQ+ folks feel uncomfortable with the growing corporate interest in their communities, which can feel shallow or exploitative if done wrong. With that in mind, it’s understandable why some might feel uncomfortable with the possibility that a straight artist, in partnership with a major brand, could be making a profit off of ripping off LGBTQ+ art, even if some of that money is going towards an LGBTQ+ cause. It raises questions about what it means to be an ally, what artists can do to protect their work, and how can one prove appropriation when, if done carefully, it can resemble coincidence.

“I’m still trying to figure out what’s the best way to address this,” says Zivo. “At the very least, I want other artists to be aware of this story, because awareness helps people stay vigilant. I’m hoping that my case, in which lines are a little blurry, can help other artists be more aware of the reality that protecting your art isn’t always clear-cut. Even in problematic cases, it’s important to have the confidence to stand up for yourself and your work.” 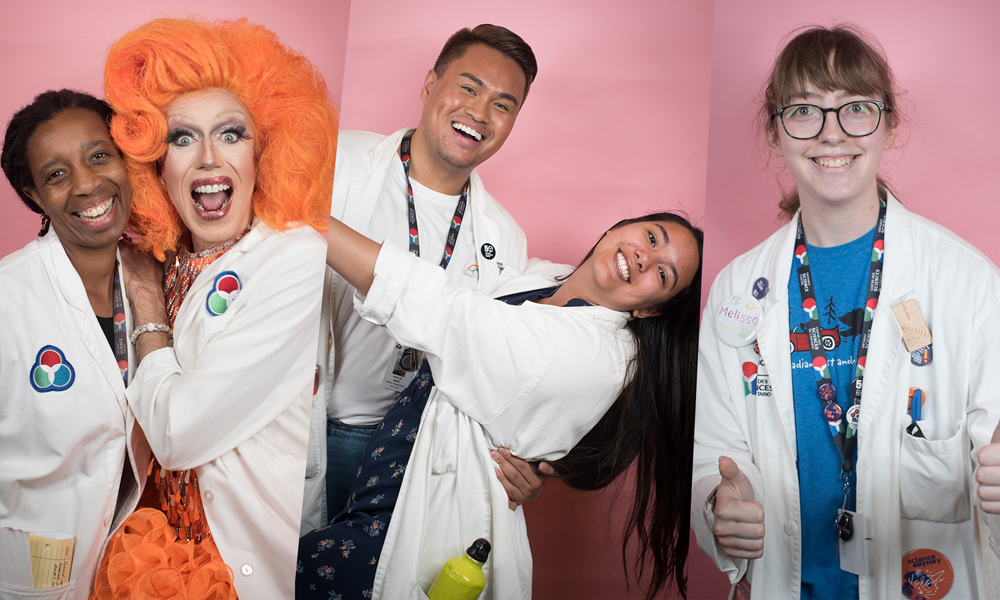 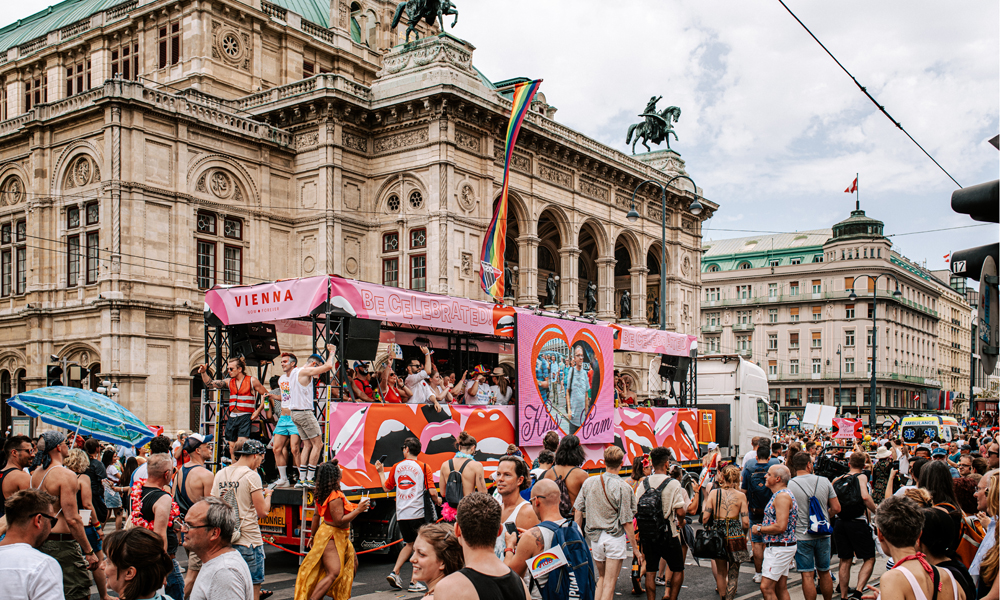 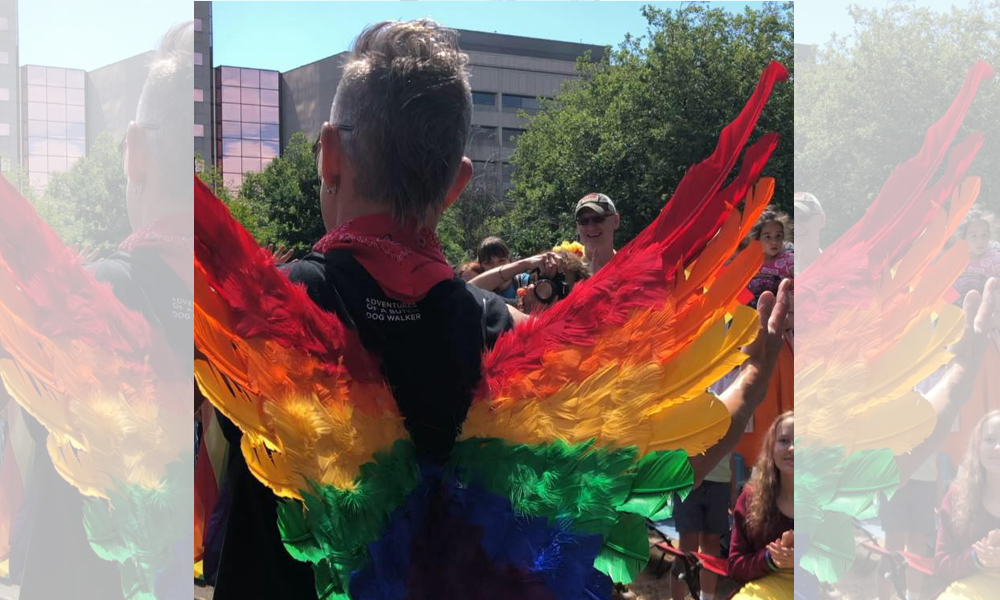