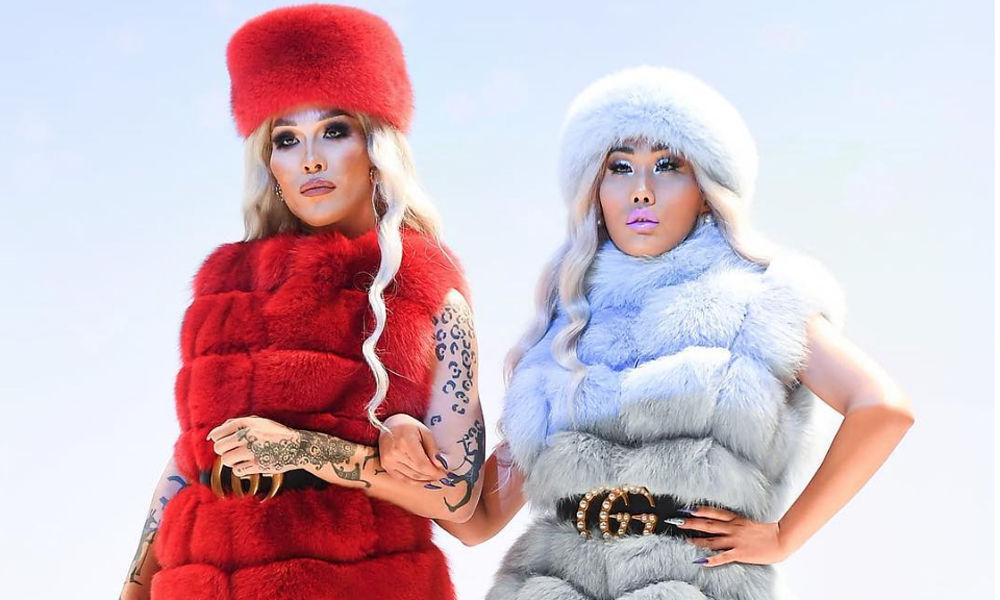 All Stars 4 may be done, but Drag Race fans won’t have to wait too long as the next season premieres on February 28. With the return of internet sensation Vanessa “Vanjie” Mateo (Miss Vanjie, Miss Vanjie, Miss Vaaanjie) and competitors from drag families of former contestants like Kennedy Davenport, Alyssa Edwards and Coco Montrese, season 11 will definitely be cut-throat.

It will also make herstory when the first Canadian competitor struts into the Werk Room. Toronto-born drag queen Brooke Lynn Hytes, dubbed the “Queen of the North,” will battle it out for a cash prize of $100,000 and the title of America’s Next Drag Superstar – or in her case Canada’s Next Drag Superstar. There is no doubt Canadians will be proudly cheering on their queen, but let’s hope that Brooke Lynn’s charisma, uniqueness, nerve, and talent are enough to impress Ru and take home the crown.

If we’ve learned anything from the past 10 seasons of Drag Race and four seasons of All Stars, it’s that everything counts and one fuck up can send you home. Two queens who know this all too well are Gia Gunn (Season 6, All Stars 4) and Kimora Blac (Season 9). Despite their catchphrases, style, and shade-throwing abilities, the two had trouble impressing the judges, and were eliminated early on in the competition. Now, they are slaying it in their own ways as performers, models, and activists.

During a Toronto Fashion Week event for Elama and The House of Brand, we caught up with the two former contestants. In a brief, but fabulous interview, Gia and Kimora divulged some of their best-kept-secrets and pro-tips for all the upcoming queens hoping to snatch this season’s title.

The eleventh season of Drag Race is returning with 15 new queens, including the first Canadian queen Brooke Lynn Hytes…
Gia Gunn: So exciting!

With your experience on the show, I’m wondering if you could give Brooke Lynn and the other new queens some tips. First, how do you make a memorable impression when you walk into the Werk Room in episode one? Gia, when you saw Kelly Mantle make her entrance you said her outfit “was nothing to gag over.”
Kimora Blac: For the first episode, I think if you’re going to walk in for the first time you need to represent your craft, represent your drag, represent what you can do without even speaking. It should all just tell a story and we’re like, “you know what…I know exactly what she’s going to do.”

Gia Gunn: I have a very similar opinion. I think the outfit should do all the talking. We shouldn’t have to look anything up about you, we shouldn’t even have to know your name. We should just know we are living, dying, gagging, breathing, and loving you.

Tip two. If you’re lip syncing for your life, what do you do to win and send the other queen packing?
Gia Gunn: Know. The. Words.

Kimora Blac: And if you don’t know the words. Know. The. Chorus.

Gia Gunn: And if you don’t know the chorus, then cover your mouth with your hair or something creative.

Kimora Blac: And if you have short hair, you better do the most sickening splits ever.

Gia, in your LaLaPaRUza lip sync against Naomi Smalls this past season, you had a reveal on the main stage. So, for the last tip, how do you pull off an epic reveal?
Gia Gunn: The tip for the perfect reveal would be don’t make it look like a reveal; make it look like any other garment or any other costume and just keep people guessing. A reveal is supposed to be unexpected.

Naturally, Gia and Kimora had the Toronto crowd howling and oohing at their subtle shade. The two queens beamed confidence, which some contestants on the show struggle with during challenges and on the main stage. So, do these two queens still get nervous before a performance?

How did you feel walking out on that runway tonight?
Kimora Blac: Before I go on stage, doing a fashion show or lip sync performance, I always get a little nervous and it’s only because I literally enjoy what I do. I get nervous, but when I’m out there…girl I’m feeling it. The audience looks good, the music is popping and I’m in my look of the day and killing it.

Gia Gunn: …we live in a time that is inspirational and influential and if we are able to influence people through our shows, our voices, our clothes and our fashion, I think we’re doing our job. I’m here to do my job and advocate for my community and use my voice for those who don’t have one.

Beyond not making that reveal obvious and remembering your lyrics, confidence was a key tip and the undertone of the conversation. To the season 11 queens, remember to represent your craft and be an inspiration. Good luck and don’t fuck it up.