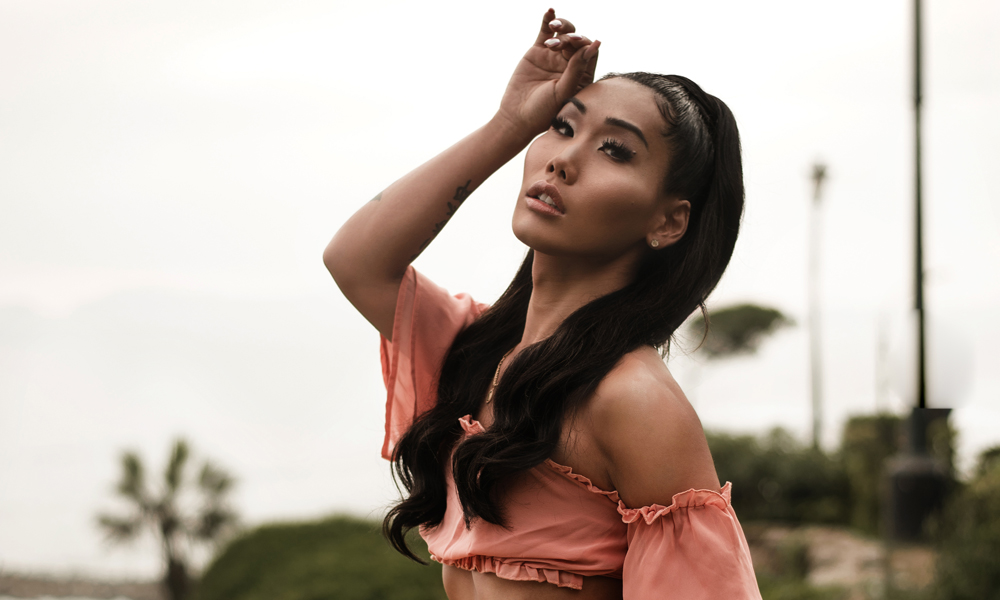 The catchphrase queen talks trans identities and the art of drag…

She might have failed to impress judges in Drag Race Season 6, but Gia Gunn’s brief stint on the series secured her as one of the greats. Her catchy quips – “absolutelyyy”, “stunning”, “feeling my oats” – and empathetic spirit (she was the only queen to support fellow contestant Laganja Estranja in the viral “I feel very attacked!” freakout) are but a few of the qualities that captured our hearts.

Since her inaugural appearance on the show, Gia’s jaunty platform has become political. Now a trans woman and advocate, she documented her transition on YouTube in a series titled #30DAYSINTRANSITION. Before she was announced as a contestant for All Stars 4, the “stunning” queen lamented she wasn’t going to compete again because her “kind” aren’t welcome on the series.

In March 2018, RuPaul sparked controversy when he said he “probably” wouldn’t let a post-transition woman compete on the show. He told The Guardian, “Drag loses its sense of danger and its sense of irony once it’s not men doing it, because at its core it’s a social statement and a big f-you to male-dominated culture.” He added, “It changes the whole concept of what we’re doing. We’ve had some girls who’ve had some injections in the face and maybe a little bit in the butt here and there, but they haven’t transitioned.”

Gia later called RuPaul’s bluff when the commercial for All Stars 4 aired and fans recognized Ru was notably absent. Gia posted on Twitter, “I do not hail to those who don’t do the same in return.” While Gia didn’t take home the crown, she makes herstory as the first trans woman to compete on the show. IN spoke with Gia following her All Stars exit to discuss her transition, her experience on the popular reality series, and navigating drag as a trans woman.

What does it mean to you to be the first trans competitor on Drag Race? Did you feel any pressure?
Definitely. I feel pressure to represent my community in the best way possible. But I also feel like RuPaul is under pressure to accept the fact that she went against her word. She has finally invited an openly transgender, female-presenting competitor on her show.

You’ve been quoted as saying, “Trans is who we are, drag is what we do,” which is wonderfully insightful. But did you ever struggle with your identity as a drag queen when you came out as trans?
Absolutely! Drag is what made me question my gender from the beginning. It was always hard to determine whether I was just loving the attention as someone who was perceived as female, or if that truly was who I was in and out of drag.

How did your family react to your transition?
In the beginning I think my parents felt that they were losing their son. Perhaps that was difficult for them to accept. I don’t think it was the transgender aspect that hurt them as much as the grieving of losing someone. In the long run they just want me to be happy and they’ve come to realize that this is what’s best for me and my happiness.

Why did you choose to transition so publicly?
I want to provide a positive example and demonstrate what a healthy transition looks like inside and out. For many years I was terrified of transitioning because I didn’t have anyone to look up to. My goal is to be that person for future generations. 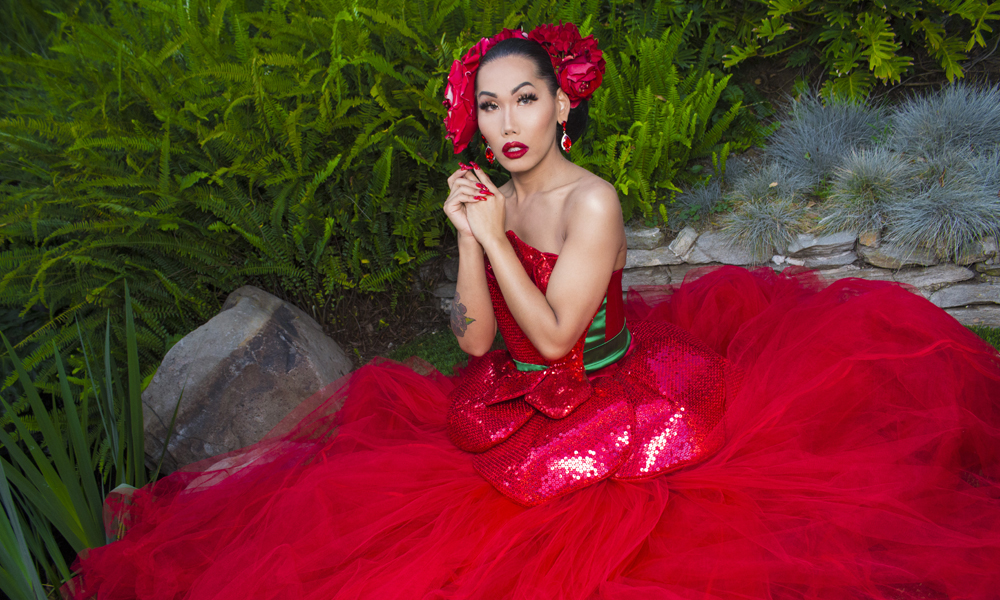 What was the hardest part of transitioning?
The hardest part was simply looking at myself in the mirror and admitting to myself that I am transgender. Then it became doing something about it, which was the decision to begin hormone replacement therapy.

In the All Stars 4 promo, you thank Drag Race for your self-discovery as a trans woman. How did the show take you on this journey?
Drag Race allowed me to see the world and experience life in LGBTQ spaces all over the world! It allowed me to interact with people who were confident in themselves and ultimately allowed me to figure out where I fit in this world as a woman. By going through this experience, I was able to be confident in the decision that I was not a gay man, but a trans woman.

What advice would you give today’s youth who are considering transitioning?
Take your time and do your research. Don’t use transitioning as a way to escape or ‘answer’ your problems.

How is Gia Gunn different from Gia Ichikawa?
They are different in as many ways as they are similar. The biggest difference would be the amount of work I put into the persona and how I present myself. Gia Gunn is high glam, sassy and witty. Gia Ichikawa is more reserved and dressed down. I like to be comfortable. I wear tracks!

You’ve said you wouldn’t return to All Stars. What made you change your mind?
I changed my mind when I realized this was a big opportunity to bring other trans queens to the forefront and increase the chances of having trans contestants on Drag Race for future seasons. I wanted to slay and shine a spotlight on the trans community. 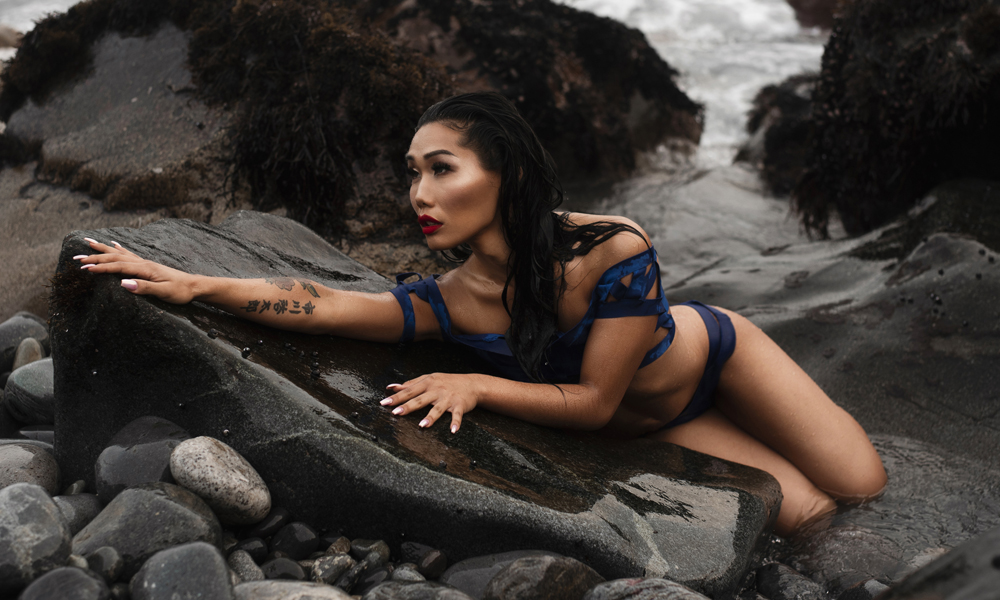 Have you found it difficult to date – not only as a Ru girl, but as a trans woman?
Yes and no. Most men these days only fetishize trans women and only seek a sexual experience based off of a fantasy or curiosity. However, I think I may have gotten lucky in finding someone who accepts and understands that being trans is just a small part of who I am as a person.

People criticized you for using the crowdfunding site GoFundMe to pay for your surgery. Any words for them?
Just be happy for people and never be afraid to ask for help when it’s necessary. As my parents taught me at a young age: if you don’t have anything nice to say, don’t say it at all!

Who is the closest friend you made from Drag Race?
By far Laganja Estranja. Even though she eliminated me on my season, we connected since Day 1 in the Werk Room. Since then we’ve toured the world as #TeamTooMuch and have remained good friends. Now we’re roommates!

You are a catch phrase queen. Did you have this planned out before you made it on Drag Race?
Absolutelyyyyy…NOT. I literally went in there not knowing what was going on or what to expect. To me the best TV happens when it’s real and free-flowing. Being calculated is nice and may work in one’s favour, but viewers can usually pick up on it.