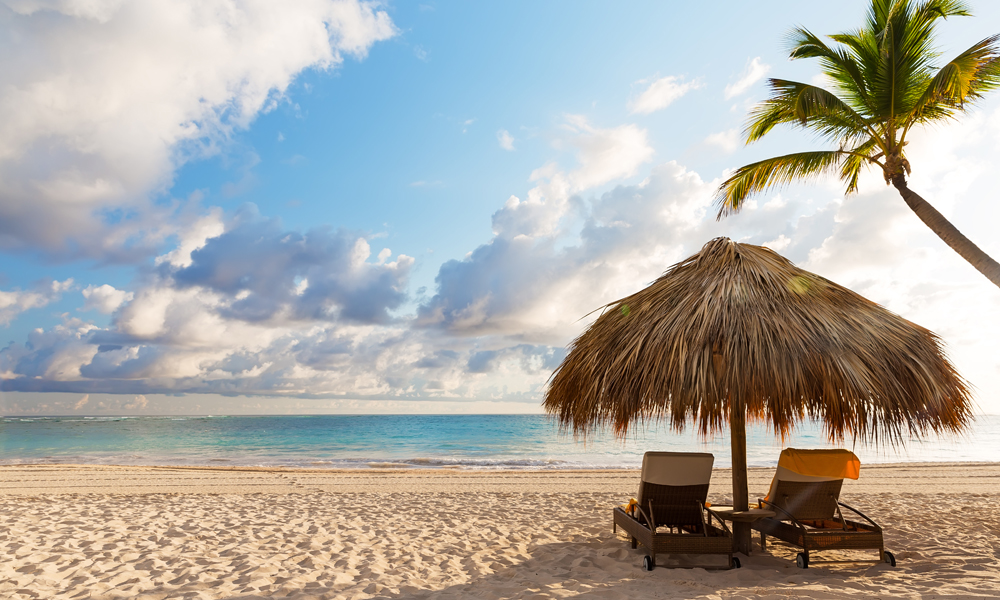 The inaugural Caribbean Pride dishes out men, margaritas and mermaids in the Dominican Republic…

Right from the heart-stopping second when I melted into a sweaty, sequence-y hug from one of the ripped dancers, I knew that coming to Punta Cana was one of my better calls.

That was just one of the perks of being at the first-ever Caribbean Pride, held last September in this Dominican Republic resort town. Despite being cut a few days short by Hurricane Maria, the celebration was an unequivocal riot. My face hurt from laughing—at the zany characters (including my animated travel mates), at the always-entertaining Miss Conception, at the sheer whimsy of it all—and the sunburn I got was well worth it.

The all-inclusive CHIC Punta Cana resort rolled out the pink carpet in style, welcoming men and women from all over the Caribbean, the US, Canada and points beyond. Initially I was a little cynical, assuming that the event was just going to be a marketing ploy orchestrated by a smart hotel. But I quickly realized it was in fact a long-overdue celebration of Caribbean gay culture, a giant party thrown by a very welcoming and genuine bunch of people.

I’m generally a stand-on-the-sidelines kind of guy, but that went out the window early on. It was impossible not to wade into the fray, get acquainted with new friends from Venezuela and Puerto Rico, scream with laughter at the Best Swimsuit Contest contestants, and indulge in rounds of frothy drinks in and out of the pool. The variety of the crowd, straight people included, was what made it fun (although I did wonder whether the poor heterosexuals had been warned that their vacation was to be overtaken by a tidal wave of beefcake. They seemed to take it in stride.) Thankfully, the resort is adults-only, as some of the poolside drag-queen bingo language was more than a bit naughty. DJs Johnny Dynell and Citizen Jane kept the tunes coming day and night.

Evening entertainment pulled out all the stops quite a few times, with the fire-eaters and aerialists in particular prompting many jaws to drop. Extremely tall, up-and-coming Toronto drag star Priyanka opened the show one night, mesmerizing the crowd with a gorgeous wall of pop perfection. And speaking of queens, a Queen tribute band, fronted by a very talented Latin Freddie Mercury, had the audience yelling itself hoarse. Who knew so many people know the words to “Radio Ga Ga”? 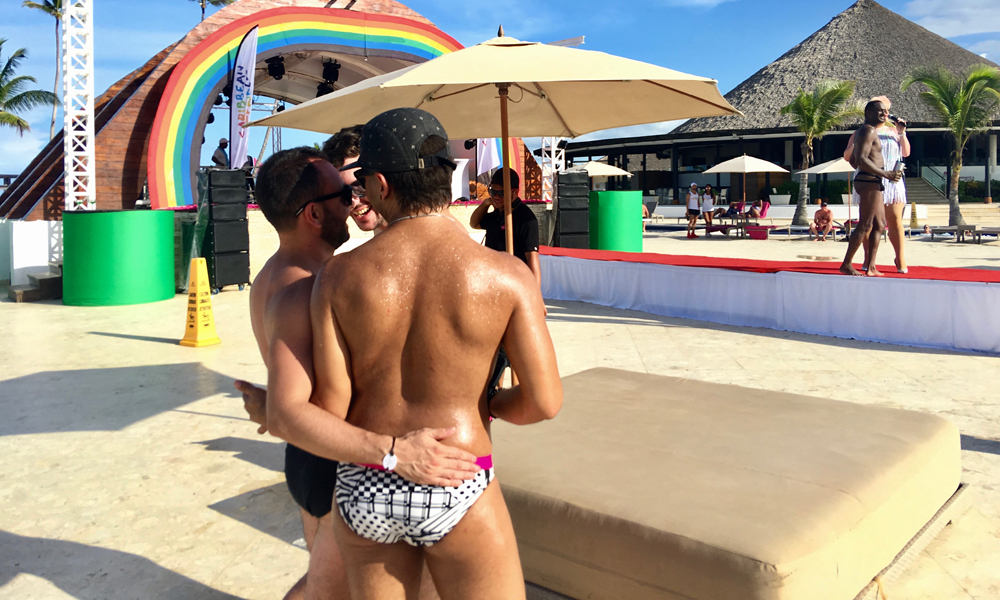 One-stop fun
As for CHIC Punta Cana, its selling point is the buzzing atmo- sphere. Owned by Blue Diamond Resorts, it is the only property in their repertoire to feature a unique mix of Las Vegas- and South Beach-style fun. Rooms are comfortable and, well, chic: mostly all-white with some dramatic purple lighting thrown in to sleek things up. Guests are looking for relaxation for sure, but also for a dash of café society sidelines to keep them occupied throughout the day and into the night. This resort gave them that, and more: the week included a series of extracurricular activities including samba class, Zumba class, yoga, mixology and pole-dancing. Other resort amenities include a casino, a Black Jack station on the way to the pool, an Oxygen Bar where you can practically eliminate your hangover, and a small nightclub kitted out with the aforementioned pole-dancing stage. At the exclusive Mermaid Pool, glass windows on two sides let bystanders watch what’s taking place below the surface. YouTube star and digital producer Michael Rizzo took to it like a sh to water, using the photo op to its fullest with a rainbow ag draped over his shoulders.

Even though one afternoon all I ate were strawberries dipped in white chocolate (I was busy!), I can tell you that the food was exemplary. In addition to a beachfront buffet-style restaurant, CHIC Punta Cana sports four fun à la carte restaurants: a steak house, an Italian trattoria, a sushi and ceviche restaurant, and one with a Middle Eastern theme. Plus, for a few extra bones, you can enjoy a special seven-course tasting menu at a private dining room.

The beach is serene and soothing, not that far away from the pool and not overly jammed with vendors hawking stuff you don’t need. More than once I hid in a corner cabana with a book, throwing money at the nice servers who brought me beers and cheeseburgers. Yes, more than one.

Getting away from the crowds
Stepping out one afternoon to see a bit more of the island, we took a luxury catamaran ride along the coast of Bavaro to snorkel the Cortecito Reef and relax in the natural pools there, beers in hand. When the captain let us take control of the music, a lip-sync contest broke out, fueled by Jack Daniels and the encouragement of random boats passing by. The poor boat staff didn’t know what to make of us. But, really, you could tell these people had seen and heard it all before. (Hospitality people anywhere have seen everything before.) Our crew was certainly in tune with the LGBTQ crowd. I didn’t sense any homophobic vibes whatsoever during my week and, man, I watch for that like a hawk.

Though same-sex sex has been legal in the D.R. since 1822, the country still has no anti-discrimination or hate laws of any kind. As in much of the Caribbean, sadly, religious groups have considerable sway with the politicians, leaving support for LGBTQ rights in the dust. There’s always next year—hey, look at Belize, which revisited its laws for the better in 2016.

Meanwhile, back at the pool, while I was trying to massage away the nap lines on my face without anyone watching, word spread that a hurricane was looming. Many of the Caribbean guests left at the rst whiff of this news, as did quite a number of Americans. In the end, thanks to an ef cient airport, we all made it out before the storm came (thankfully, the D.R. got off relatively light compared towhat people on other islands in the area have had to go through). A dramatic end to a fun- lled, albeit shorter-than-planned, week. We will just have to save our white-party out ts for next September—same time, same place.

When you go
Air Canada, Air Transat, Sunwing and WestJet all have non-stop ights to Punta Cana from around $750 return. CHIC Punta Cana is about a 35-minute drive from the airport. Spring for Diamond Club status at the hotel, which will net you private check-in/out, an upgraded room-service menu, an exclusive beach area with a dedicated bar and wait staff, access to the private lounge (where you can nd round-the-clock snacks and the more premium spirits), discounts on spa services and free access to the spa’s hydrotherapy circuit, as well as access to the Mermaid Pool—all really worth it. Visit CaribbeanPride.com and ChicResorts.com.