Skip to Content
Home / Latest / Hanging Out In The Conservative Closet 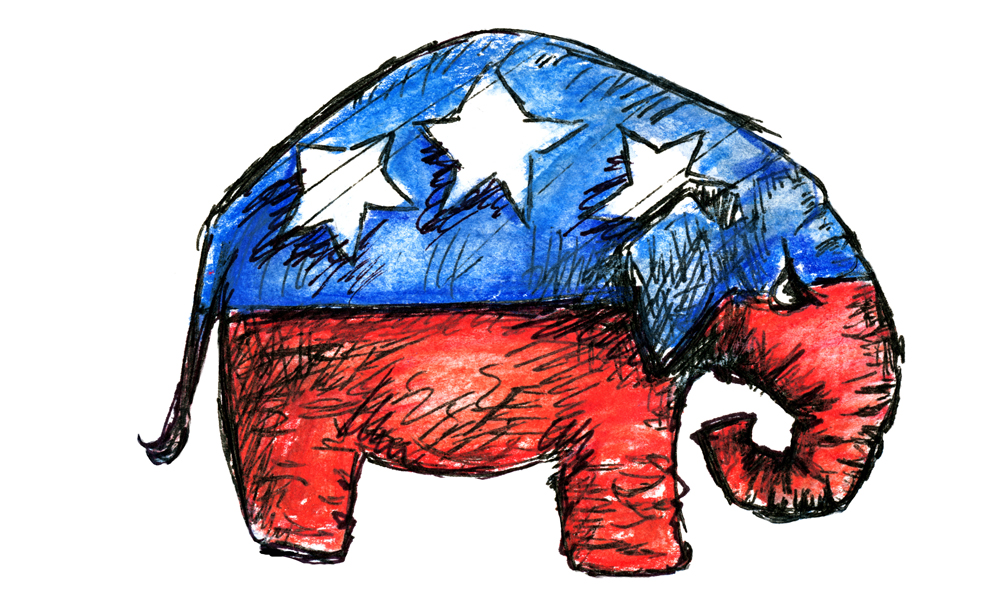 Hanging Out In The Conservative Closet

It’s a tale as old as time: a pro-family (a.k.a. anti-LGBTQ2) politician is caught with his pants down (or on Grindr) with another man. This isn’t the stuff of political dramas, or an episode of House of Cards. Rather, this is the new tradition for the American GOP and far right. Most recently, this is the story of Wes Goodman, a married Republican in the Ohio state legislature. He was known for his conservative family values and for voting down anything that smacked of equal rights or liberalism. Things were going pretty smoothly for Wes and his career. That is, until mid-November, when he abruptly resigned. Now, most politico-stars on the rise within the GOP don’t normally resign without apparent cause. But they do when they want to hide a secret. Unfortunately for Wes, it came to light that he was having sex with another man in his office at the state capitol. That’s correct: Wes was another case of a far-right man hiding parts of his sexuality that seemed to be in con ict with his politics. Yes, he was engaging in same-sex sex while engaging in anti-same-sex sex legislation.

You could say that 2017 was a banner year for anti-LGBT politics and the ‘outing’ of those same politicians as gay. Before Wes Goodman, there was Ralph Shortey, who was caught for similar ‘misconduct’ in March last year. The then Oklahoma state senator resigned after being hit with child prostitution charges for soliciting sex from a 17-year-old boy.

You could easily dismiss Goodman’s and Shortey’s stories as just two more notches in the GOP’s leather sling. After all, the far-right “pro-family” Republican Party movement seems to be populated with a long list of politicians, preachers and judges who lead the anti-LGBTQ charge while secretly having gay sex. It’s a classic boy-meets-boy story…where boy sells out other boy’s rights. But what is more interesting is how the media responds to it all—how they frame the story.

The LGBT community and ‘liberal’ media will always jump on these stories and run with them. And the long list of Republican gay sex scandals will be rehashed every time new allegations emerge. We get it. The fact is that ‘closeted’ right wingers now seem predictable rather than surprising. But every time we trot out the list of ‘secretly’ gay politicians, we also like to imply that those who are the most anti-LGBTQ (or homophobic) are always inherently closeted homosexuals. And that can be dangerous.

Science says…
Many of these ‘outing’ articles like to cite the recent slew of psychology studies suggesting that those who are the most homophobic are often also secretly gay. A pioneering study from 1996, by University of Georgia psychologists, had 64 young men watch gay and straight sex videos. They then measured arousal through changes in penis size as a way to gauge attraction levels. After several questions about attitudes towards homosexuality, they drew the conclusion that “homophobia is apparently associated with homosexual arousal that the homophobic individual is either unaware of or denies.”

Similarly, a 2012 study of 160 US and German college students published in the Journal of Personality and Social Psychology found that those who called themselves heterosexual, but admitted same-sex desires, were more likely to be hostile towards gay individuals than those who did not report such desires. The researchers isolated a “subgroup of participants”—more than “20 per cent of self-described highly straight individuals”—who “indicated some level of same-sex attraction,” and who were “significantly more likely than other participants to favor anti-gay policies; to be willing to assign significantly harsher punishments to perpetrators of petty crimes if they were presumed to be homosexual; and to express greater implicit hostility toward gay subjects.”

The study concluded that “our research suggests that some who oppose homosexuality do tacitly harbor same-sex attraction.”

Is our focus off-kilter?
The problem with relying on studies like these is three-fold. First, the science is far from conclusive. The key word in almost all these studies is “some.” There is no way to prove that in all cases homophobes are secretly gay.

Second, the very act of focusing on the quasi science of suggesting homophobes are in fact gay men in the closet may in fact be undermining “The Cause.” Overgeneralizing in terms of LGBTQ people is exactly what many of us have fought against for years. Further, the very act of focusing on the ‘outing’ of these men puts the focus on their bedroom activities and not on the legislation they use to cause serious harm to LGBTQ peoples. On Twitter, comedian Cameron Esposito, herself a lesbian, has called out the media for being seemingly more interested in the salacious ‘homophobe caught having gay sex’ story than in the mistreatment of LGBT people writ large. 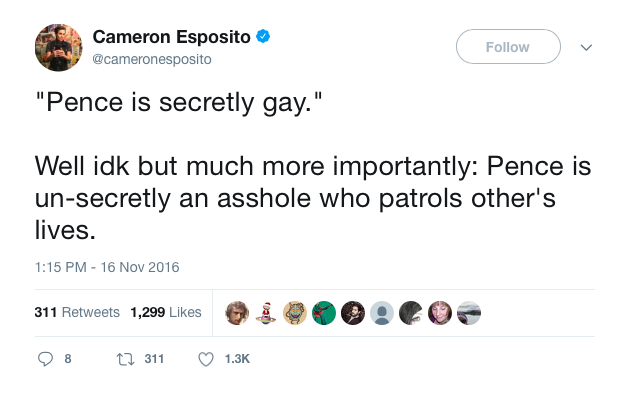 Thirdly, the very act of outing anyone should cause pause to those of us who have been outed in the past. When we simply call homophobic politicians ‘closet cases,’ we place the blame back on ourselves. We shift the responsibility for the marginalization of LGBTQ people from culture as a whole back onto the gay community. The very claim that self-hating gay men are holding the community back is the equivalent of telling any marginalized group that if they just believed in themselves more, there would be no discrimination. As queer writer Lindsay King-Miller wrote earlier this year, “Making fun of ‘closet cases’ only reinforces homophobia” because it “underscores the idea that being gay is shameful and should be hidden.” When we publicly mock powerful homophobes as closeted, we also send a message to all closeted LGBTQ people in our communities that they are a joke in our minds. They learn that we do not have compassion for those who aren’t ‘brave’ enough to be out in this day and age, that their ‘context’ does not matter. I know the rationale is that “it’s only shameful because he’s ashamed of it”—that we are in fact mocking the secrecy, not the queerness. But we all know that’s just splitting hairs. We’re still making fun of someone because we think he might be gay.

So next time we hear a breaking news story about a right-wing pro-family politician being caught up in a gay sex scandal, perhaps instead of turning it into a closet-case joke, we should help them embrace their ‘newfound’ sexuality. Welcome them with open arms and offer them LGBTQ support resources. Then follow up with, “Hey, that legislation you passed was fucked up. You need to fix that now. And, hey, those resources you just bene ted from lost all their funding because of your past actions.” In the end, if we continue to partake in this closet-case punch line cycle, we are only furthering the idea that being LGBTQ is shameful and to be hidden. Further, it allows straight people to make “ha, he’s a closet case gay!” jokes that only reinforce our heteronormative social structures, and yet they will still claim that they are our allies.

“Making fun of ‘closet cases’ only reinforces homophobia” because it “underscores the idea that being gay is shameful and should be hidden.” When we publicly mock powerful homophobes as closeted, we also send a message to all closeted LGBTQ people in our communities that they are a joke in our minds.
I take a different look at this. We are not MOCKING ‘closet cases’. We are accusing them of putting them in the position of being blackmailed to hurt women and LGBT! I believe that closeted gays make anti-gay legislation to prove they are not gay and if outed, could cut out the anti-gay legislation. I oppose closeted gays making anti-women legislation because they are being blackmailed. I believe that getting out of the closet would 1. make homosexuality more common place and therefore more accepted, 2. stop the need for anti-gay legislation due to fear of being accused of being gay, and 3. stop the ability of closeted gay politicians to be blackmailed into passing anti-women legislature. I think outing gays in politics is a win-win!
Like Lindsey Graham. Wouldn’t his life be easier if he just came out? Dr. Ford’s life would be better if he came out. LGBT lives would be better if he just came out. Coming out would get his blackmailers off his back. Win-Win.