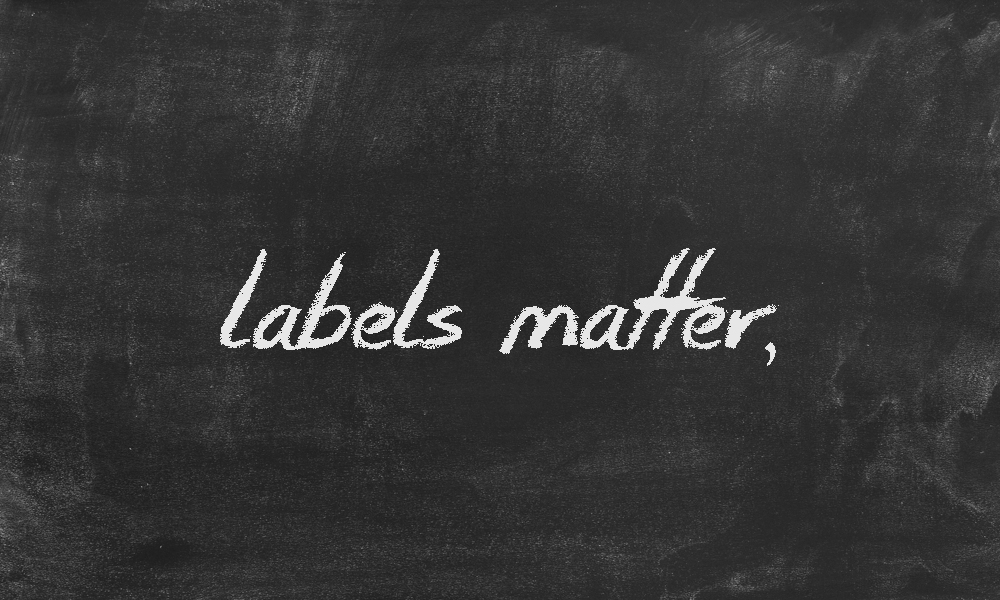 Labels matter. So make sure you’re using the right one…

The language we use to talk about things like gender identity and sexual orientation has been slowly evolving for years, in part because of the willingness of LGBTQ+ individuals to be open about who they are and how they identify. The idea that each person’s sexual orientation and gender identity lies somewhere on a spectrum rather than as an absolute gay or straight/male or female has been around for awhile, but younger generations are now accepting it as fact and embracing everything that comes along with that.

Keeping up with all the new terminology isn’t always easy, but the main thing is to first and foremost respect any label an individual chooses to give themselves. To make it a little easier, here are a few common LGBTQ+-related terms that you should definitely know.

Queer: Although it used to be considered a negative slur, ‘queer’ has been reinvented as an umbrella term to describe the many different ways people reject binary gender and sexual orientation categorizations. If someone identifies as ‘queer,’ it simply means they are open to embracing identities outside the mainstream.

Pansexual: A person who is attracted to all different types of people no matter what their biological sex, gender identity or sexual orientation happens to be.

Demisexual: Someone who doesn’t develop any kind of sexual attraction towards another person until they have built a strong emotional connection with them.

Asexual: Someone who experiences no sexual attraction to other people regardless of gender identity or sex. They might still want to find love and be in a relationship; sex just isn’t something they want or need.

Gender identity: A person’s concept of his or her own gender regardless of the sex they were assigned at birth.

Gender role: The expected social behaviours that a culture assigns to what it means to be male or female. For example, women are supposedly emotional while men are stoic. Someone who is gender non-conforming does not adhere to the traditional expectations of their gender.

Transsexual: A transgender person who chooses medical intervention such as sex reassignment surgery and/or hormone therapy to physically change the sex they were assigned at birth.

Gender expression: How we express our gender identities, and do and don’t conform to socially defined gender norms. This could include the way someone does their hair, how they talk, or the clothes they choose to wear. For example, a transgender woman might choose to grow her hair long and wear makeup to appear more feminine.

Binary: The concept that sex is divided into only two categories: you’re either male or you’re female. On the other hand, someone who is non-binary does not identify as exclusively male or female, but rather as somewhere in between. A genderqueer person embraces more fluid ideas of gender; they identify as both male and female, as neither male nor female, or as another combination of the two. Similarly, gender-fluid people don’t identify exclusively with a single gender and are open to their gender shifting over time.

Heteronormativity: A culture bias that considers heterosexuality (being straight) the norm. For example, if you meet someone new and automatically assume they’re straight unless they tell you otherwise, that’s heteronormativity.

Intersectionality: The understanding that everyone has a number of overlapping identities—including race, class, religion, ethnicity, sexual orientation and gender—that inform the way they see the world and experience oppression and discrimination.