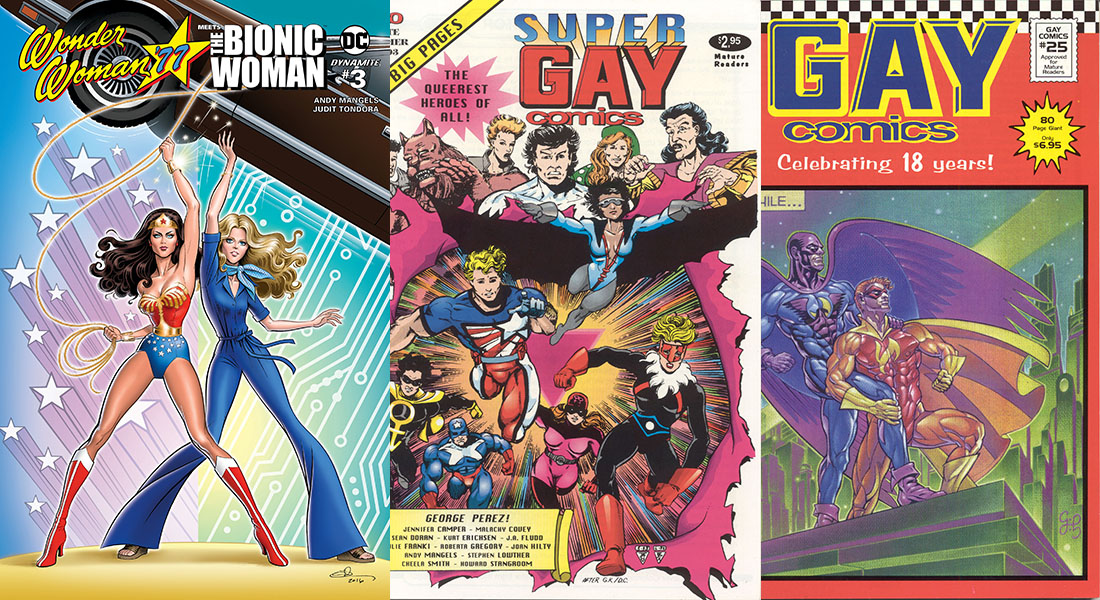 Comic book writer Andy Mangels brings Wonder Woman and The Bionic Woman together, and
talks about his groundbreaking career
By Terri-Lynne Waldron

It is no surprise that comic book writer Andy Mangels is indulging in the comic world as an adult. At an early age, he immersed himself in comics on his path to becoming a bestselling author, an award-winning comic book anthology editor, and a DVD producer and director—to name just a few.

“I started to read comics around the age of four or five,” says the openly gay Mangels. “One of the earliest comics that I got was a Teen Titans comic from the 1960s, and very soon thereafter I read Justice League and Wonder Woman. My favourite characters were always Wonder Woman, Aquaman and the Teen Titans.”

As a precocious child, a young Mangels made a bold move that may have cemented his future: he reached out to DC Comics in the hopes that they would let him help shape future storylines of some of their comics.

“It was actually kind of funny because I was from a very small town in Montana called Bigfork,” he says. “I got my mom’s permission and somehow tracked down the phone number for DC Comics—I believe I was nine or 10 at the time. I called them and offered to give them ideas for free or to create stories for them because I had such incredible stories in my nine- or 10-year-old brain, that were bursting to be told.” He laughs. “The receptionist who answered the phone call was very polite and she said, ‘If you want to work in comics, then you need to read.’”

Mangels is currently writing the six-part comic book series, Wonder Woman ’77 Meets The Bionic Woman, for Dynamite Entertainment and DC Comics. Issue #4 in the series is scheduled to be released on May 3. He grew up as a fan of both TV shows and their female leads, Lynda Carter and Lindsay Wagner.

“There’s probably no show that has affected my life more than the Wonder Woman and The Bionic Woman TV shows,” he says. “I was a young gay boy in Montana and I had a very good mother and a sister who was seven years older than me, and I was raised to think of women as smart, intelligent, loving and independent people. Lynda Carter played Wonder Woman with such believability. She never played it for kitsch; she always played it straight as if the character was absolutely so certain of her mission and of the importance of truth and love and the importance of not getting into conflict if you can avoid it. With The Bionic Woman, Lindsay Wagner played her so smart and with such a sense of humour and a very quirky attitude.”

Mangels served as editor of the award-winning Gay Comics for eight years. He was instrumental in bringing it into the mainstream, a feat that at the time had never been accomplished.

“When I wrote an article for Amazing Heroes [a magazine about the comic book medium], it was radical because no one had really discussed the topic of the characters and gay creators in the comic book world,” he says. “At that point, Gay Comics as an anthology was an underground comic. It was only sold in certain stores and it was classified as an adult book—whether it had sex or not, it didn’t matter. It didn’t receive very good distribution and nobody in the mainstream world had worked for it, but it was absolutely groundbreaking in what it accomplished. When I approached the publisher, I said, ‘Let me take this to the next step—let’s take this into the mainstream.’ So I moved it from a once a year or once every couple of years series that was sold in only a few minor stores, and I got it listed through all the major distributors and got it in all the stores. The other thing that I did was establish a rule that 50 per cent of the material would be by men and 50 per cent would be by women.”

Go to www.andymangels.com for more. 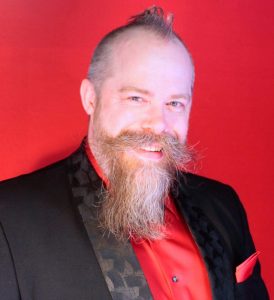 TERRI-LYNNE WALDRON is a Montreal-born, Toronto-based writer. As a freelancer, her work has appeared in publications such as the Toronto Star, Metro, Windy City Times and Urban Latino.