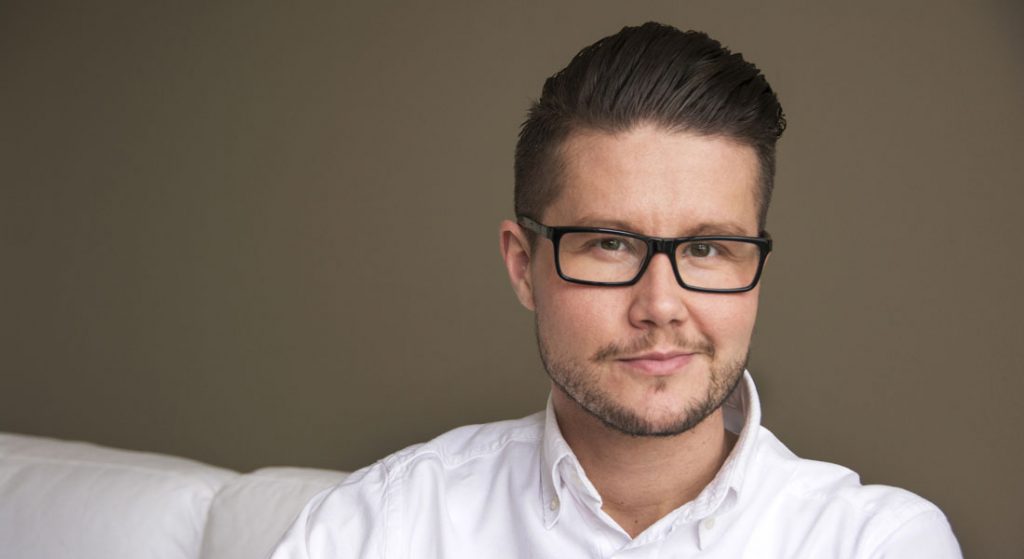 Ten years into his research into lesbian, gay, bisexual, trans, queer and two-spirited homelessness, Alex Abramovich still gets messages from frightened young people looking for help. They’re usually from small towns or rural areas, and perhaps have spent all their money to stay at a cheap motel in Toronto. Abramovich is easy to find online and, though he keeps professional boundaries, he’s often able to suggest some ways forward.

It’s all in a day’s work for Abramovich, an independent research scientist at the Centre for Addiction and Mental Health. His personal interest in youth homelessness was triggered by events from his own past when he came out as trans. Now married and parent of a six-month-old baby, he’s become that rare adult who listens to young people and cares about what they want and need.

Family conflict is the leading cause of youth homelessness, and so it’s no surprise that coming out as (or being labelled) queer or trans still holds powder-keg potential in too many Canadian households. It was more than 20 years ago that Toronto’s first report into lesbian, gay and bisexual youth homelessness told us it was a problem (so long ago that trans youth weren’t even included in the study), but it’s only been in the last few years that Canadian decision makers have started to take the issue seriously.

What’s been most surprising to Abramovich is how much convincing it took to get City Hall and other players to accept that special efforts must be made to keep LGBTQ2S youth safe on the streets and in the homeless shelter system. Data—like the statistic that an estimated one in five homeless youth are queer or trans—had been mostly ineffective. Then, a couple of years ago, City staff in charge of shelter operations agreed to watch a six-minute video Abramovich had co-produced with a street-involved young person, a project that made its point with the help of images and personal narrative. “I had never received a response like that before. They actually wanted to talk about fixing the problem. I thought, ‘Why didn’t I do this years ago?’” laughs the man who last month won the City of Toronto Access, Equity and Human Rights 2016 Pride Award and, last spring, the Inspire LGBTQ Person of the Year Award.

Since that screening, the City of Toronto has rewritten its standards for city-funded homeless shelters—many of them run by not-for-profit organizations, some of them religious-based—to recognize the special needs of LGBTQ2S young people. For example, “shelter providers will ask all clients about their gender identity rather than assume,” says Abramovich. While staff training on the standards will take some time to produce measurable results, it’s possible that the standards could also provide a basis for shelters countrywide. “Part of the work has been to shift the culture of the shelter program,” says Abramovich. Infrastructure also matters, so it was a big deal when the YMCA Sprott House relaunched one year ago as a 25-bed transitional housing for homeless LGBTQ2S youth. Though the program’s first year in operation is still being evaluated, the fact that Sprott House has been at capacity since its opening demonstrates the need for this type of housing. In addition to providing a refuge, Sprott House also seems suited to giving young people a safe place to explore their identities and provide each other with peer support.

Nationwide strategies needed
Canada is still without dedicated emergency shelter beds for LGBTQ2S youth, and Sprott House’s independence-oriented program, which provides accommodation for up to one year, may not be right for those with more intensive needs. Égale Centre, expected to launch in the next few months after a $10-million fundraising campaign, will provide five dedicated emergency shelter beds, as well as 25 transitional beds in downtown Toronto. Do the math. The number of dedicated LGBTQ2S beds in Toronto went from zero to 25 in the past year, and will more than double this year. That’s astonishing to me, even though Abramovich worries about a lack of high-level provincial and national strategies. When I push him, he concedes that, even there, some headway is being made. He’s worked with the Government of Alberta on its 10-year Youth Plan to “prevent and reduce youth homelessness,” which, from the get-go, has been clear it will provide targeted responses for specific groups, including those with mental health/addiction problems, Aboriginal youth and LGBTQ youth. What took the City of Toronto decades to accept is acknowledged up front in the new Alberta: “These subpopulations are disproportionately represented among homeless and street-involved youth,” says Abramovich.

Of course, any strategy that focuses solely on emergency and transitional beds is missing the other half of the equation: is there a way to prevent LGBTQ2S youth from becoming homeless in the first place? Certainly, evolving social attitudes make a big difference; the more open families are to having a queer or trans person in their midst, the less likely it is that a young person will run away or be thrown out. Adults have many roles to play in solving the problem. “For many years, the way in which I was able to relate to the young people with whom I work was really based on my queer and trans identity and my own coming out experience,” Abramovich tells me. “But now, as a parent, I feel that I have an even greater capacity to relate and to investigate strategies that can support parents and families accepting their LGBTQ2S children.”

For example, the Toronto not-for-profit Eva’s Initiatives has an innovative Family Connect program that provides family and individual counselling to at-risk and homeless youth and their families, though such an approach may not be so effective when retrograde attitudes are deeply entrenched. Similarly, PFLAG’s excellent programs require at least a little bit of willingness on the parents’ part. There might be opportunities to use the school system to address family conflict. Another approach would be to define family support more broadly—grandparents, aunts, cousins—to allow a young people to remain with kin even if they are genuinely afraid of their parents. Calgary has adopted a host-home program that aims not necessarily at building an alternative family, but creating a safe space that’s community-oriented rather than institution-based; friendly rather than social-wordy.

Getting civic leaders to take the issue of homelessness among LGBTQ2S youth seriously is one thing; paying for all this work is another. Community support will be required to make life better for LGBTQ2S young people: support even from those who aren’t on the front lines, even from those who have never found themselves on the margins

PAUL GALLANT is a Toronto-based writer and editor who writes about travel, innovation, city building, social issues (particularly LGBT issues) and business for a variety of national and international publications. He’s done time as lead editor at the loop magazine in Vancouver as well as Xtra and fab in Toronto, and is currently development editor at Yongestreetmedia.ca.