Skip to Content
Home / Life / How Do We Move Forward After The Orlando Nightclub Shooting? 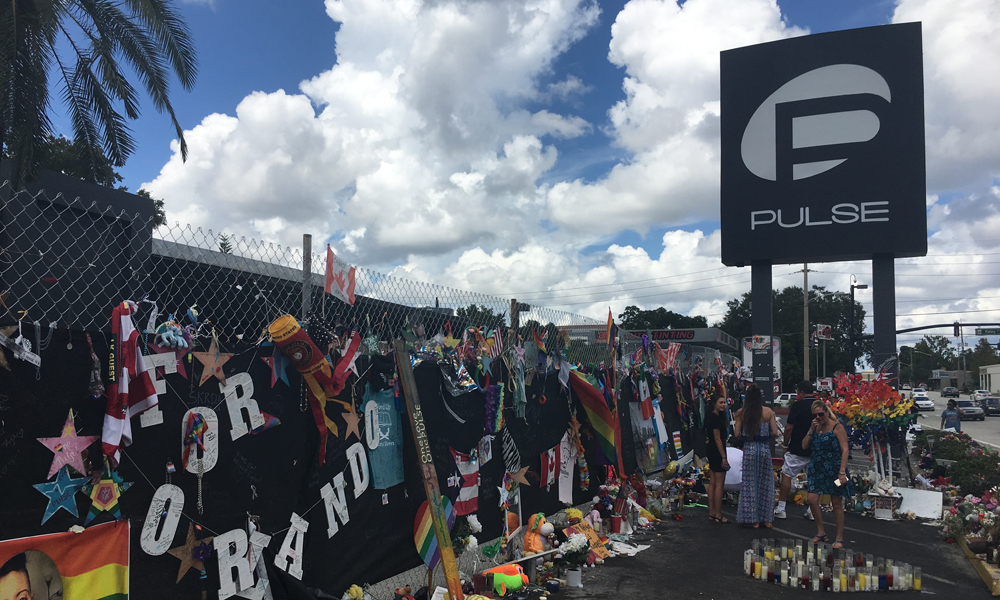 How Do We Move Forward After The Orlando Nightclub Shooting?

Story and photo by Christopher Turner

It’s been months since the LGBTQ+ community and the world woke to reports that a lone gunman had killed 49 people and injured another 53 during a horrific shooting at Pulse Nightclub in Orlando, Florida. But, still…everything about the morning of Sunday, June 12, remains painful. It’s a moment in time that is violently carved into the hearts of the LGBTQ+ community around the world.

In the days that passed after the attack, we learned more about what happened in those early hours. The shooting occurred just before 2 a.m., towards the end of one of the club’s popular Latin nights, with bachata, merengue and salsa music pumping from the speakers. The shooter, 29-year-old Omar S. Mateen, was born in Queens, New York, and lived in Fort Pierce, about a two-hour drive from the site of the massacre. Several regulars said Mateen frequented Pulse, and others claimed he had profiles on various gay dating apps. Headlines detailed his unfettered access to assault weapons, and we learned that he fired more than 200 bullets that night. His wife, Noor Zahi Salman, revealed that they exchanged text messages during the rampage, before he was killed in a shootout with SWAT officers three hours after he entered the club. The haunting details are endless, but what we will always remember is that this was the deadliest mass shooting in modern American history.

Was Mateen gay? The gunman’s ex-wife, Sitora Yusufiy, has said she was not sure about his sexuality, but it doesn’t matter. What was his motive? National security officials south of the border have said they haven’t determined whether Mateen was inspired by foreign terrorist organizations. Nor have they learned how other motivations, such as homophobia or Mateen’s own possible struggles with his own sexuality, might have factored into the attack. The motive remains unknown. Again, none of this matters. What matters now is trying to move forward as a community with the knowledge that nowhere is really safe, especially for the most marginalized members of the LGBTQ+ community.

I say nowhere is safe because this focused attack didn’t erupt in a busy mall food court or a public school, as have some of the most notorious mass shootings in the US in recent decades. It happened in a gay nightclub, and gay bars and nightclubs have traditionally served as safe spaces for members of our community. For decades, gay bars have functioned not merely as watering holes but as gathering places and de facto community centres for those seeking acceptance. The Orlando Nightclub shooting didn’t just tragically end the lives of 49 LGBT brothers, sisters and allies; it destroyed the perception that gay bars are our ultimate safe space. As President Obama noted in his solemn remarks following the Orlando massacre: “The shooter targeted a nightclub where people came together to be with friends, to dance and to sing and to live.” It “is more than a nightclub. It is a place of solidarity and empowerment.” Yes, Pulse was that and so much more.

Pulse was a safe space for the LGBTQ+ community in Orlando; it was a space designed to welcome those still trying to come to terms with their sexuality and find like-minded individuals, and a space that welcomed friends for a night of fun. It was one of Orlando’s five gay bars, a hub for Latin music, drag performances and dancing. Barbara Poma, the co-owner of Pulse, opened the nightclub in 2004 with business partner Ron Legler to honour her brother, who had died of AIDS; to support the lesbian, gay, bisexual and transgender community; and to create a special place safe from violence.

For the LGBTQ+ community, the fear of violence is strong and palpable in our day-to-day lives and has long been part of our consciousness. Our history is plagued with violent reminders of unacceptance and hate like Pulse. Today, fear is not simply limited to those who lived through the Stonewall riots in New York in 1969, or the assassination of gay civil rights leader Harvey Milk in San Francisco in 1978, or Torono’s bathhouse raids in 1981. For many members of the LGBTQ+ community, the fear of violence remains today.

Gay bars like Pulse have been subject to occasional acts of violence. In 2013, someone poured gasoline in a stairway during a New Year’s Eve celebration at a decades-old gay nightclub in Seattle and set it on fire. There were about 750 people in the nightclub at the time, but the fire was extinguished with no injuries. In 2000, a man opened fire in a gay bar in Roanoke, Virginia, killing one and injuring six others; three years earlier, a nail-laden explosive device wounded five people at the Otherside Lounge, a nightclub in Atlanta. In 1973, New Orleans’ second-storey gay bar UpStairs Lounge was burned down, killing 32 people.

It’s true that the number of spaces in which gay people can feel safe has expanded through the years, but despite progress, many people remain too unaccepting of LGBTQ+ people. Today many of our brothers and sisters—especially the most marginalized communities, including black, trans and Indigenous people—continue to experience random acts of violence and micro aggressions on the street or in school hallways or in their workplace, which is why gay nightclubs and centres have continued to play such an important role in the evolution of gay culture.

These dark, booming safe spaces have also played another important role. They are where so many young members of the community have learned how to love ourselves and one another. Dancing under the strobe lights to our favourite songs helped unlock our fears and teach us to let go of our lingering self-loathing. Even as we travel the globe, our connection to gay bars remains. When travelling to a new city, gay travellers typically seek out local gay bars to help them feel welcomed.

But now the idea of the gay bar as a safe space has been shattered. The gay bar has gone from the safest of environments to a place where gay people may feel vulnerable. The Orlando massacre underscores the hatred still directed at gays, lesbians and transgender people.

During a recent visit to Orlando, I couldn’t help but notice the mood of the community and note the struggle, grief, love and pain that seemed to permeate throughout the city. ‘Orlando Strong’ signs were everywhere, showing support for the LGBT and Latino communities. Orlando may never be the same, but the massacre has pulled together a community across the Florida city and across the globe.

But as brothers and sisters link arms in solidarity across the globe to show resilience, we must ask ourselves: What exactly is our agenda? Yes, we are showing support for the 49 LGBT brothers, sisters and allies who lost their lives, but we need to collectively recognize the need to reclaim our safe spaces. We need to aggressively campaign and create more spaces for all members of our community and bring back that feeling of safety for those who are afraid. Because, after all, don’t we all deserve to live freely and love freely and not be afraid?