Moving Beyond The Business Case For Queer And Trans Inclusion 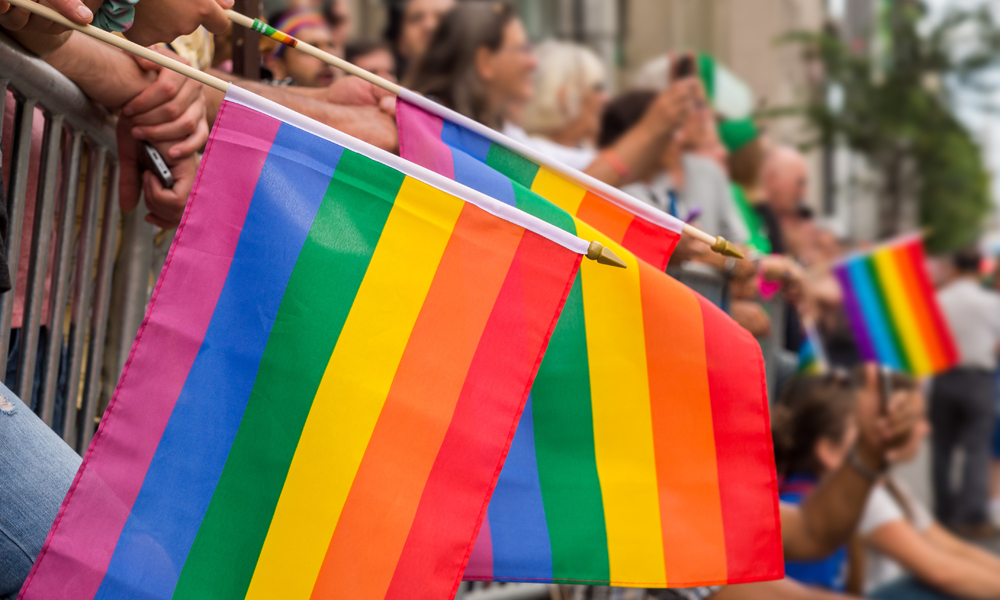 Why the work of inclusion is so important…

Diverse teams are more creative. Workplaces with a broad variety of perspectives get better results. When people are able to bring their authentic selves to work, they perform at higher levels and are more productive. These are all star lines from the script for selling diversity and inclusion in the workplace. They are some of the points that make up the ‘business case’ for increased support for LGBTQ2+ people in the area of employment. In my role at Pride at Work Canada, I lean – a lot – on these and similar statements to get buy-in from employers. I have seen the evidence to back up these assertions, and I’m very comfortable putting the business case forward, but I have to admit that increasing productivity is not exactly what inspires me to do my job.

As a queer person, I have first-hand knowledge of what it’s like to be discriminated against because of my sexual orientation. Years of working directly with LGBTQ2+ communities has afforded me knowledge of the countless barriers to employment that are currently in place for queer and trans people, impediments that keep many of us out of the workplace and in poverty. Over a quarter of Canada’s homeless population is LGBTQ2+. Throughout my career I have come into regular contact with people who are not out as LGBTQ2+ at work because they are deeply afraid it will impact their prospects for advancement or, in some cases, their physical safety. I want to see more people from queer and trans communities have access to good jobs and I want everyone in Canada to feel safe going to work. That’s really why I do the work I do. The truth is that I would do it even if there wasn’t a business case to support my efforts.

That’s why I was excited to hear from Sarah Kaplan, the director of The Institute for Gender and the Economy at the Rotman School of Management, at a recent symposium on women in the workplace presented by the Government of Canada at the University of Toronto in May. In her keynote, Kaplan spoke about rebooting the gender equality conversation, and questioned whether we have perhaps leaned on the business case too much in our work to promote workplace inclusion. Kaplan, with Canadian Women’s Chamber of Commerce CEO Nancy Wilson, spoke specifically about women in the workplace in The Globe and Mail in March. Of the business case for gender equality, Kaplan and Wilson wrote that it “is designed precisely to remove emotion from decision-making, but the latest research points out that the emotional sense of outrage about inequality is what can drive disruptive action.” Their point was not that the business case is irrelevant or wrong. To the contrary: there is evidence that diversity of all kinds is good for business. However, relying on the business case alone has not resulted in a ton of progress. The fact is that many of us have been hammering the business case for inclusion for years, but right now almost as many Fortune 500 companies have a CEO named John as are led by women. More than half of LGBTQ2+ people in Canada are not out at work. The average income for people of colour in places like Toronto has been going down while incomes for non-racialized people have risen. Maybe it’s time to look beyond overly pragmatic proposals and get to the heart of the matter.

An increasing number of researchers have taken a scientific lens to the question of whether the business case is less or more persuasive on social issues in a corporate environment. According to research findings published in the Harvard Business Review by David M. Mayer, Madeline Ong, Scott Sonenshein and Susan J. Ashford, “economic language was never significantly related to effectiveness” when making decisions about how to address social issues like sustainability or diversity and inclusion. Based on their many studies, they conclude that changing the narrative to include moral language “may be a more useful influence strategy for persuading managers to create social change.”

Also in the Harvard Business Review, Alison Taylor of BSR (a global non-profit that promotes sustainability), said, “Frankly, I’ve never attended a meeting at which a doubtful executive was won over solely by a business case for integrity, no matter how persuasively it was delivered.” She argues that based on her experience driving social change in the private sector, a focus on purpose needs to accompany any business case. “If we try to make a case for integrity solely using these short-term operational planning tools, we miss a bigger opportunity,” she writes.

This ability to see, and speak to, a broader idea of what is possible through social change is particularly relevant when supporting LGBTQ2+ communities. The history of the global movement for queer and trans rights is full of examples where doing the morally right thing provided good business results. The UK organization Stonewall was founded in 1989 with a specific mission to fight for the rights of bisexual, gay and lesbian people. When Ruth Hunt, the organization’s then CEO, announced in 2015 that Stonewall would also start advocacy and education work on trans issues, she faced backlash. A vocal group of bisexual, gay, lesbian and straight protesters said they would cease donating to Stonewall if the new direction was adopted. Looking back on the decision upon her exit from Stonewall this year, Hunt explained to The Guardian that the organization had a moral responsibility: “Our lack of trans inclusion was baffling – why would we work with 800 employers and tell them everything about how to monitor sexual orientation and not tell them about trans? It was preposterous.”

Given the threats to the organization’s bottom line through an anticipated decrease in donations, one could say she didn’t have a leg (or a business case) to stand on. However, the change contributed to huge growth for Stonewall, in part due to public interest in content about gender identity and gender expression. Donations went up. Stonewall almost doubled its revenue and staff team in less than five years. “We’ve lost a few donors but we’ve gained a huge number,” explains Hunt, adding that Stonewall has created “relationships with people who wouldn’t be working with us now if we weren’t trans inclusive.”

The business case for allowing gender and sexual minorities to participate equally in the workforce is clear: provide the best candidates with access to jobs – regardless of their gender expression, gender identity or sexual orientation – and your business will do better. Provide an environment in which people can focus on their job without feeling the need to hide part of who they are, and performance will increase. Researchers, advocates like Hunt and academics like Kaplan are not recommending that this case be forgotten. They are simply pointing out that there is a big problem with it being the sole focus of those looking to advocate for change.

Stereotypes and myths about LGBTQ2+ people persist and pervade workplaces. The issue with focusing only on business cases for inclusion is that they tend to ignore the simple truth that biphobia, homophobia and transphobia (and, for that matter, ableism, racism, sexism and other forms of discrimination) are not typically advocated for or introduced through any kind of formal business process. They are inherent parts of workplace culture and, whether we like it or not, acknowledge it or not, they impact everyday decisions like hiring and promotion.

In Kaplan’s symposium keynote, she referenced her article in Rotman Management Magazine titled “Because it’s 2017: Gender Equality as an Innovation Challenge,” which reminds everyone of what systems are currently at play. She writes in the article: “We are all jointly producing and perpetuating a system that is biased and so, we are going to have to collaborate in order to solve the problem,” and she encourages companies to look at inclusion as an opportunity for innovation. She explains, “The demand for a business case perpetuates the existing ways of doing business, because we are being asked to make a case within the existing system – instead of thinking about how to change that system.”

After Kaplan spoke at the Government of Canada’s symposium, remarks were delivered by Patty Hajdu, the minister of employment, workforce development and labour. She reflected on her years before entering politics, when she was running a shelter that provides basic needs, dignity and comfort to those living in poverty in her hometown of Thunder Bay, Ont. She recounted that some of her matter-of-fact appeals for funding or government support went unanswered. Speaking to the crowd of business leaders attending the event, she openly wished that perhaps she had more powerfully emphasized the moral imperative that drove her work forward, and vowed to think differently moving forward.

The minister finished by thanking Kaplan for reminding her to look beyond dollars and cents to why the work of inclusion was so personally important to her. Silently, I did as well.