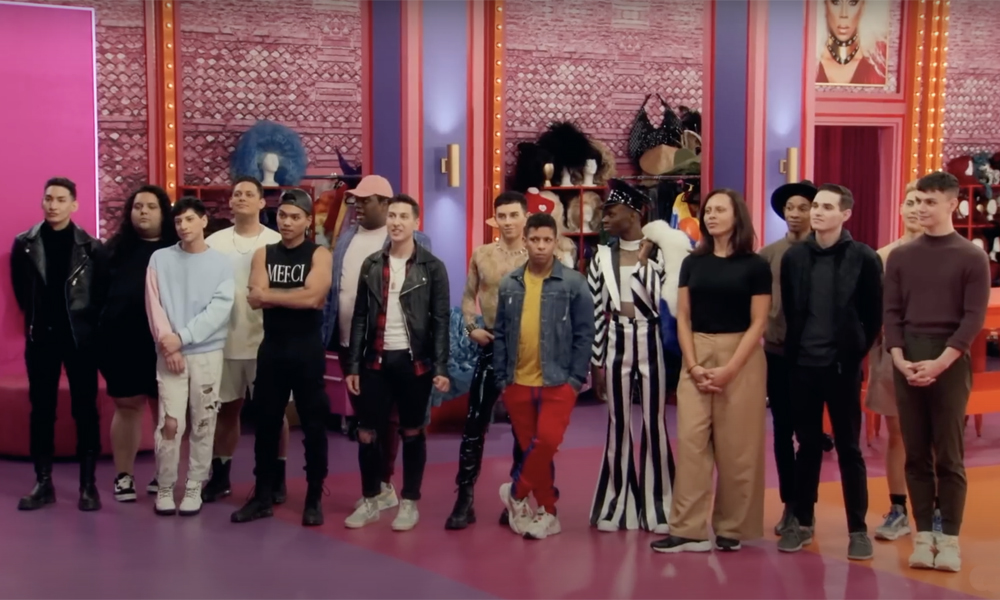 The remaining queens team up to sell us on what their version of the afterlife looks like in an infomercial. Country diva Maren Morris is a guest judge…

Last week we welcomed 16 fresh faces into the werk room and watched as they all dazzled in their first maxi challenge of the season…the variety show! While some queens impressed with their performances, others missed the mark completely and Irene Dubois became the first queen to be eliminated this season after her live tutorial on how to make a glass of ice water didn’t land the way she had hoped. This week the queens will introduce us to their version of heaven in their first acting challenge, and a country superstar joins the judging panel. Let’s get into it!

This week’s episode begins in the werk room following Irene’s elimination. The queens read Irene’s cheeky goodbye. Over on the couches Robin spills that she and Amethyst used to date. In confessionals Amethyst admits it was her who didn’t want to continue the relationship. Loosey is feeling embarrassed about her critiques from her flat talent show performance and vows to do better this week. It’s a new day and all of the queens follow Anetra into the werk room. Ru enters and tells the queens that for  this week’s maxi challenge they will work in three teams to sell us on their version of the divine afterlife via a good old fashioned infomercial. Since Anetra was last week’s maxi challenge winner, she will get to choose the first team. Since Amethyst won the lip sync, she will also get to choose her team and the leftover queens will form the last team.

Over in their separate corners the groups all brainstorm ideas together. Some queens gel really well together to come up with good concepts for their ads, others are feeling overlooked in their groups. Team leftovers is first to film. Their filming session doesn’t go well, they don’t have a lot prepared and it’s giving disorganized mess. Team Anetra is next to film. Sasha chokes a little with her role as God which has her second guessing her place in the group and the competition. Team Amethyst is last and they’re all worried because Michelle is being really tough with her direction. From the limited scenes we could see, it’s still any groups game.

It’s elimination day and the queens chat about their first go at teamwork while they get ready for the runway. Sugar had some issues with her group not listening to her ideas and literally banishing her to the corner. Over at the makeup tables the queens talk about their experiences with religion. Malaysia and Mistress get emotional talking about growing up in certain religions and how it strained and strengthened their relationships. Out on the main stage Ru introduces us to this week’s panel of judges. Michelle, Ts Madison, and this week’s extra special guest, country superstar Maren Morris. On the runway the category is “Metallica”. One by one the queens march down the runway in their shiniest gilded and sterling lewks. Team Anetra’s infomercial is up first and it gets a lot of laughs from Ru and the other judges. Team Amethyst is up next and it doesn’t get any laughs until Loosey’s Dolly Parton impersonation at the very end. FInally, team leftovers is up last and it was just as messy as it looked during filming. There’s no real direction, concept, or humour.

Ru calls Anetra, Salina, MarciaX3, Spice, Aura, Robin, Mistress, Sugar, and Malaysia forward and tells them they are all safe for the week. Critiques begin with Sasha. Michelle calls her a joy to direct and Ru loved her performance in the infomercial. Luxx is up next and Maren says her outfit is her fav of the night and Michelle calls her performance in the infomercial fantastic. The judges didn’t think Amethyst was as funny as she could be, and give her some nose contouring tips. Poppy’s outfit and performance just straight-up wasn’t giving enough. The judges loved Loosey’s Dolly impersonation and tell her it saved her group’s commercial, and Maren loves her runway. Finally, Michelle tells Jax she was distracted by her look in the infomercial due to her lack of cinching and padding. Ru asks what her input was in the commercial and Jax throws her entire team under the bus. Ru decides Loosey, and Luxx are safe. Sasha Colby is named the winner of this week’s maxi challenge. Jax is the last queen safe, meaning Amethyst and Princess Poppy are both up for elimination and it’s Amethyst’s second time landing in the bottom. The two bottom queens give it their all to Ain’t No Mountain High Enough by Diana Ross. Both Amethyst and Poppy leave everything on the main stage because Ru is a huge fan of Diana Ross, so they can’t afford to mess it up. Following the lip sync, Ru announces that Amethyst will live to slay another day and Princess Poppy becomes the second queen to sashay away this season.

Next week on Drag Race: Get ready for a sickening round of… Snatch Game!