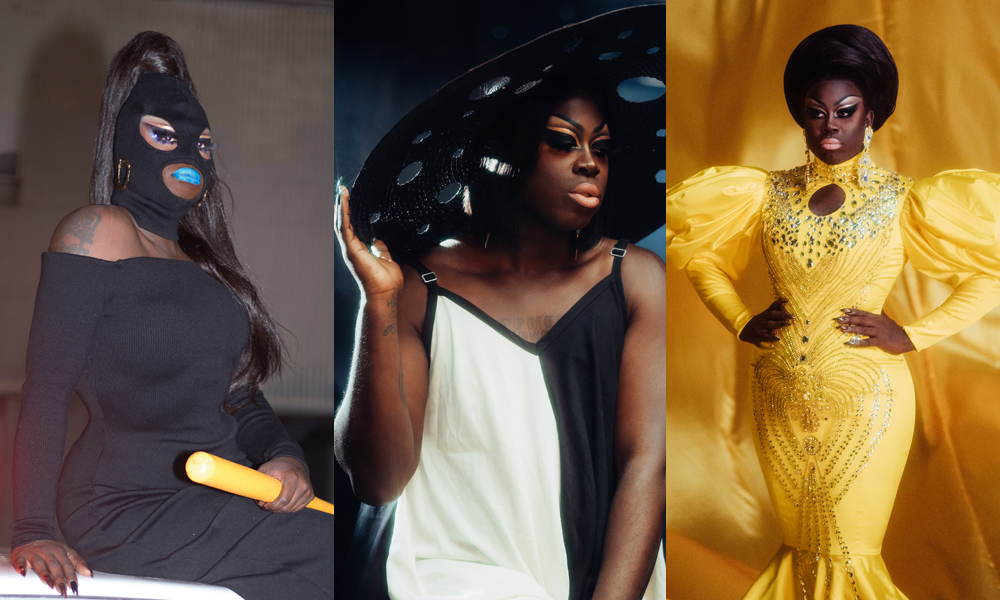 “It feels like a celebration of being Black and queer, and not worrying about how we’re perceived by other people…”

Bob The Drag Queen is feeling emotional about the just-released video for their new track “BLACK,” the second single from their upcoming EP. “I cried the first time I watched this video, I went through a journey and I spent a lot to make it happen,” says Bob. “Not just cost wise, but also energy and also I was so excited to have a majority black crew. So I’m so so proud of this video.”

“BLACK” is unlike anything that Bob has worked on before and was written by Bob, along with Brooklyn based singer/songwriter Basit Shittu, who Bob met through social media and Atlanta-based queer musician/rapper Ocean Kelly, who Bob has previously collaborated with. The song was co-produced by Mitch Ferrino and Ocean Kelly.

“Myself and Mitch were working on ‘BLACK’ together and it’s a song that’s about being Black. Then I thought that I definitely needed a Black ear on the song, so I reached out to Ocean and they took it over from there and finished the song,” says Bob.

The gorgeous visual was directed by Marvin Brown, who has also worked alongside Bob on HBO’s Emmy-Nominated series We‘re Here.

“It feels like a celebration of being Black and queer, and not worrying about how we’re perceived by other people,” says Bob.

You can watch the just-released video for Bob The Drag Queen’s new single “BLACK” below: