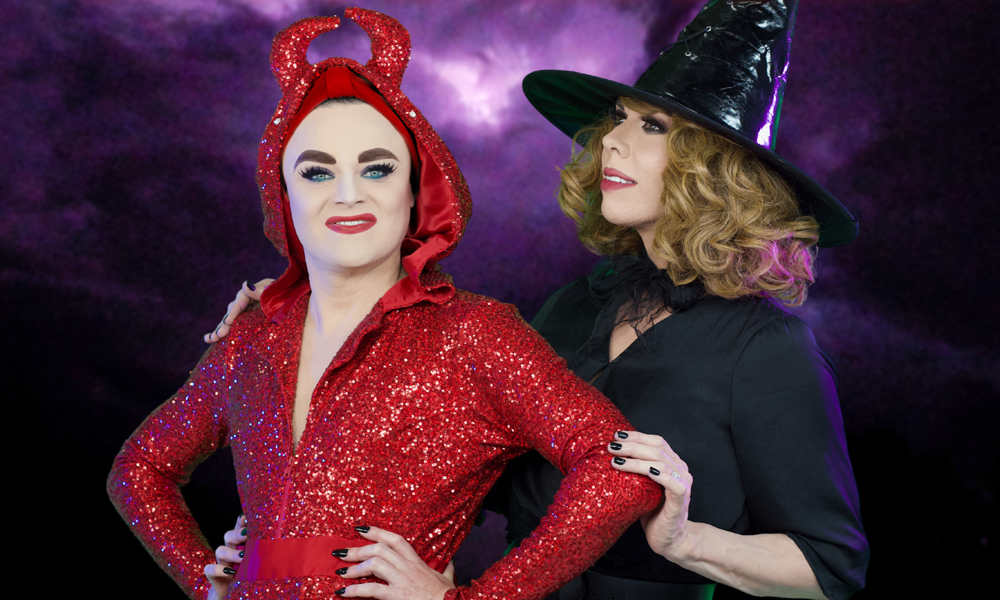 In need of a Tammie Brown fix? You’re in luck because the brand-new Tammie Brown’s Halloween Spooktacular premieres on OUTtv this Friday, October 21!  The hilarious variety show stars Tammie Brown and Kelly Mantle, along with ghouls and goblins and guest star appearances by Sonique Love, April Carrión, Fena Barbitall, Todd Glass, and the Sugarbaker Twins.

“I love the variety show format,” says Tammie Brown, the drag persona created by Keith Glen Schubert, who is best known for her stand-out appearances on RuPaul’s Drag Race and RuPaul’s Drag Race All-Stars. Fans of Tammie’s music since she left the franchise will be happy to know that the upcoming Halloween special will also feature two new Tammie Brown songs, “Soothsayer” and “Pumpkin Blaster.”

Tammie Brown’s Halloween Spooktacular also sees the return of Kelly Mantle and her zany alter-ego, Sheila. “People love Sheila because she has no filter, no censor and no shame,” Mantle explains. “She says what we’re all thinking. She’s bold and blunt, but it goes down smooth like a Pumpkin latte mixed with Southern Comfort.”

Tammie Brown’s Halloween Spooktacular will be available to stream OUTtv.com and on AppleTV+ via the OUTtv Channel on October 21.