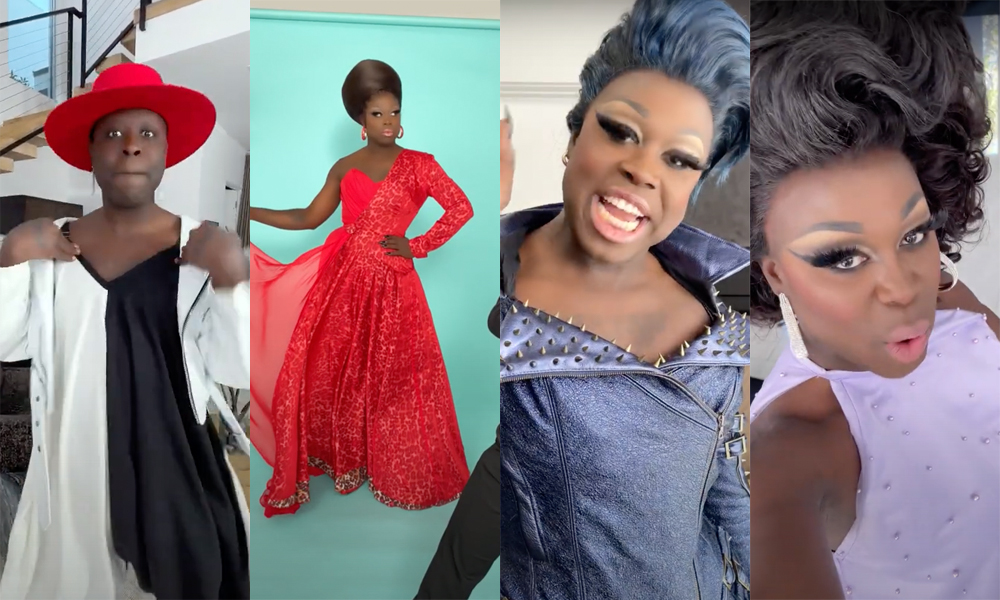 Drag royalty Bob The Drag Queen has released the video for their new track “Bitch Like Me,” Bob’s first single since 2017 and the first single from their upcoming EP. The video for the fresh, fun new single was shot on iPhone and pays homage to uber-popular TikTok transitions.

Directed by Assaad Yacoub (a long-time collaborator of a ton of your favourite queens), and co-produced by Atlanta-based queer musician and rapper Ocean Kelly, “Bitch Like Me” is unlike anything that Bob has worked on before.

“This single goes a lot harder than other things I’ve done before,” says Bob. “I think when I was on Drag Race, I was trying to be mindful of the audience and image that comes with the show. But I think that over time I’ve finally curated an audience and fans that really like and appreciate me for me, which makes me feel more comfortable.”

Inspired by TiKTok’s trending transitions, “Bitch Like Me” just might be one of the first vertical music videos. (BTW, if you’re not following Bob on TikTok do it immediately, to experience Bob’s non-stop hijacking of other queen’s transitions)

“I really genuinely just love TikTok, and even if I had no followers, I’d still probably spend a lot of time on there scrolling and double tapping,” says Bob. “I remember googling if there was a ‘vertical music video’ or a ‘TikTok music video’ and I hadn’t seen one yet, so I just thought ‘where you see a void, you fill it’.”

As for the video itself, Bob shares that “the house we rented out to film this music video was the home of this gay, rich guy, and there was one room in this house with no furniture in it and we were all so curious as to what it was. And I thought it was the sex room, which if so, I live!”

You can watch the just-released video for Bob The Drag Queen’s boppy new single “Bitch Like Me” below: