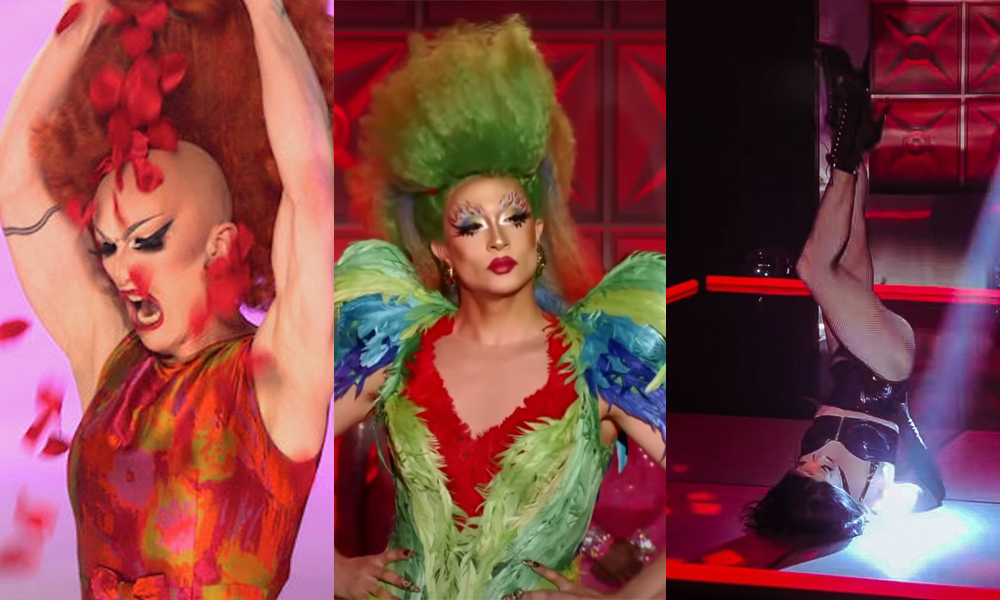 Over 14 regular seasons, 7 All Stars, and a handful of international spin-offs, Drag Race has created countless climatic TV moments with the show’s Lip Sync For Your Life or Lip Sync For Your Legacy segments. There have been beloved gay anthems, new party-ready favorites, remixes on classics, and even some left-field picks. Executive producer Tom Campbell recently spoke to The WOW Report and dished some tea on how songs are selected for the show and after crediting the music supervision team behind the series for all the work they do, Campbell noted that RuPaul himself is unsurprisingly extremely involved in the process.

Each season, the music supervision and production teams—which Campbell says is a super-group of “queer people who are obsessed with pop music and pop culture”—debate and assemble a list of songs they’d like to feature on the show.

From there, the list is sent to RuPaul, who, of course has ultimate veto power over what tracks do and don’t get used on the show.

“He will reject songs because they’re the wrong tempo, they don’t build, there’s all of these factors he’s thinking about,’ Campbell reveals. It seems the show has unending trust that Ru will pick numbers that are best for the show—and rightfully so.

“He is truly a PhD in pop culture, especially when it comes to music,” says Campbell. “Back in the iPod days, when RuPaul gave you an iPod that he had loaded with music, it was a gift from god.”

Campbell also recalled how hard it was for Drag Race to obtain the licensing rights to certain songs when the show first premiered on LogoTV.

“We were this little show that nobody knew. We were trying to get clearances, and it was really tough,” he explained.

However, as the franchise’s popularity has exploded—especially after the regular seasons made the move from Logo to VH1—that’s only made the team’s job easier. On one hand, yes, the budget is much, much bigger. But there’s also the fact that artists and labels now actively pursue the show to have their songs featured.

“The number of artists and labels that approach us has grown to a weekly cadence. The pitches include A-list artists just as frequently as emerging acts. We’ve been told so many times that it would be an artist’s dream to have their music performed on the show,” says Paramount Global’s SVP of creative music strategy, Rochelle Holguin Cappello.

Songs lip-synced on Drag Race also get a massive boost in streaming – which is extremely beneficial to the musicians.

According to data from chart analyzers at Luminate, many of the tracks and artists featured in the show’s lip syncs experience massive streaming bumps after they air. According to the report, Whitney Houston’s “So Emotional” increased its streams by 510% following the iconic lip sync between Sasha Velour and Shea Couleé in the season nine finale. Another jaw-dropping example of Drag Race‘s power came early in season 13, when Denali and her Chicago sister Kahmora Hall lip-synced to Crystal Waters’ “100% Pure Love.” (After the episode aired, Waters achieved her highest-ever placement on Billboard’s Dance/Electronic Digital Song Sales chart) And most recently, “Swept Away” from Diana Ross—an otherwise underrated track—saw a 2,809% streaming bump after Bosco and Jasmine Kennedie’s sexy lip sync to the song on season 14.

Summing things up Campbell sees what they do as an essential part of queer herstory: “I don’t have children, and I’m not going to have children, but that’s part of what this show does; it’s passing down these generational moments. The queens come together in this safe, queer space to teach us, and then we take that and try to teach the children.”