Skip to Content
Home / Latest / “Out” As In…What Exactly? 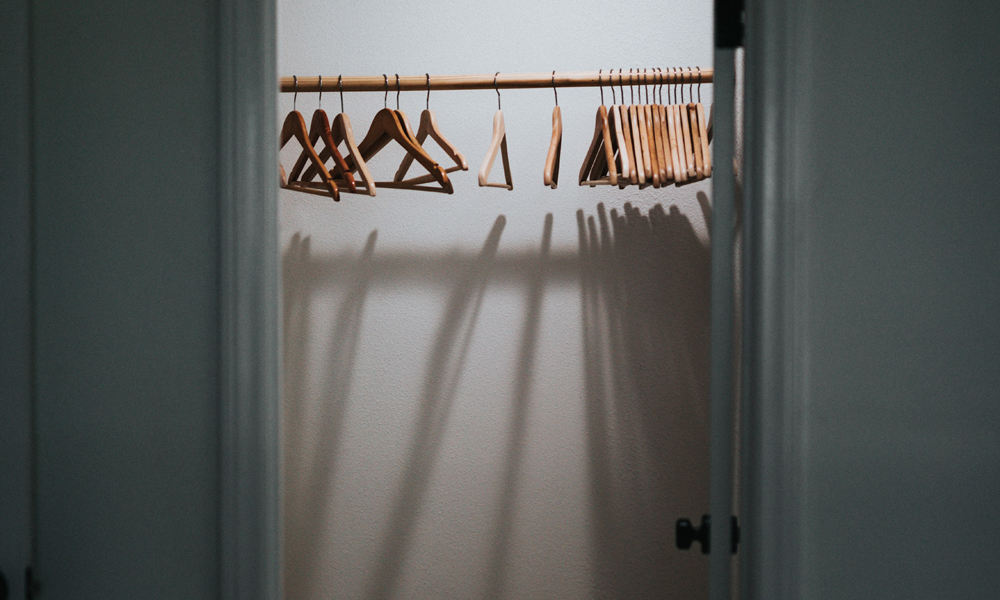 “Out” As In…What Exactly?

As is to be expected for a community represented by a rainbow flag, things aren’t exactly black and white

Take a minute and ask yourself, What does a person have to do to become considered “out”? Is it a quantitative matter, where a certain number of people need to know that this person is queer; or is it more a qualitative matter, where it’s more significant as to who in that person’s life is aware of their queerness?

By the logic of those two arguments, would a kid be considered out if his entire school and friend group knows he’s gay but his parents don’t? If a happily married lesbian keeps her personal and work life separate by not discussing her wife or even sexuality in the office, is she considered closeted? When a trans woman successfully “passes” and allows people in her new life to assume she is cisgender without correcting them, has she in a sense abandoned her queerness? If a bisexual man is in a monogamous relationship with a woman and does not inform his girlfriend about his sexual orientation because he finds it irrelevant to the relationship, is he being dishonest? When considering the visual analogy of the magical closet of sexual identity, where people hide before being ready to announce their truth to the world, just how much of yourself do you need to bring out of the closet before you are officially considered “out”?

The importance of outness is less a matter of positive representation and more an issue of safety and security. To be out is to declare that you are aware of the risks entailed with the public knowing your truth, and are willing to accept that burden.  Moreover, being clear about your outness is important so others are aware of your standing and know if it is safe to discuss details about you without potentially outing you by accident. Tedious as it may be for queer people, it is partially our responsibility to be upfront about how we wish others to address us; you can’t be mad at someone for sharing your secret if you never told them it was a secret.

As someone who failed miserably at hiding my sexuality in my early years of high school (I describe my younger self as being in the closet but with the door wide open), it was anxiety inducing to walk the halls hearing kids I had never spoken to gossip behind my back about my undeclared sexuality. Yet later in life, when I had been living openly as gay for years, it was comical seeing my co-workers beat around the bush when referencing my sexuality for fear of insulting me; to this day, the most brilliant way anyone ever called me a faggot was when my friend Janet referred to me as a “member of the community,” and I adore her for it.

Coming out is not a once-in-a-lifetime event, but rather an ongoing ritual we must perform every time we are introduced to someone new. While it does get easier over time, there are days when it can be just as exhausting and draining as the first time. It is often for this reason that many people in more recent years, particularly in Hollywood, have elected to (sorta) come out by refusing to publicly label their sexuality and instead seeking comfort in the solace of ambiguity. While it may be in vogue to be vague for the more privileged individuals, these murky waters of unclear sexual identity can be treacherous for the rest of us.

For example, former One Direction member and currently annoying person Harry Styles has been the subject of public fascination for years for his questionable queerness, which to this day he has not publicly confirmed or denied. His refusal to address such a personal matter simply to slake the general public’s bloodthirsty curiosity – the same intrusion of privacy that harpooned the careers of fellow pop stars of earlier years such as Ricky Martin and Clay Aiken – was at first considered admirable, as it drew a line between what subjects of the public eye were expected to share with the world and what they were allowed to protect. He lost me, however, when he allowed the is he or isn’t he? component of his public image to become an integral part of his brand, to the extent of dropping videos of himself writhing around shirtless on National Coming Out Day and playing the lead role in a gay romantic drama. Conversations about gaybaiting and the authenticity of gay actors playing gay roles has been done to death – and, frankly, done better by smarter writers than I – but an issue that does not get addressed enough is the sense of authority that possibly queer celebrities feel entitled to when speaking on queer issues.

Styles was recently quoted in Better Homes and Garden magazine (for some reason) saying, “The whole point of where we should be heading, which is toward accepting everybody is being more open, is that it doesn’t matter, and it’s not about having to label everything, not having to clarify what boxes you’re checking.” Without even addressing his words themselves, it cannot be overstated that if he is not in fact queer, how fucked up is it for a potentially straight man to be telling a community of people that our identities are irrelevant and unimportant? This rhetoric of labelling sexualities as being an outdated and unnecessary concept is part of a pernicious influx of rainbow blindness negating the very real systemic violence facing the LGBTQ+ community.

To deny the importance of visible queerness is to dismiss the very real adversities we face for living true in our flesh. As young people around the world are watching more and more transphobic and Don’t Say Gay bills brutalize queer children across the US and beyond, it seems a perplexing stance to take that standing true in the proudness of our genders and sexualities is inconsequential to our survival. Furthermore, it is trivializing to pretend that identifying as anything other than cishet does not come with fatal consequences for many people. Though the metaphorical closet may feel like a prison for many, for others it is a needed shelter to protect themselves from the hateful violence awaiting them if they dare to step out too soon. Without labels, there would be no statistics on homeless LGBTQ+ youth, and ignoring the stem of this epidemic would allow the pattern to continue without progress. Netflix may be telling kids that it’s okay to be brave and true to themselves because people will love them no matter what, yet growing numbers of trans women being murdered and news reports of gay kids being bullied to death say otherwise.

It was this maelstrom of bigotry that six years ago prompted one of the most unusual headlines to come out of 2016: a celebrity coming out as straight. In a career mirroring that of Harry Styles, actor Jack Falahee (best known for playing the openly gay character of Connor Walsh on How to Get Away With Murder) had, like Styles, avoided the topic of his sexual orientation, calling all the speculation about his sexuality “reductive.” However, following the presidential victory of Donald Trump, he felt compelled to come forward about his heterosexuality, after realizing he could not share in the same level of consternation that the LGBTQ+ community felt. “Ultimately,” he said, “I think that my stance has been unhelpful in the fight for equality. I feel that I’ve sacrificed my ability to support the community for a more theoretical discussion about sexuality.”

For an actor who at the time had been receiving positive press for his unclear sexual orientation (his “reductive” quote was from a profile piece for Out magazine, for whom he was the cover star), this decision to publicly acknowledge his truth in being unable to fully grasp the pain and dread of others because of his privilege felt oddly refreshing. Sometimes the greatest empathy allies can offer is the recognition that they will never know our pain. Your move, Harold.

We are left with a rather ambivalent space with not a lot of concrete answers. While it is more vital than ever for queer people to show up and be true in our identities for the sake of maintaining our presence in a world devoted to erasing us, it is also necessary for many of us to continue hiding until the world is safe enough to embrace us.

If you take one thing away from this discussion, may it be that there is absolutely no shame about someone being in the closet. For many, the closet may be less of a prison and more of a womb that protects and nourishes individuals before they are ready for their grand entrance into our community. If the music of SZA has taught us anything, it’s that it’s okay to lie, especially when it means protecting your own peace, as your truth is a luxury that others do not deserve. And if and when you do come out, may you be able to take pride in whatever letter of our alphabet you feel best represents you, even if it changes from time to time, without feeling as though it limits the individual you are. You have spent too long living in a closet to be trapped again in another box.