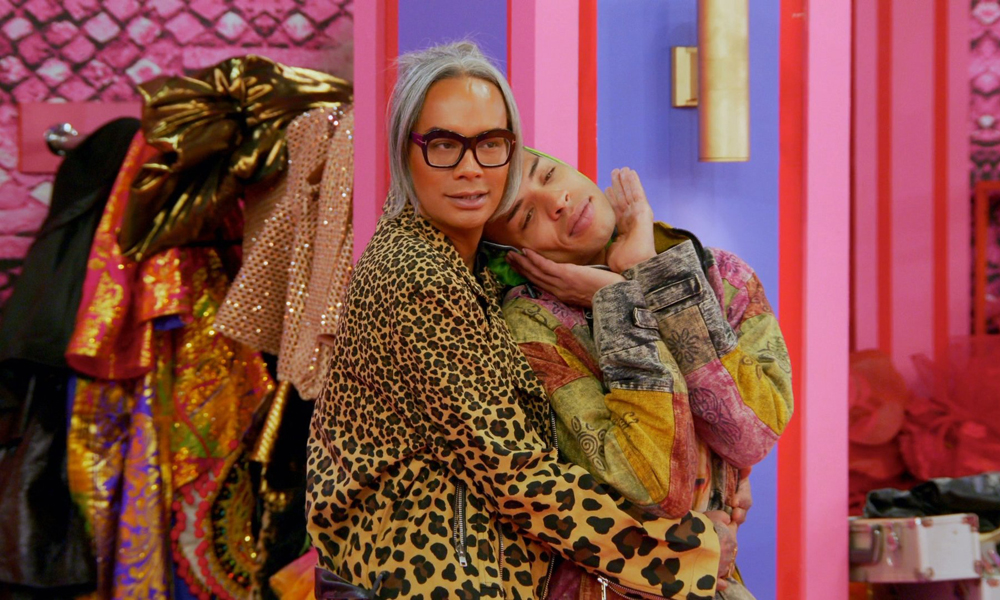 The queens give inspiring commencement speeches, and we’re one week closer to crowning the queen of queens…

On last week’s episode the queens flexed their improv muscles with a fairy tale courtroom challenge with Jinkx Monsoon and The Vivenne coming out on top. Viv won the lip sync and decided to block Monét, who is the only winner of a challenge who has yet to be blocked. This week the queens write and deliver inspiring graduation speeches and we get one week closer to crowing the queen of all queens. Let’s get into it.

This week’s episode begins in the werk room following Monét’s blocking. The queens gather on the orange couches to congratulate Viv on her first star and win of the season. Jaida apologizes to Jinkx for blocking her the week before, thus preventing her from receiving her second star pin. Yvie points out that there are still two queens that don’t have a single star yet (herself and Raja). Monét walks into the room with the platinum plunger. Monét now knows that Shea completely made up the secret advantage of the plunger and Shea is just hoping she continues on with the gag (and she does). The Vivienne reveals that the person she actually wanted to block was Jinkx, but as JInkx also won the challenge she was given immunity. Viv says Jinkx is one of the most talented queens, and Jinkx thanks her for being honest.

It’s a brand new day in the werk room and the queens don’t even get to chat before Ru interrupts with this week’s challenges. Ru tells the queens that as drag legends they have a responsibility to uplift the children. So for this week’s maxi challenge the girls will be writing and delivering an uplifting commencement speech for all of the 2022 draguates. Since Monét is blocked, she’ll get to pick the speaking order. For a special twist, the winners of this week’s challenge will get two legendary legend stars. They’ll get to keep one and give the other to a fellow queen. The queens get to writing their speeches. Yvie wants to surprise the judges to win this challenge, and Raja is going for a “cult leader/ wizard lady” while delivering her speech. Jinkx gives her some tips on how to pull it off. Shea finds it difficult to focus in the werk room with seven other loud people. Monét works on the order, and tries to make a star deal with a couple of the queens in the process. She announces the order as follows, Monét, Shea, Trinity, Raja, Jaida, Yvie, Jinkx, and The Vivienne to close the graduation.

The queens head out to the main stage to workshop their speeches with Carson and this week’s guest comedian Nikki Glaser. All of the queens have solid plans for their speeches, and they get a lot of really great advice in the workshops. After a quick break it’s graduation day, and the queens get ready to give their graduation speeches on the main stage. Jaida and Jinkx do a Tajín shot. Friendly tensions start to rise between Jinkx and The Vivienne since they do have really similar talents and backgrounds. Monét is determined to become the first blocked queen of the season to get the star. Out on the main stage Ru introduces us to this week’s judges; Michelle, Carson, and of course this week’s extra special guest judge Nikki Glaser. 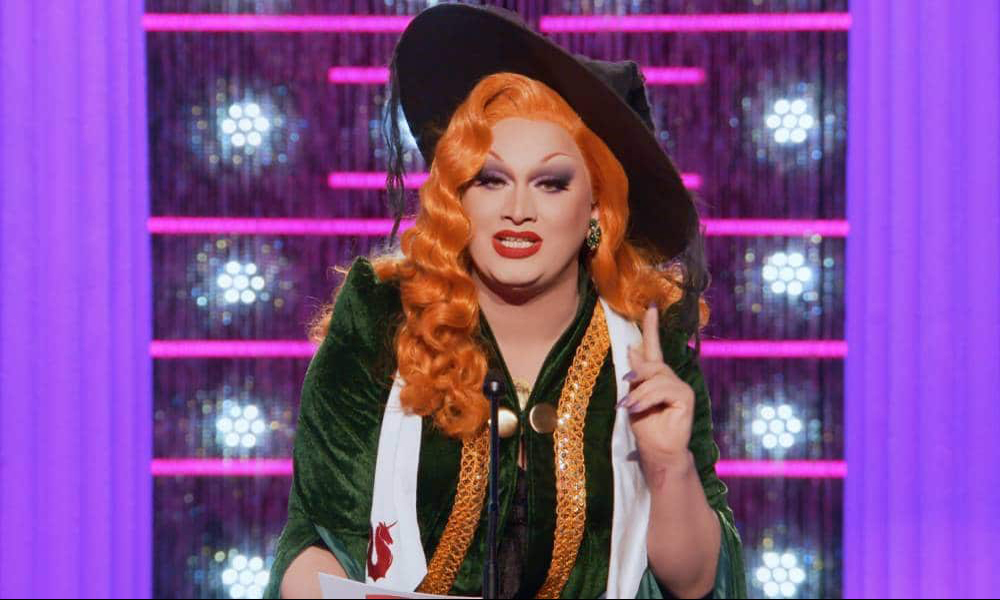 The queens take the stage in their caps and gowns and Monét opens the commencement with her speech. It gets laughs, and overall a good opener. Shea is up next and her speech is equal parts inspirational and funny. Trinity’s speech had some personal stories mixed with a bit of humor that had Ru and NIkki chuckling. Raja is up next and her cult leader speech and it surprisingly lands really well. Ru is laughing before Raja even opens her mouth, and laughs the whole way through. Jaida is up next and gives herself all of the praise in her speech, but it’s also really heartwarming and funny. Yvie’s speech starts with her tripping and continues to give her speech on the gift of failure, which is really inspiring. Jinkx’s speech has a witchy twist, but she pulls it back around with a story about getting hit by a car which she somehow flawlessly relates to healing your trauma. The Vivienne closes the show with a slurred speech about her journey with sobriety, which all of the judges laugh at. Following the speeches the category on the runway is “Veiled It”, and the queens prance down the runway in their most stunning veiled looks. 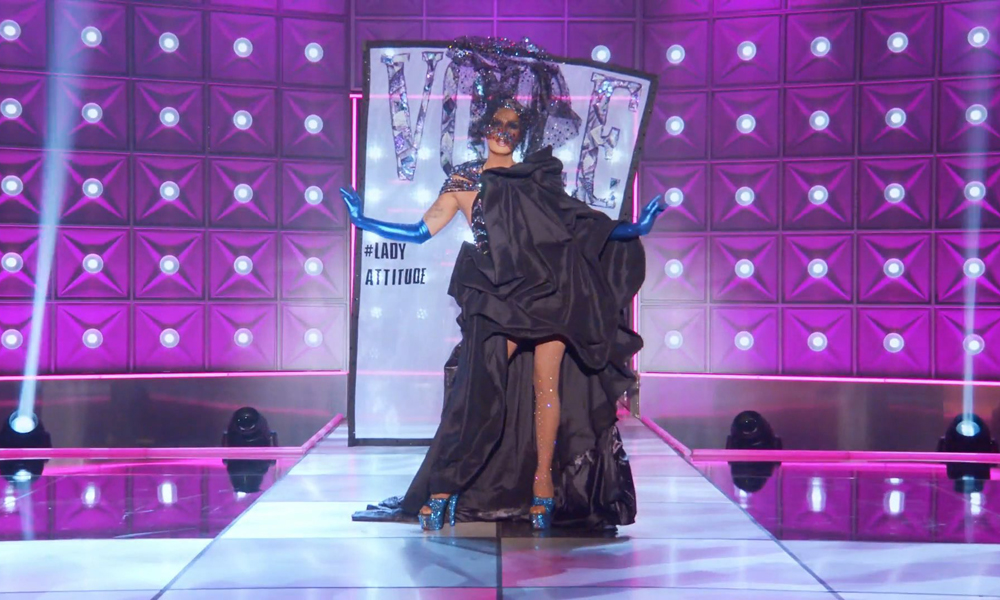 Critiques begin with Monét. Michelle thought her speech was really fun, and Nikki says she nailed the speech. Ru calls her caged bird outfit iconic. Michelle loved Shea’s speech, and Ru commended her on how relaxed and comfortable she was. Carson loves her pleated silk look. Nikki says she nailed her jokes in her speech, and Carson loves that she put some vulnerability into her speech as well. Carson also tells her she’s never looked more gorgeous and loves her crimson veiled look. Michelle loved the honesty with Raja’s speech and Nikki liked that her speech changed the tone that had already been set by the queens before her. Carson adores the attention to detail in her runway look. Nikki tells Jaida that she used “bitch” perfectly in her speech, and Michelle loves the spanish gothic vibes of her runway. Carson tells Yvie her beaded look was so chic. Michelle tells her that she appreciated her doing her whole speech without cards, and Ru says that her speech on failure really struck a chord with her. Michelle tells Jinkx her look is beautiful, and Carson calls it magical. Nikki loves the message behind her speech and Ru tells her it was most likely her behind the wheel of the car that hit her. Finally, Nikki tells The Vivienne she played her role perfectly. Carson gives her a job well done for staying in character for the entire graduation and Michelle loves her kinky runway look. Before the queens head back to the werk room to untuck, Madam Speaker Nancy Pelosi walks down the runway to give the queens some words of encouragement.

Following deliberations Ru announces that the top two queens of the week are Jinkx Monsoon and Raja. Each queen has earned two legendary legend stars. Jinkx and Raja will gift their extra stars at the beginning of next week. Jinkx and Raja lip sync to earn the power to block another queen to “Better in Color” by Lizzo. Both queens give spicy performances but it’s Jinkx who wins (for the second time). Raja is free to slay another day and safe from a potential blocking. With the platinum plunger Jinks chooses to block The Vivienne (shocking). So Vivienne will be exempt from winning a star next week.

On the next All Stars: The queens get curious about the giveaway stars and team up to become Y2K girl groups on a throwback episode of TRL.