Skip to Content
Home / Latest / Opinion: It’s Still Not Easier To Be Gay 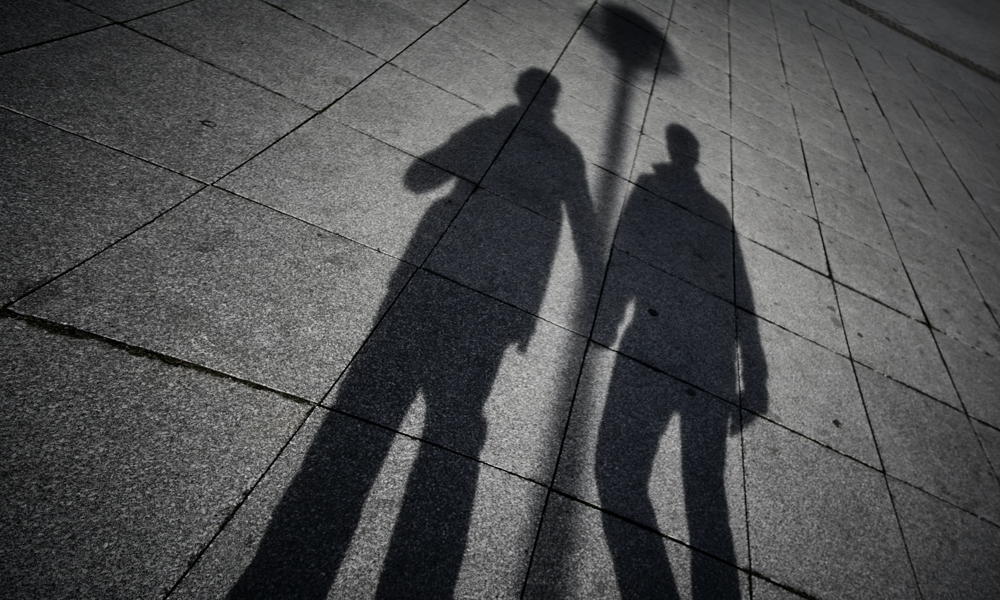 Opinion: It’s Still Not Easier To Be Gay

So, here comes another Pride Month. A few years ago, I was on a national live news broadcast and was asked, “Isn’t it easier to be gay now?” I tried my best to answer as a representative of The 519. The truth is, it’s not. I’m terrified to hold my beloved husband’s hand in public. We were legally wed in 2009. But it doesn’t seem to matter. I can’t do it, because I don’t want to risk verbal or physical assault.

I read stories every single day of queer couples being assaulted. Every single day. And our extraordinary trans brothers and sisters are being murdered.

Gay kids are being beaten to death by their parents. I had a gay teen call me when I was at work asking for help because he had just been thrown out of his house. A massive percentage of youth experiencing homelessness in the GTA are LGBTQ.

The profound trans and queer rebellions against oppression in 1969 in New York and 1981 in Toronto are not over. The quest for full human rights continues.

When my husband, Mark, and I are out somewhere, I’m always wary of where we are. I’m constantly calculating our whereabouts. We were in Venice for our fifth wedding anniversary, and I was overcome with fear for our safety. I was enraged at the tens of thousands of straight couples around us who could just walk unafraid.

Perhaps these are my issues and my internalized fears. But they are real. They are ever-present. They haunt me. And I know I am not alone.

“How come we don’t have straight Pride?” the ignorant ask. I’ll tell you why: because you don’t need it. Everything exists around you to validate you. You are not taught, as soon as you are aware of yourself as a person, that you should have shame. That you are wrong. That you are unnatural. That you are sick.

Once, Mark and I were sitting on a beach near Kingston, literally just reading a book, and a man walked up to us and said accusingly, “Hey, guys, this is a family beach.” His family members watched and laughed. Meanwhile, a straight couple not 20 feet from us was doing everything but having intercourse. Has that happened to you?

Another time, we were stopped by acquaintances and asked, “So, who’s the wife?” A colleague of mine once said to me, “I really like working with you. It’s a shame you will burn in hell.” Has that happened to you?

It’s exhausting to worry all the time. Sometimes I don’t want to do it anymore. I can never just be me. And I can only imagine that my fears and worries must be multiplied exponentially for my dear trans and nonbinary colleagues and friends whom I hold close to my heart.

Another colleague once said, “Well, you’re the good gays.” I wondered, What the f*ck does that mean? And then I knew…and I was further shamed. For I am that assimilated gay white man. Am I a traitor to my queer community? How awful! Bring on the fabulous, nelly, fey, genderqueer, in-your-face homos and dykes and brave trans souls to smash all cages.

We are all imprisoned by stereotypes, expectations, binaries, institutions, regulations. One of my amazing colleagues, Becky McFarlane, revealed a beautiful secret to me recently: queer liberation is not just about LGBTQ and two-spirit folks. Rather, it’s about liberating all of us from the limiting bonds of our expected boundaries.

Why do we still need Pride? So I don’t hate myself. So I am not ashamed. So I can be anywhere – in the street, in a restaurant, at a movie, on a beach – and reach out to hold the hand of the man I have loved for 21 years.

So I can walk unafraid.

STACY KELLY (he/him) works at The 519 and is co-founder and president of Queen’s Queer Alumni Chapter. He lives in Toronto with his husband, Mark Julien.

My Husband was so smart at hiding his infidelity so I had no proof for months, I was referred to some Private investigator and decided to give him a try.. the result was incredible because all my cheating husband’s text messages, WhatsApp, Facebook and even phone conversations was wired directly to my cellphone. if your husband is an expert at hiding his cheating adventures, contact him, he’s fast and trusted hacksecrete@gmail.com text or whatsapp him on +1 (774) 202-9445 tell him i referred you

Stacy Kelly is obviously a wonderful author who captures the ambient rejection of our difference succinctly and compellingly. Unfortunately I can’t share his optimism. I look forward to when modern medicine can do something about that difference. The hate isn’t going anywhere, our parents aren’t ditching their disappointment, and we are still too dependent on allies to protect us. Happy Pride to all. I hope the day comes when our youth don’t need and I really don’t care how.