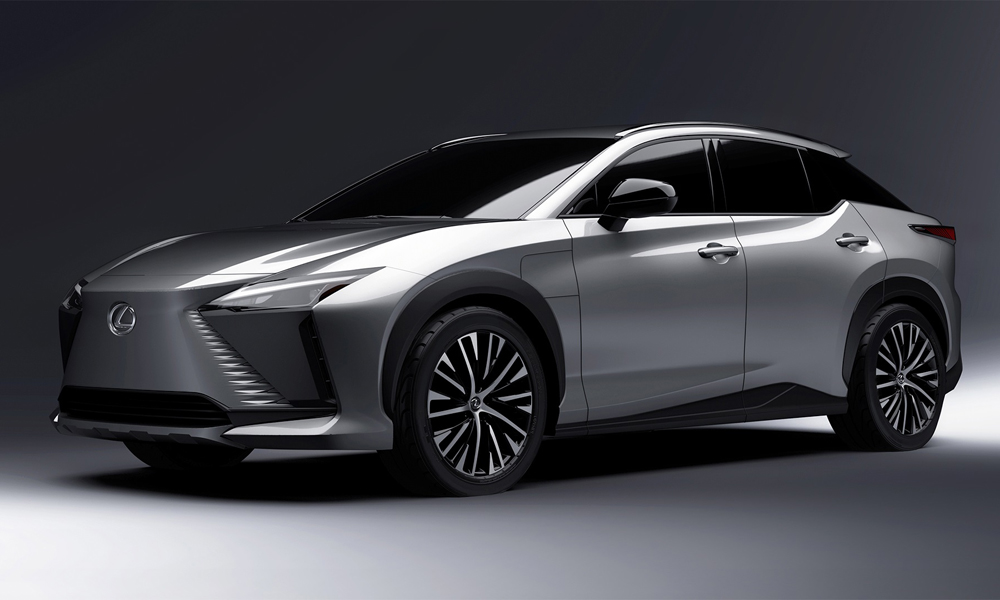 The 2023 Lexus RZ, which will be about the size of the current RX SUV, will be the brand’s first global dedicated battery-electric vehicle…

Lexus is a little late to the electric vehicle ball, having only sold gas/electric hybrids thus far, but it will swirl a whirl when it begins selling its first all-electric model later this year – the first on a road to selling only EVs by 2030. Like the timeless Liza, these flashy performers are identified by their Z – which in this case means “Zero Emissions.”

Lexus gave us a preview with the “LFZ Electrified” concept in Tokyo a year ago. Beneath its exotic bodywork was an electric system that was fast charging and capable of a 600-km range. Door handles appeared upon approach; steering was by Tesla-style yoke.

Reality will be less thrilling.

The debut belle for Lexus is the RZ 450e, a luxury alternative to the similar Toyota BZ4X and Subaru Solterra that will be available by this summer. It’s not as exuberant as the concept that foreshadowed it, but it will have at least 215-horsepower, 354-km range, and all-wheel-drive to enhance performance, and it will offer the concept’s quick charging to replenish the batteries to 80 per cent in under an hour. Styling looks like an angrier next-generation RX, but is closer in size to today’s compact NX.

Styling ties the RZ to its famous gas-powered siblings, but advances key themes for the next decade. A large plastic panel replaces the brand’s trademark spindle grille, but thin edgy headlamps and deep body sculpting give it a more youthful attitude than today’s Lexus crossovers. The rear floating roof is more dramatic than recent models, but adds a sense of familiarity. Overall, it’s a pretty handsome ride. A larger three-row companion crossover is also expected for those who have growing families or a large cadre of mates.

Sitting onstage next to the RX 450e during its unveiling was a smaller sedan that looks like a curvier, higher-performance IS without any hint of spindle. Instead, the front echoes the Porsche Taycan EV’s low bumper, pinched nose, and the smallest slits of headlamps. Twin air extractors on the hood imply a hot gasoline engine beneath, but it’s more likely to contain a large frunk (a “bonus” front trunk space) as it’s a car to compete with the Tesla Model 3.

None of these will be as invigorating as the Sport concept that takes the legendary LFA, a 553-horsepower supercar with a 10-cylinder engine, into the next decade. It sits low to the ground, straddling tracks with a wide bulbous rump. Its front, dominated by snarling nostrils on the corners, looks like it will eat you. Curves and scoops hint at classic performance cars, but it’s different. Energy-dense solid state batteries should zap the car from 0-100 km/h in under three seconds or, when driven economically, let you travel more than 640 km.

All of the luxury automakers are on the verge of converting their lineups to all-electric. Mercedes, Cadillac, Jaguar, Land Rover and Volvo will exit gas-powered vehicles by 2030. BMW will follow soon thereafter. Lexus, it seems, is off to a good start, as it plans to offer all of these exciting rides by mid-decade.