Skip to Content
Home / Latest / QUEER CRIME: Why Hasn't The Serial Killer Known As "The Doodler" Been Caught? 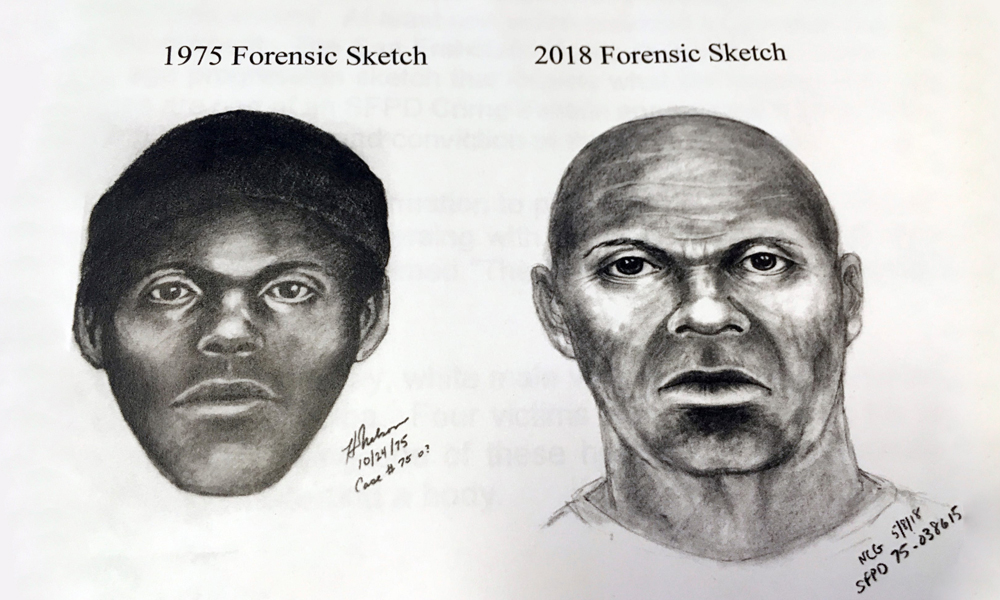 QUEER CRIME: Why Hasn't The Serial Killer Known As "The Doodler" Been Caught?

For some, being outed was scarier than a murderer on the loose…

California has had its fair share of serial killers over the years, especially in the 70s and 80s. From the Hillside Stranglers to the Nightstalker to the Golden State Killer, some of the most well-known serial killers of all time made California their hunting ground. Topping the list of infamous unsolved cases is the Zodiac killer, but that isn’t the only brutal unsolved murder case in California’s history. Between January 1974 and September 1975, a killer dubbed The Doodler was targeting gay men in the San Francisco area. The Doodler met his victims in gay bars, restaurants and nightclubs and was known for the sketches he would draw of his victims as a way to connect with them and earn their trust.

The Doodler, who was described as a young black man, between 19 and 25 years old, around six feet tall with a slender build, is confirmed to have killed at least six and up to sixteen men. His known victims are 49-year-old Gerald Cavanagh, 27-year-old Joseph Stevens, 31-year-old Klaus Christmann, 32-year-old Frederick Capin, 66-year-old Harald Gullberg, and 52-year-old Warren Andrews. Andrews, whose body was found at Land’s End in 1975, was just attributed to The Doodler earlier this year. Although The Doodler’s last known victim was in 1975, the investigation is still open today.

During the original investigation in the mid 70s, police zeroed in on one suspect that they believed was The Doodler. While he cooperated with the investigation and was extensively questioned, he didn’t admit guilt and wasn’t charged. The name of this suspect has never been released. Part of building a case against this person involved securing the testimony of three surviving victims police believed were attacked by The Doodler. These three men went to the authorities to report their attacks but refused to be involved any further as it would mean outing themselves publicly–something that was considered risky in its own right.

In the 1970s, San Francisco was becoming known as one of the hubs for the gay rights movement. The LGBTQ+ community was growing and becoming more vocal, but at the same time many members of that community still preferred to stay very private. Whether they were openly gay in their personal lives or not, they weren’t willing to go public about it. City supervisor Harvey Milk, who was the first non-incumbent openly gay man in the United States to win an election for public office believed 20-25% of the 85,000 gay men in San Francisco were closeted. Hearing those three potential victims of The Doodler refused to testify if it meant being outed, Milk expressed his empathy, saying, “I understand their position. I respect the pressure society has put on them.”

Despite the roadblocks that the original investigation faced in the 70s, The Doodler case has not been forgotten. In 2021, San Francisco Chronicle reporter Kevin Fagan did a series of articles and a podcast covering his extensive investigation into The Doodler case. He believes The Doodler could still be alive and it’s possible to bring him to justice. The three surviving victims from the 70s still don’t want to go public with their experiences, but at least one of them is cooperating with the police to do what he can to help the investigation. There is also a monetary reward being offered for any information leading to an arrest.

As for where the investigation stands today, the cold case unit in San Francisco is actively working on it. Following up on the police sketch of the suspect released in the 70s, in 2018, San Francisco police released an updated sketch that shows how the suspect might look today. They are also looking to speak to anyone who has any information on a few specific leads including locating a psychiatrist who may have been treating the suspect at the time of the murders and the person who called 911 to report a dead body, but was never interviewed by police.

Another avenue they are exploring is the possibility of ancestry DNA. After the Golden State Killer, Joseph DeAngelo, was identified decades after committing his last crime because a relative submitted DNA to an ancestry database, the same idea has been applied to other cold cases, including The Doodler case.

With the case still open and being actively investigated, there has been little concrete information released about how close authorities are to identifying and charging a suspect. For all we know, they are surveilling The Doodler right now and it’s only a matter of time before they gather enough evidence to build a case, arrest him and bring justice to his victims.

I am just learning about this case now in 2022. I wasn’t around in 1975 but to hear that they had a suspect in Jae’s car is so confusing and infuriating because why did they not apprehend him right then and there? I mean it seems pretty black and white and at the point but hey, I wasn’t there so I don’t know.

I don’t usually comment on articles and leave my information, but being a part of the LGBTQ+ community I wanted to thank you for this article genuinely. Because I just spent hours going down rabbit holes of different articles, news sources, etc not only telling me completely contradicting information but disrespectful language and vocabulary about those beautiful souls that he savagely took, senselessly.