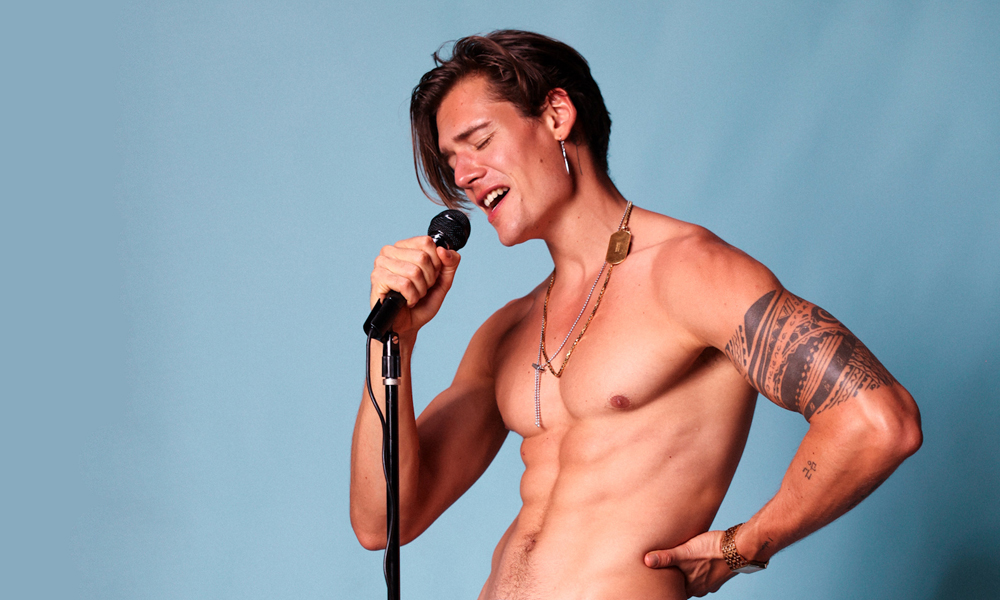 Mario Adrion’s legions of fans on YouTube know him as the ITSAMEEE….MAARIOOOooo! guy. The Wilhelmina fashion model has been lighting up the internet with his man-about-town videos where he asks silly questions of unsuspecting men and women, all while wearing nothing but a skimpy Speedo.

Adrion came to national attention when he appeared on last season’s American Idol. He wowed judges Katy Perry, Luke Bryan and Lionel Richie, performing his audition song in his signature outfit. At one point, Perry challenged Adrion to a catwalk duel! While Adrion’s fashion moves slayed, his song didn’t quite measure up and he was eliminated. Still, the appearance introduced the funny male model to a national audience, and now he’s trading the runway for the stand-up comedy stage. 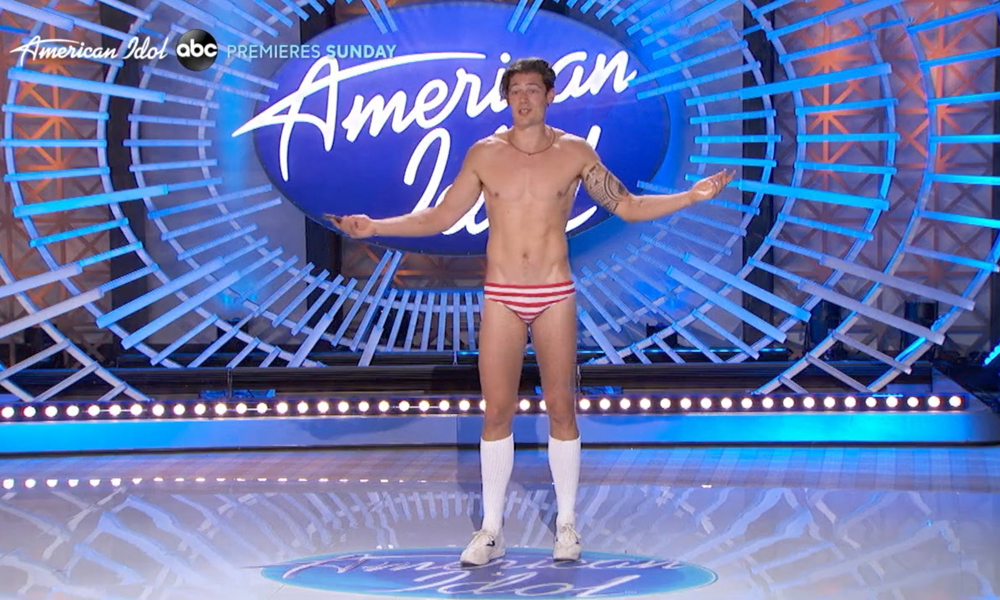 In his act, Adrion reflects on his life as an underwear model, revealing what really happens in model apartments…and the importance of the big bulge. He also dives into the dark side of the fashion industry, discussing the sexual propositions he encountered and even the time he was drugged and sexually assaulted by a photographer. “I don’t make light of the experience,” he emphasizes. “There is nothing funny about rape. But sharing my story openly and publicly has helped in the healing process. It has given the assault purpose.”

For more, we reached out to the popular YouTuber at his home in Los Angeles.

How did you find your way into stand-up comedy?
I just started doing it. I have so much to learn, but nothing beats the energy of a room full of laughing people. It is magical.

Were you always funny?
I remember being a kid and putting on a performance at my uncle’s 50th birthday, making little jokes about my cousins and all the people there. Everybody agreed I was a natural!

Why did you decide to pursue modelling first, over comedy?
I’m from a small town in Germany where nobody does anything creative. Out of nowhere, I was approached by a modelling agent from New York City who offered me an opportunity. I decided to pursue it, not because I loved modelling but because I loved the challenge and the possibility of travelling around the world!

Was modelling filled with glamour and wild nights out?
I’ve been to some of the most insane parties as a model. Especially the after-parties of Milan Fashion Week.

Do you mind being objectified?
I definitely like the attention and admiration I sometimes receive.

What are some of the hardest parts about modelling?
I found that having to fit into the body that fashion brands wanted was hard. I am a naturally athletic guy. My agents always wanted me to lose muscle mass so I could fit into tiny designer jackets for Fashion Week. One Fashion Week season, I starved myself and lost 20 pounds. Then my grandmother passed away unexpectedly and I had to cancel my shows to attend the funeral. At the funeral, I realized how unhealthy I looked, and promised myself to never do that again. 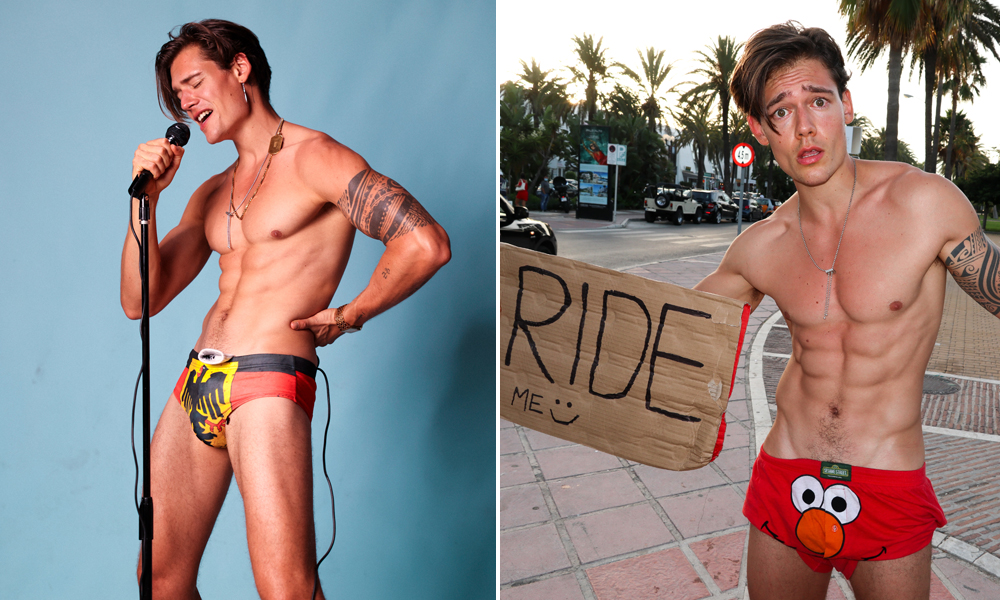 In your act, you discuss the sexual propositions. Can you tell us about those?
It all started with some underwear shoots where photographers would try to adjust my underwear and touch me inappropriately. I learned to tolerate it because I didn’t want to lose the jobs. But then there were times when I would be offered a magazine cover in exchange for receiving a blow job from a photographer. Nobody told me what to do in that situation. I didn’t get much guidance from my agents.

Is it common for male models to engage in these propositions?
Yes, advances are quite common. It’s an unspoken rule that models can’t be too sensitive. We’re expected to play along. I have often endured these advances because I was paralyzed and didn’t know what to say without upsetting the photographer or casting director. One time, after being groped, I told the photographer I didn’t feel comfortable, and he told me: ‘This is fashion. You have to be more open if you want to succeed in this industry.’ I’ll never forget how he accused me of not being open after sexually assaulting me. I am not saying all successful models have engaged in these propositions, but I know a lot of guys who are doing big campaigns with huge designers after spending a weekend in the Hamptons with them.

You’ve been open about your experiences on your YouTube channel.
My YouTube viewership went up once I started sharing my personal stories. Instead of showing some perfect life as a model, I chose to reveal my struggles, which made my channel more relatable. I combine the boldness of doing embarrassing things in public with a clear inspirational message of getting out of one’s comfort zone and being open and vulnerable.

Is the ultimate goal of your videos – and now comedy act – to inspire?
It really is! I want to inspire people to be bold, overcome fear and make fun a priority in life. I left the security of my small town, and despite some of the challenges I have encountered along the way, I couldn’t be happier.

JASON SALERNO is a freelance journalist, editor, ghostwriter, speaker and cartoonist. He lives in New York City’s Upper East Side, but longs for the day when he can find a reasonably priced apartment in Greenwich Village so he can live the life of a real beatnik poet. 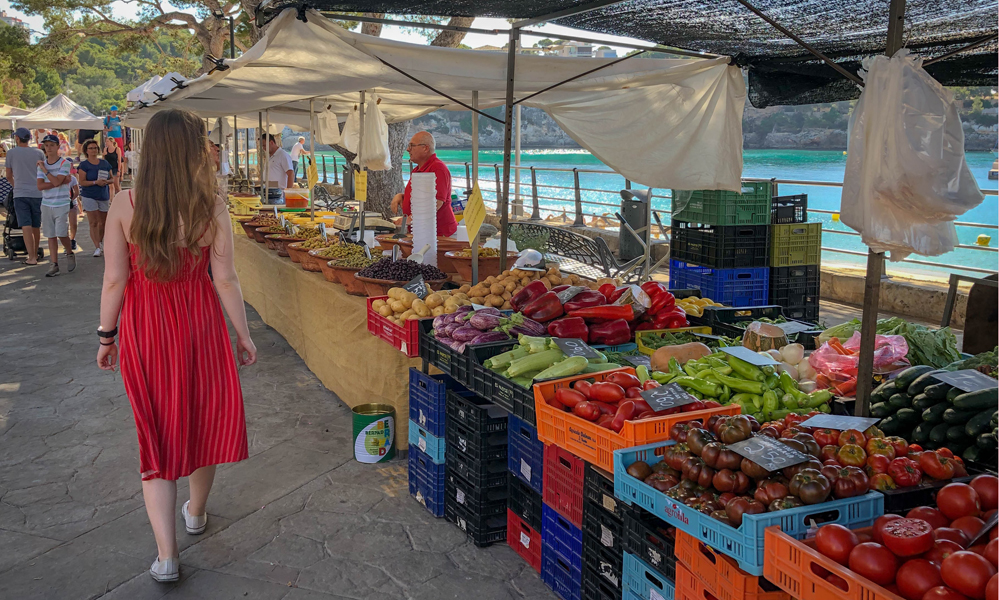 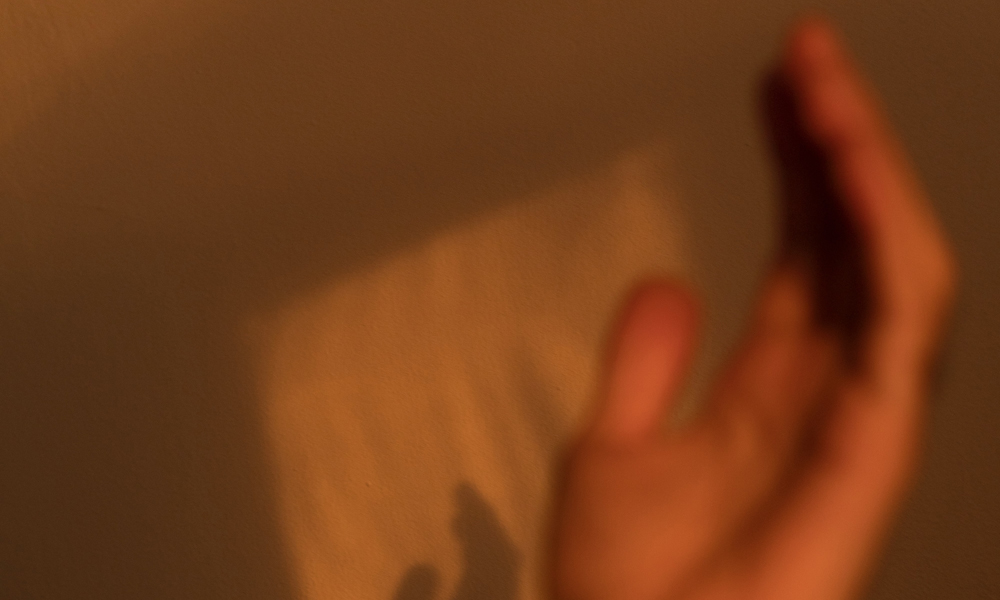