Well folks, we’ve finally made it to the penultimate episode of this lengthy season, and we’re only one week away from crowing the newest drag superstar. As a refresher before we get into this week’s special reunion, last week the remaining five queens took part in the music video challenge, and nobody went home. This year Bosco, Lady Camden, Willow Pill, Daya Betty, and Angeria will make the top five that will compete for the crown at the finale. But before a new winner is crowned, the queens are sitting down for an in-person reunion (the first in two years thanks to Miss Corona).

This year the reunion is being held in Las Vegas (gotta plug that residency). The reunion starts with all the queens being introduced in the order they were eliminated. Ru sits with the queens on a stage that looks like the werk room and they get right into it. Ru starts by saying this season’s cast was so loveable she didn’t want to send anybody home (I disagree, but I digress), and a fun highlight reel of the season’s golden moments play (except for the scenes from the Snatch Game). Ru asks the queens what it’s been like becoming international sensations, and Kerri replies that it’s been great being able to help trans youth, and some of the other queens reply with all the ways fame has been both wonderful and confusing. Ru then goes on about the “twist of the season” which was the Wonka bar reveal, “it’s chocolate” *cue sad trumpet sound effect*.

Ru talks about how sad it was that Kornbread had to leave the competition due to her ankle injury. Kornbread says it was hard, and she wishes she was there for Snatch Game to make it funny. Ru plays a reel of Kornbread’s emotional confessional from the show, and Kornbread says her relationship with her family has improved since being on the show. This season had a lot of love between the queens, but there was also a lot of drama, and we’re treated to the Kornbread vs Jasmine montage. Jasmine thanks Kornbread for being up front and honest with her, and Lady Camden commends her for having a resilient positive attitude throughout the rest of the competition. 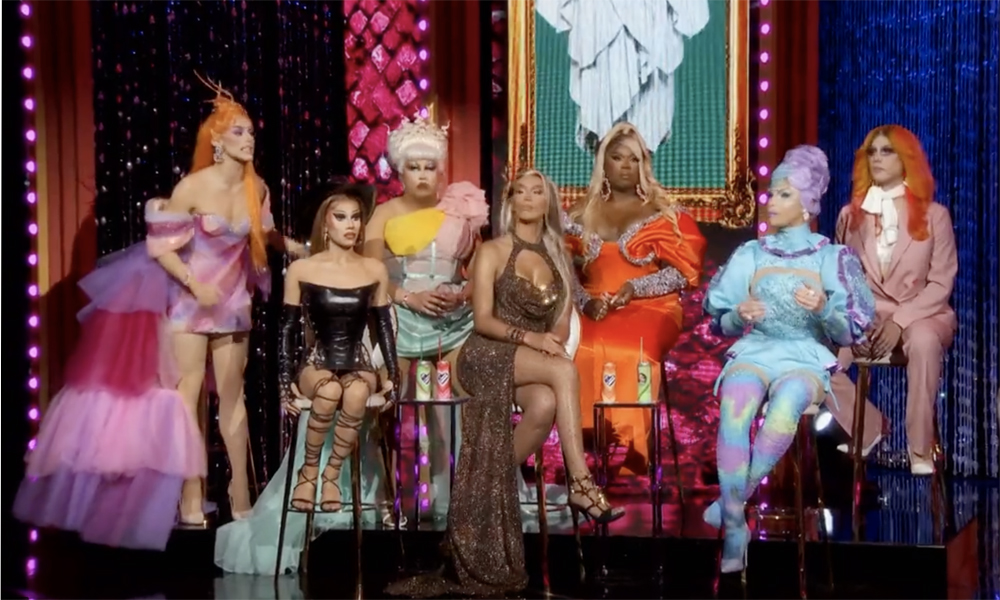 After the break we get into another clash of the queens, this time between Daya and Jasmine. Daya says she doesn’t regret saying what she said but wishes she would have gone about it differently. Jasmine says Daya dragged her for nine weeks straight, and attack others non-stop. Jorgeous says she didn’t feel respected by Daya. June stands up for Daya, and Daya starts crying. Through tears Daya says “it’s not who she is”, even though she JUST said she didn’t regret what she said. Jasmine yells across the stage that Daya has never apologized or reached out since filming, but Kerri comes to Daya’s defence that she has gotten an unfair amount of hate from fans and viewers from the show.

Ru then addresses the trade of the season, Alyssa Hunter, and it IS a shame she went home so early. Ru plays a highlight reel of #CamGeria, and the two queens say they’re not opposed to exploring a relationship outside of the show, but there was another showmance blooming between Jorgeous and Orion behind the scenes. Some of the queens knew about it, and some didn’t. Kornbread reveals she got a tattoo of Willow on her leg, as a tribute to the most meaningful connection she made during the competition. Ru then pivots to talking about the show’s first straight queen Maddy Morphosis. Maddy knew going into the show that there would be some negativity but didn’t know how polarizing it would be. She says she appreciates her season 14 sisters for being so supportive. We get into another clash of the queens between Maddy and Jasmine. Kerri says she was living for the drama in untucked, but Maddy knew she was probably going home that week, so she wanted to put on a show. Willow says that this fight was the moment she realized she was on Drag Race.

An Untucked moment that was one of the biggest of the season was Jasmine coming out as trans. Jasmine talks about coming out to her dad, and her relationship with her family. Through tears she tells the queens that she’s finally happy with who she is. Kerri says it was such a beautiful moment and was so happy she could be a part of it and shouts out the rest of her trans sisters from this season. Ru asks the rest of the queens who came out as trans this season how it has been for them. Bosco says the support has been good, but Kornbread says her experience hasn’t been easy. Willow says her experience has also been difficult, but she’s grateful to be in the final chapter of knowing herself. We get to see another clash of the queens between Bosco and Lady Camden for their fight for the lead role in the rusical. Bosco doesn’t feel like she said anything out of line but takes responsibility for being a huge bitch in the moment. Lady Camden is glad she stood up for herself, and it all worked out in the end. The two scream compliments at each other and bury the hatchet. 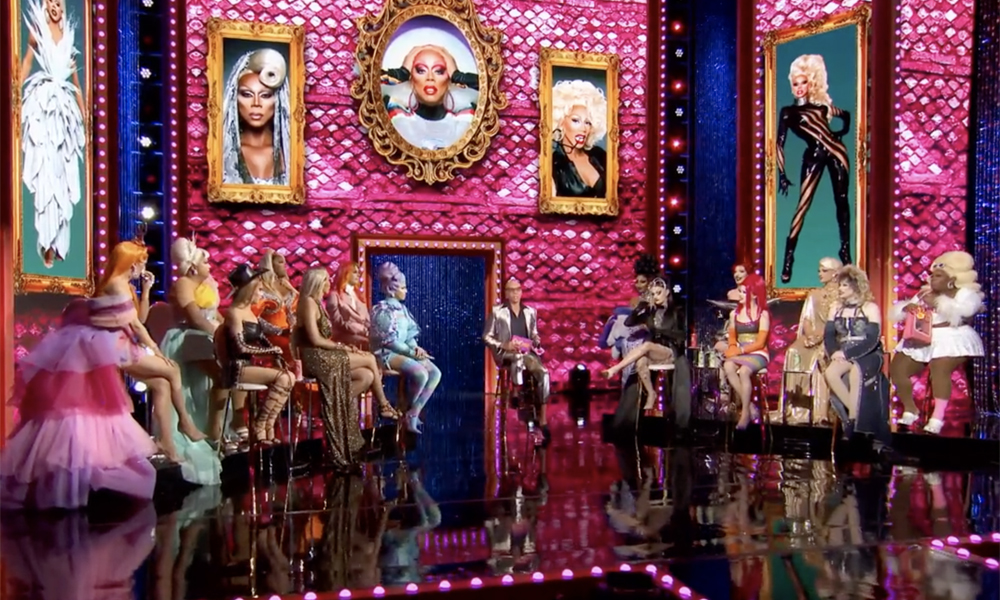 After a quick break the queens play toot or boot with the season’s most iconic lewks. This year’s winner of the Golden Boot (presented by last year’s winner LaLa Ri) is Maddy (and Daddy) Morphosis. Maddy is happy to finally win something, even if it was for that monstrosity of a gown with velvet scrunchies hot glued to it. woof. The queens answer some fan questions, and the library re-opens for the queens who weren’t around to read their season 14 sisters on the show. Ru gives the queens one last chance to get something off their chest. Daya uses the time to apologize to Jorgeous and Jasmine and says her phone is always on if anyone ever wants to talk and adores all her season 14 sisters. Both Jasmine and Jorgeous thank her. Maddy says it was heterophobic for Ru to put two design challenges close together, and then have a southern acting challenge with fart jokes she couldn’t participate in. The top five go over their highs and lows from the season, and Ru closes the reunion.

Next week on Drag Race: The final five deliver showstopping performances, and a new queen will finally be crowned.