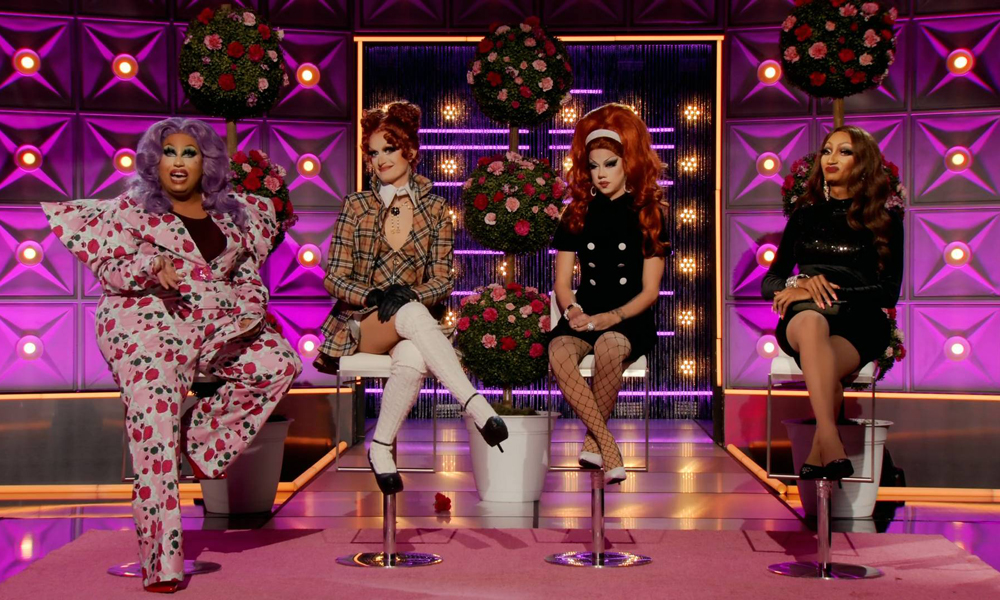 The remaining queens take part in DragCon panel discussions, bring shoulder pads back back back again, and comedian Nicole Byer is a guest judge…

Last week we said goodbye to the stunning Kerri Colby after a 60s girl group challenge had the queens split into trios to write and perform songs inspired by iconic bands like The Ronettes, and The Supremes. Daya Betty was crowned the winner of the week (and I’m sure we’ll hear alllllll about it during this episode). This week the queens will lead DragCon panels for their maxi challenge. Let’s get into it.

This week’s episode begins in the werk room following Kerri’s elimination. The queens read Kerri’s note and Jasmine gets emotional about sending Kerri home after she had been such an inspiration for her in, and out of drag. Jasmine wipes the message away and the queens gather on the couch to congratulate Daya. Daya apologizes about coming off “too competitively” the next few weeks, but the other queens assure her she’s just playing the game. The safe queens say that they were surprised Deja wasn’t in the bottom (and honestly, I agree because that Party City unlicensed superhero lewk was NOT IT). It’s still very much any queen’s game…we’ve officially reached that point in the competition. So last week’s tops could be this week’s bottom.

It’s a new day in the werk room, and Daya is feeling good coming off her fresh win. The remaining eight queens to tell them that for this week’s mini challenge they will have to photobomb some of the most famous celeb men in the world. After getting into quick drag, the queens get to work photobombing Lil Nas X, Leo DiCaprio, and Shawn Mendes. Ru announces the winner of the mini challenge is Willow Pill! 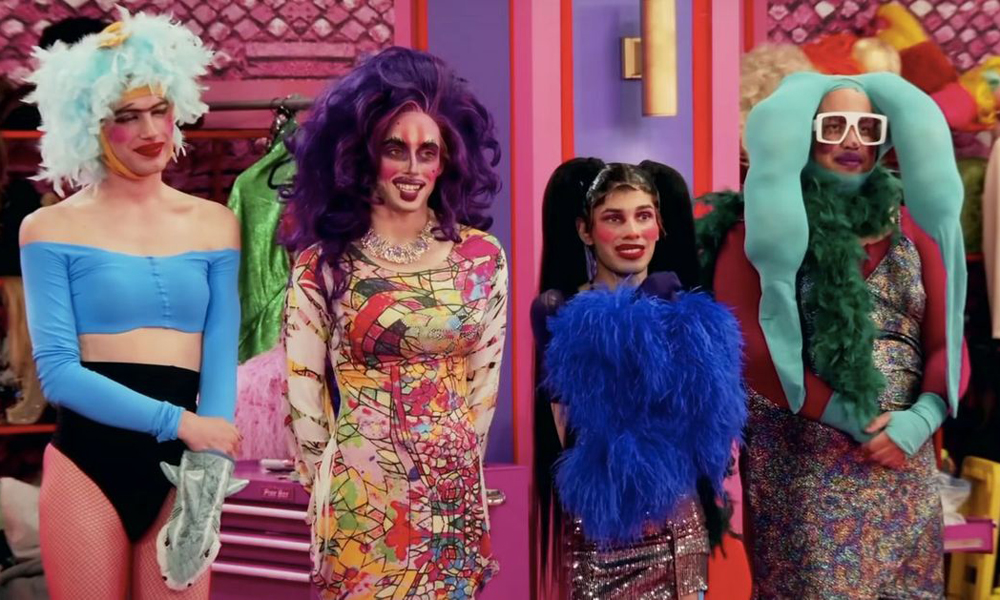 Ru then tells the queens that for this week’s maxi challenge the queens will be taking part in DragCon panels to lead dynamic discussions that are both insightful and hilarious about MEN. Since Willow won the mini challenge, she gets to choose her group. She chooses Deja, Angeria, and Lady Camden. Daya, Bosco, Jasmine and Jorgeous are on the opposing panel. Each team will have one queen act as a moderator for the panel, and some of the queens are feeling a little nervous. Team Willow chooses Deja to be the moderator of their group, and over at Team #Leftovers Jasmine nominates herself to be the moderator and Daya is not sure Jasmine (the energy vampire), can do it. Bosco swoops in to take the lead to ensure Jasmine doesn’t talk over her fellow group members.

Ru does a werk room walkabout and checks in with both groups. Team Willow walks Ru through their game plan for an honest, real, and stull entertaining. Ru asks Team #Leftovers (Jasmine) how she’s going to stop herself from talking over her teammates. Valid. Bosco is nervous that her panel could go either way because her role as a moderator depends on the content her teammates give her. Also valid. The next day in the werk room the queens get ready for their panels on the main stage. They chat about what they’ve learned about the creative process while being in the competition. Out on the main stage Ru introduces this week’s panel of judges: Michelle, Carson, and comedienne Nicole Byer. Team Willow is up first, and Deja gets right into it and their group is really strong, but Lady Camden stays pretty quiet until the group discussion about fatherhood. Deja does a great job moderating but the star of this panel was without a doubt Willow. Bosco kicks off the next panel with a bang, and the group follows with a strong discussion, but it doesn’t run as smooth as the other group. 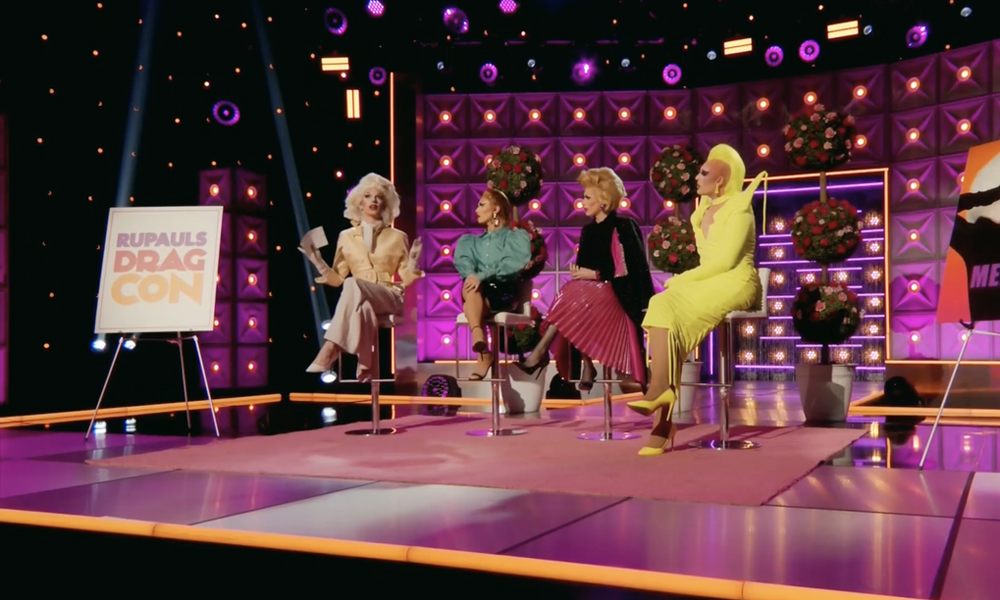 Following the panels, the category is “Shoulder Pads”, and the queens strut in oversized Chanel tweed, futuristic trench coats and power suits. After the runway Ru announces Deja, Willow, Bosco, Jorgeous, Jasmnie, and Daya represent the tops and bottoms of the week. Lady Camden, and Angeria are safe and leave the stage.

Critiques start with Deja and the judges say she did a really good job keeping the conversation moving, and the judges love her ridiculous look on the runway. The judges wish Willow would have gone bigger with her shoulder pads but praise her performance in the challenge. Michelle tells Bosco her look is a bit simple, but they thought she was really present and funny in the panel, a real standout in the group. The judges tell Jorgeous her outfit is gorgeous but it’s not really giving “shoulder pads”. They also note that she could have gone much bigger in the panel discussion. The judges tell Jasmine that her runway look was top tier, but she too could have gone a bit bigger in the challenge (which SUCKS because she spent the whole challenge biting her tongue). Finally, the judges tell Daya that she did a great job in the challenge, but they don’t completely love her G.I Jane runway.

Following deliberations Ru crowns Bosco as the winner of this week’s challenge. Willow, Deja, and Daya are all safe for the week. Jorgeous and Jasmine are the bottom two queens of the week, and therefore must compete in the lip sync for their lives. 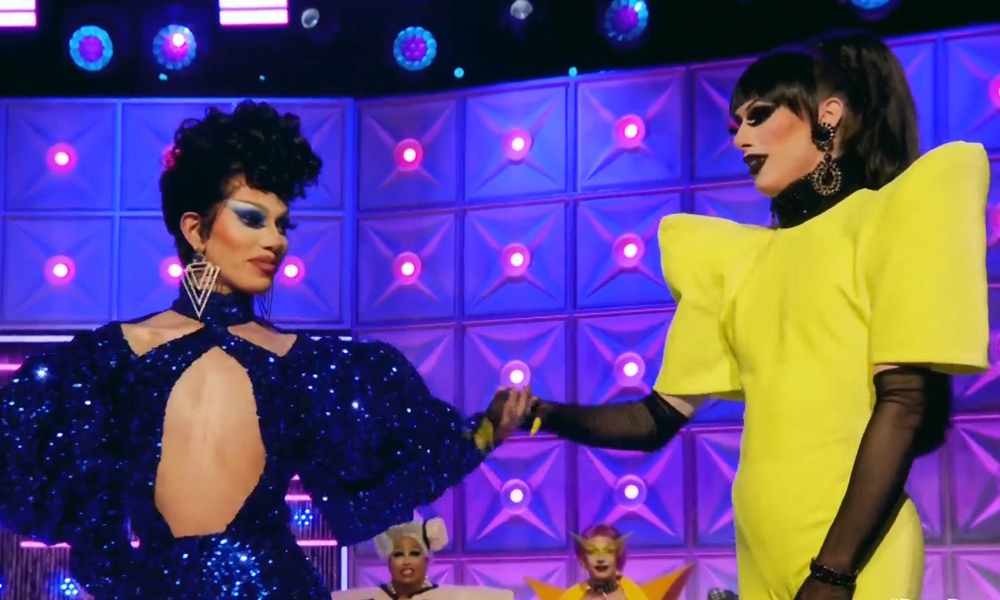 The two queens lip sync to “Something’s Got a Hold on Me” by Etta James, and both queens are giving it their all. This is Jasmine’s third lip sync, but she’s not giving up without a fight. Following the lip sync Ru decides Jasmine and Jorgeous will both stay in the competition and tells the safe queens that THIS is how you lip sync for your life. So, nobody is going home, and there is no Wonka bar reveal.

Next week on Drag Race: It’s time for Snatch Game!! Who will sink, and who will swim? Actress/singer Dove Cameron is a guest judge.